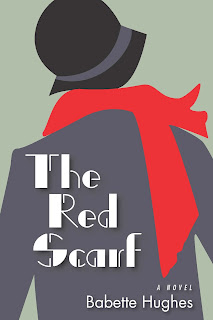 Please welcome Babette Hughes in celebration of the release of her new novel, The Red Scarf.

My novels, THE RED SCARF, it’s prequel THE RED HAT and THE LOCKET, soon to be published, follow Kate Brady from the age of eighteen to eighty, reflecting my fascination with the way historical events affect lives, like Prohibition and The Great Depression.

I was two years old when my bootlegging father and innocent uncle (who just happened to be in the wrong place at the wrong time) were ambushed and murdered by the Mafia in a turf war. When I was old enough to ask my mother how my father died, she said he died of pneumonia.

So at the age of 18 I began a search for the truth. I read old newspapers in the Cleveland Public Library that described the murders in screaming headlines. I asked questions of surviving relatives. I researched a book about the Jewish Orphan Home in Cleveland, Ohio where my mother lived from 1900 to 1915 from the time she was three years old.

She met my father in 1912 at the age of fifteen, after graduating from the orphanage. He was considered a catch for an orphan girl—good-looking with money in his pocket and a shiny Winton automobile. They were married in 1915 and when Prohibition became law in 1919 he found the career he was born to.

Then, as if my mother hadn’t had enough bad luck with orphanhood and her husband’s violent life and death, unemployment went from 3% in 1929 to 25% in 1930. Fully half of Cleveland workers were jobless. There were long soup lines. The Dow Jones Industrial Average lost nearly 90% of its value. Scores of people were killing themselves. And my mother found herself a single parent trying to support two children in the midst of The Great Depression when she was paid in her job at City Hall with worthless paper money called script by the bankrupt City of Cleveland.

But back then we Americans were like family looking out for each other, united in mutual struggles and shared experiences. There was not the bitter personal and political polarization that exists today or the abyss between the rich and poor or Washington’s political paralysis. Even Al Capone opened a soup kitchen.

My family emerged from the challenges made stronger by its ordeals, more compassionate to the unlucky, and the tools earned from adversity for an enriched life. And not the least, animating my imagination for the characters who live in my novels.

The Red Scarf opens with Kate Brady, aka, Mrs. Ben Gold trying to find a normal life as the widow of the Godfather of the Jewish mafia, Ben Gold. Ben Gold is dead and the file is closed as far as law enforcement is concerned. The angry remaining Sarsini brother is the killer, or at least that’s what the FBI believes. Good riddance is what they and everyone who knew Ben Gold think, and Kate agrees wholeheartedly. Ben had treated her badly, was not a good man, and frankly deserved exactly what he got.

And, so, as The Red Scarf picks up her story she is attending college, living on the millions of dollars of ill-gotten gain that Ben had left her, and trying to put the life of a moll behind her. But once again, even from beyond the grave, Ben Gold drags her back into the dangerous world of gangster and guns.

When handsome FBI agent Adam Fairfield is introduced as a guest lecturer, she feels immediately drawn to him, and he to her. A torrid love affair ensues and soon, she is risking her life by revealing her darkest secret to him, trusting that he won’t put her away for life, or worse.

For Kate, this story is about more than the thrill of bringing down another bad man who is intimidating her community and abusing his wife. This is about redemption. It’s about getting on with her life and leaving behind as best she can the lengthy laundry list of mistakes she had made as a young and impressionable woman.

Once again, Babette Hughes brings all the moving parts of this story to what is becoming her signature, a climactic finish that leaves the reader breathless and yet still thinking about all the twists and turns and the characters we met in The Red Scarf days later, long after the last page is turned. 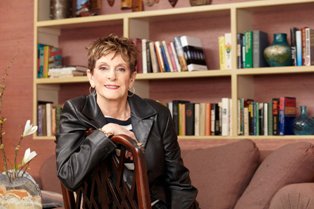 About the author
Babette Hughes, author of The Red Scarf, The Hat (winner of the Texas Association of Authors’ Historical Fiction Award 2011-2012), Lost and Found, and co-author of Why College Students Fail, is also a contributing blogger for The Huffington Post. She has also been published in theSaturday Review; been contributing editor of Cleveland Magazine; a twice-weekly columnist for the Cleveland Press; and has published articles and book reviews in the Cleveland Plain Dealer and the Sunday Magazine. She has also written, produced and appeared in television documentaries and news and feature stories for Cleveland television stations WKYC-NBC and WNBK-UHF.


In addition to her writing career she has been been National Director of Women’s Political Action for Hubert Humphrey in his 1972 Presidential campaign, as well as founder and President of Discover Yourself, Inc., a motivation and self realization program for women. She has also been Director of Public Relations for Revco D.S., Inc. in Twinsburg, Ohio, and Account Executive with Frazier Associates, in Washington, DC. She and her husband live in Austin, Texas, and are the parents and step-parents of eight children.

Pre-Order a Special Edition, signed hardcover copy of The Red Scarf. They are signed, numbered and contain a special Author's Note exclusive to this edition. There are only 200 Special Editions in print.