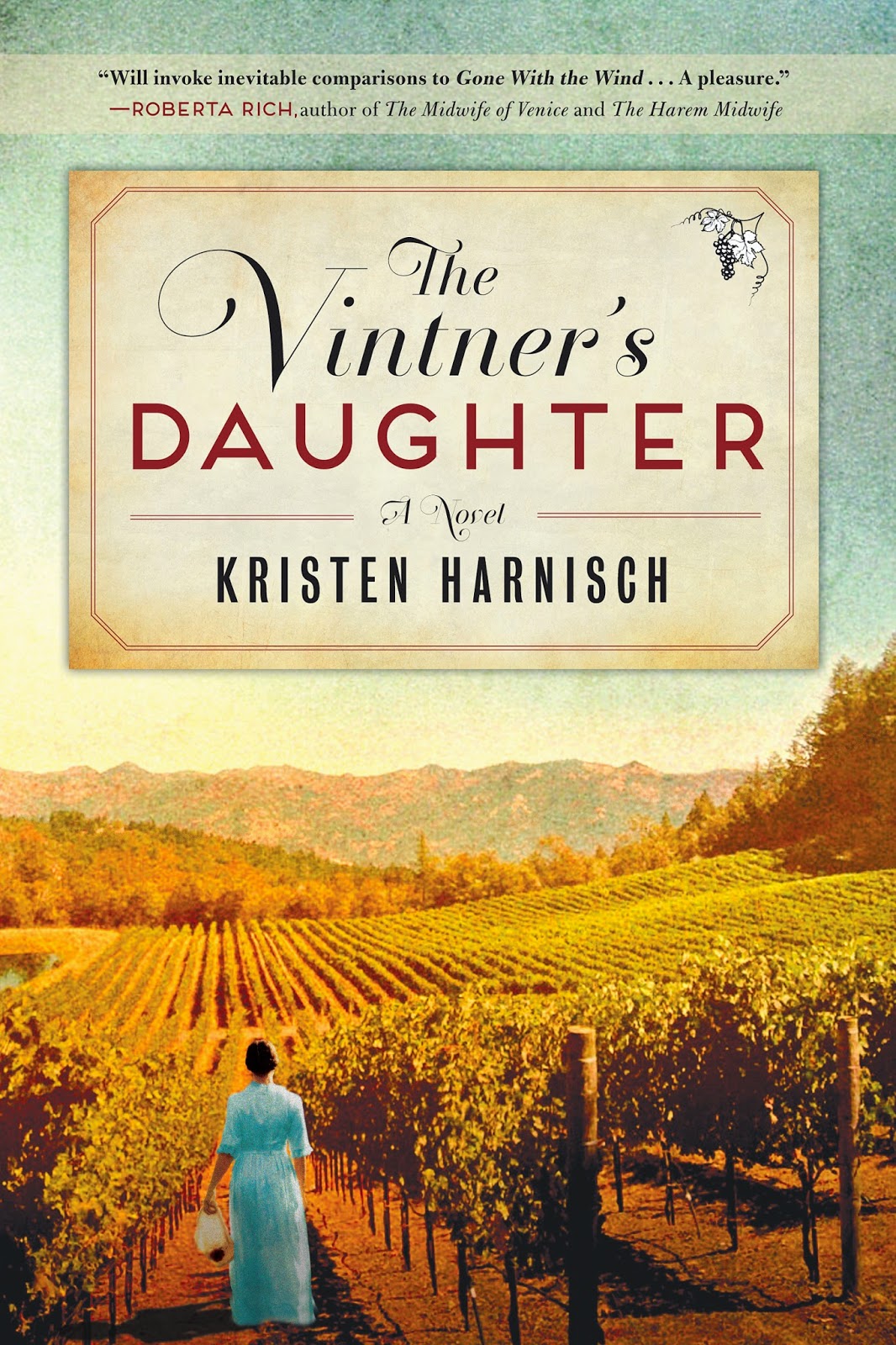 The Vintner’s Daughter is the story of Sara Thibault’s struggle to reclaim her family’s Loire Valley vineyard, and Philippe Lemieux, the son of a rival family whose ambition is to own the largest vineyard in Napa. Surprisingly, I spent just as much time researching my debut historical novel as I did writing it. To accurately portray Sara and Philippe’s late-nineteenth century worlds, I studied the customs of the Loire, and numerous French and American wine history books. I read about the depravity of the Manhattan slums and scanned years of California wine trade papers, like the Pacific Wine and Spirit Review. I toured eight Napa vineyards (and, of course, sampled the wine!), consulted a master winemaker, and sifted through the old maps, photographs and eyewitness accounts of Napa in the late 1800s. The fascinating historical and winemaking details of the era, to a great extent, dictated the novel’s plot. 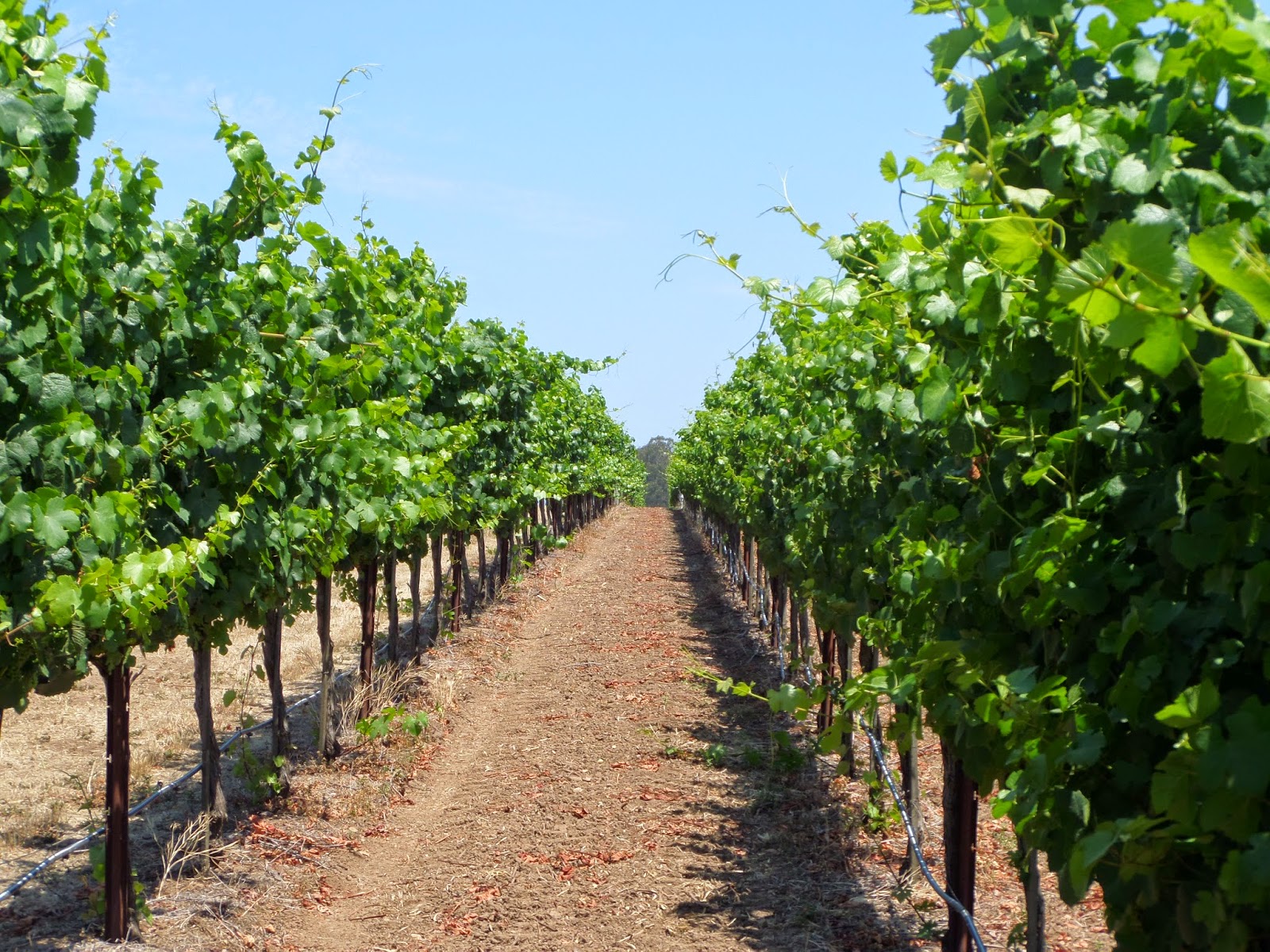 For example, I set the book in the late 1800s because both France and Napa vineyards were suffering—and beginning to recover—from the devastation of the phylloxera louse, a small yellow insect that invades the vine and sucks it dry of nutrients. From 1870 to the mid-1890s, the bug destroyed forty percent of the vines throughout France and fifty percent of the vines in Napa County. This devastation is the catalyst for the tragedy that befalls Sara’s family, but simultaneously presents a potentially lucrative opportunity for Philippe Lemieux.

When Sara is forced to flee to America, she slips into a world starkly different from the fruitful and sunlit vineyard of her childhood. Jacob Riis’s How the Other Half Lives gives a startling account of the poverty and corruption of Manhattan’s Lower East Side in 1896. This groundbreaking book inspires Sara’s experiences in this dangerous, gloomy slum of New York. The licentious lady of the night, the shifty-eyed street urchins, and the tenement children, afflicted with sores, rolling cigarettes for cash, all create a dark outer world that reflects Sara’s inner turmoil—the mixture of guilt and relief she feels about the sin she’s committed. The convent is her refuge from the chaotic streets of New York, but it quickly becomes her prison, preventing her from following in her father’s footsteps as a master winemaker—until she makes the fateful decision to leave. 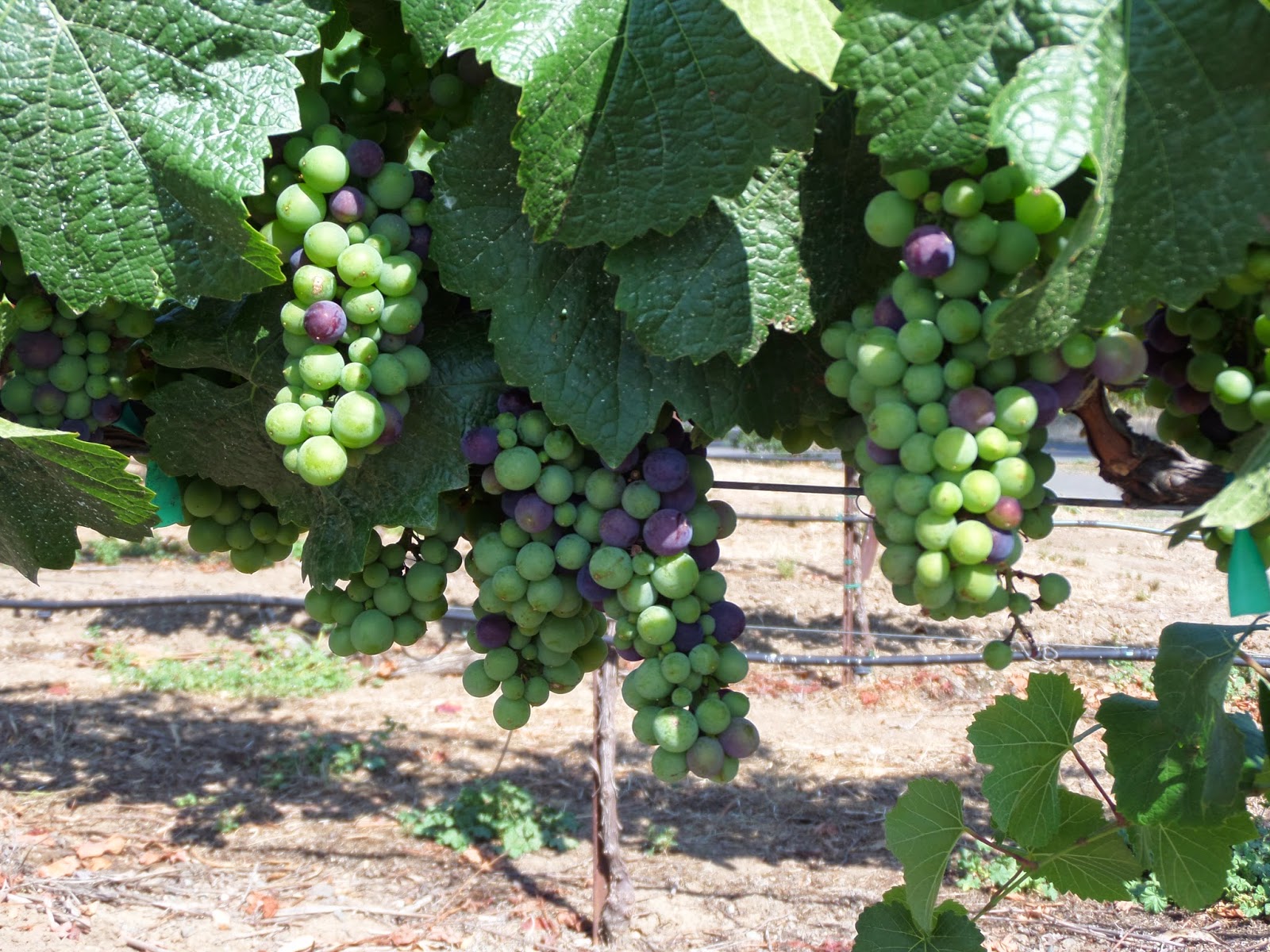 The business side of Philippe’s story is based entirely on events that actually occurred in the wine industry from 1896-1897. Phylloxera-stricken Napa farms were abandoned, grape farmers developed new methods for replanting phylloxera-resistant vines, the threat of higher tariffs jeopardized California wine prices, and forward-thinking vintners began to bottle and label their wines, instead of indiscriminately blending and barreling their reds and whites for shipment. The period between the phylloxera infestation of the late 1800s and the Prohibition of the early 1900s was a time of excitement, innovation, and the birth of today’s vibrant Napa winemaking region. 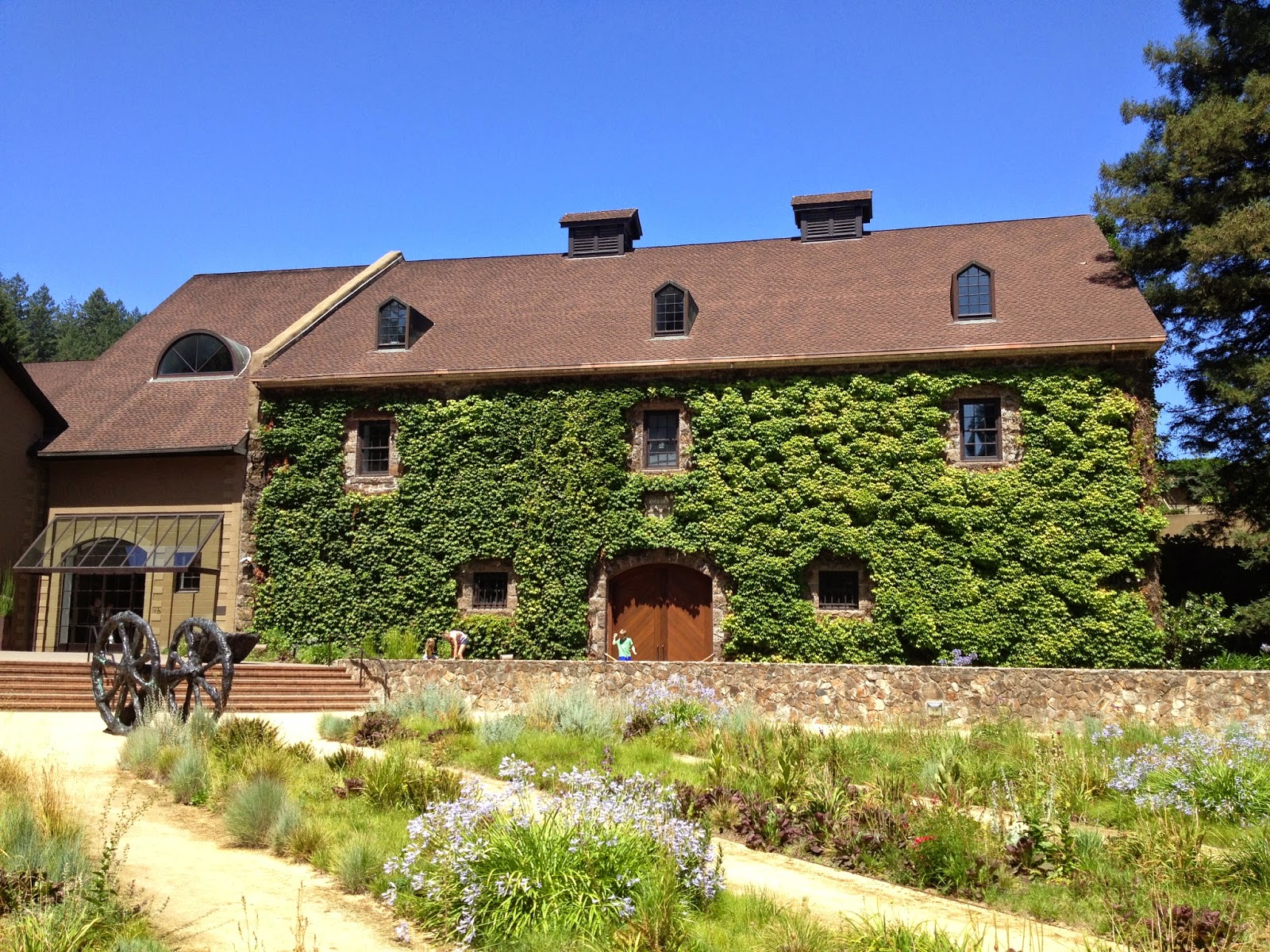 I write historical fiction because I love to learn about the intricacies of life in another era. In The Vintner’s Daughter, it is my intention to lead the reader into every scene, so they experience the sights, sounds, smell, feel and taste of nineteenth-century vineyard life as the characters do. I sincerely hope you enjoy the journey!

In 1895, seventeen-year-old Sara Thibault’s dream is to follow in her father’s footsteps as master winemaker at their stunning Loire Valley family vineyard, Saint Martin. Although many don’t understand her ambition, Sara forges ahead toward her goal with a determination that will soon prove essential.

When Sara’s father is killed in a mudslide, her mother sells their land to a business rival whose eldest son married Sara’s sister, Lydia. Sara is shocked and deeply disappointed, having hoped to take over, to make her father proud. Disappointment quickly turns to fear when she realizes that her new brother-in-law Bastien has no real interest in the vineyard and far too much interest in her.

A violent tragedy leaves Bastien dead and compels the sisters to flee to America. Sara plans to eventually reclaim her family’s vineyard, but for now she travels to California in hopes of making her own way in the winemaking world. When she encounters Bastien’s brother, Philippe—a man as committed to bringing his brother’s killer to justice as he is to building the largest vineyard in the Napa region—they are instantly drawn to each other. But now she must make a choice: to risk discovery or run again. Will he help her regain Saint Martin, or prosecute her for her crime? How much more can she lose? And what loss is finally too great to bear?

Kristen Harnisch’s sweeping debut is a tale of betrayal, retribution, love, and redemption. THE VINTNER'S DAUGHTER is a captivating story that immerses readers in the rich cultures of the Loire Valley, New York, and Napa and a tenacious heroine’s fight to determine her own destiny.

Praise for the book
“One of the novel’s highlights is its rich history of the wine-making process through the eyes of a woman who is passionate and meticulous about each step.... In the beginning, [Sara] endures nonstop pain and loss, but these tragedies transform her from a smart, hardworking girl into an independent, resourceful woman. At its core, The Vintner’s Daughter is a story of perseverance and transcending one’s past.”—Booklist

“A young French woman, determined to pursue her dreams, shows resourcefulness and endurance as she journeys from her home to America in a novel set in the late 1800s….the plot is engaging and well-paced. Wine aficionados and fans of romance and historical fiction will drink this in.”—Kirkus Reviews

“Lush and evocative, this novel brings the Loire Valley and its glorious vineyards to life in a story that will delight readers everywhere. Enjoy with your favorite glass of Merlot!”—Adriana Trigiani, bestselling author of The Shoemaker’s Wife

“… will invoke inevitable comparisons to Gone with the Wind…. A pleasure.”—Roberta Rich, author of The Harem Midwife and The Midwife of Venice 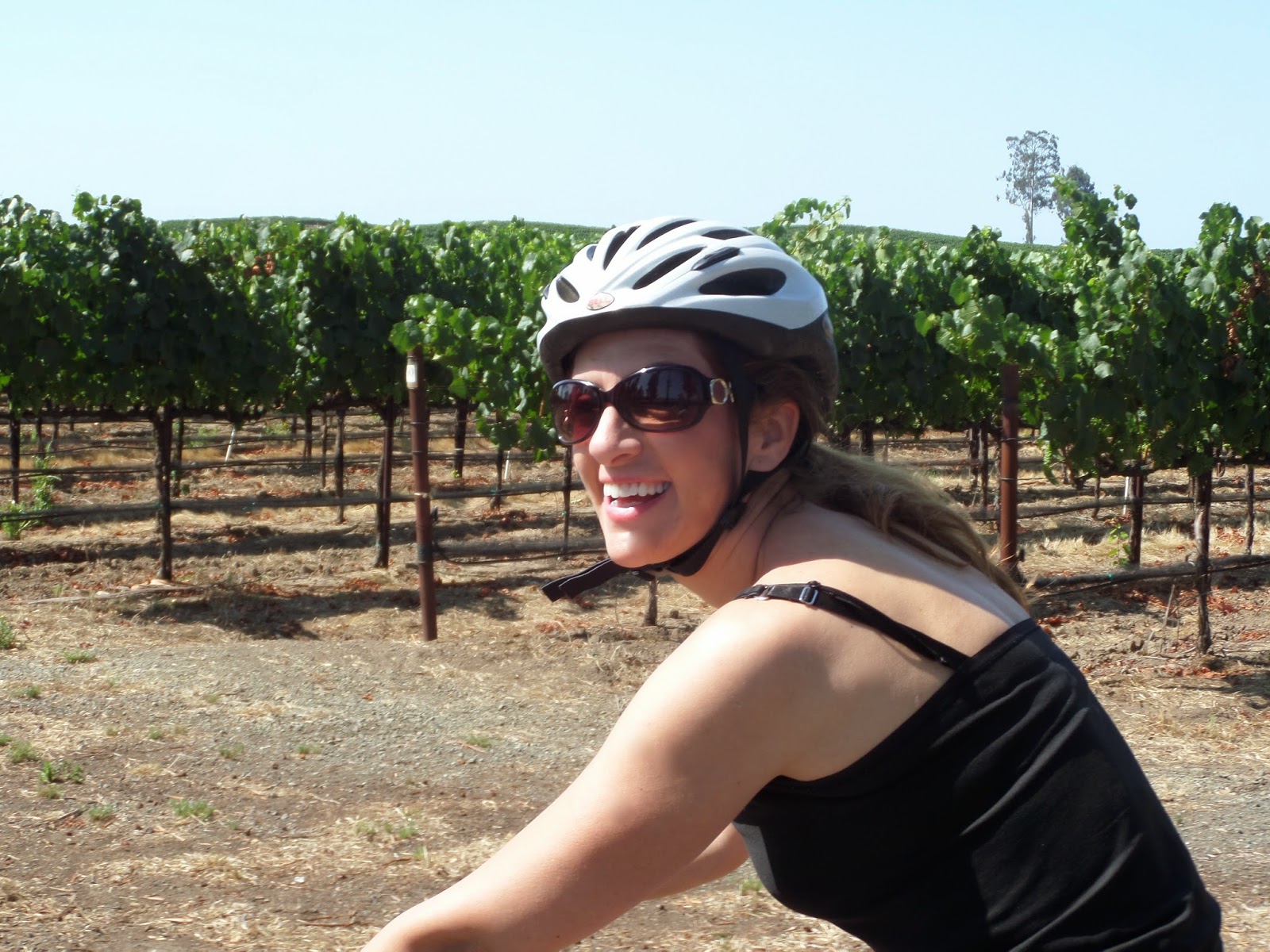 About the author
Kristen Harnisch drew upon her extensive research and experiences living in the San Francisco Bay Area and visiting the Loire Valley to create the story for The Vintner's Daughter, the first in a series about the changing world of vineyard life at the turn of the 20th century. Harnisch has a degree in economics from Villanova University and currently resides in Connecticut.

Giveaway: Enter to win a copy of The Vintner's Daughter by leaving a comment below with a way to contact you if you win. Open to U.S./Canada Only. Last day to enter is Friday, September 5. Good luck!
Posted by Michelle Stockard Miller at Friday, August 22, 2014