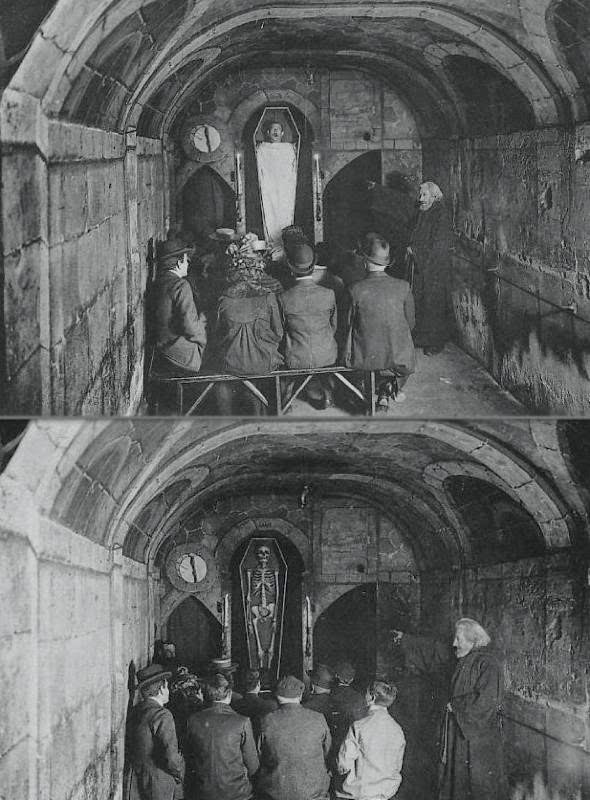 The nineteenth century in Paris was certainly a strange time. Several themed nightclubs opened up during this century, and a few continued into the early twentieth century. Being from the Twin Cities, MN I am used to seeing themed cafes and bars, since the Mall of America is located here. We’ve had rain forests with live parrots, an African Savanna, a volcano erupting, and Atlantis all featured in cafes with various results.

For the next few guest posts I’m going to share some of the weird-themed establishments in Paris/Montmartre. The first one we will “visit” was named Cabaret du Néant (Tavern of the Dead). Authorities objected to the name, so it was then called Cabaret of Nothingness. Visitors followed a “monk” down a dark hall to enter.

The tables were wooden coffins and were decorated with imitation human skulls. Arranged haphazardly, the room appeared to have been the location of a catastrophe which had only recently occurred. Walls featured guillotines in action, battle images, skulls and bones, skeletons, and mottos about death. 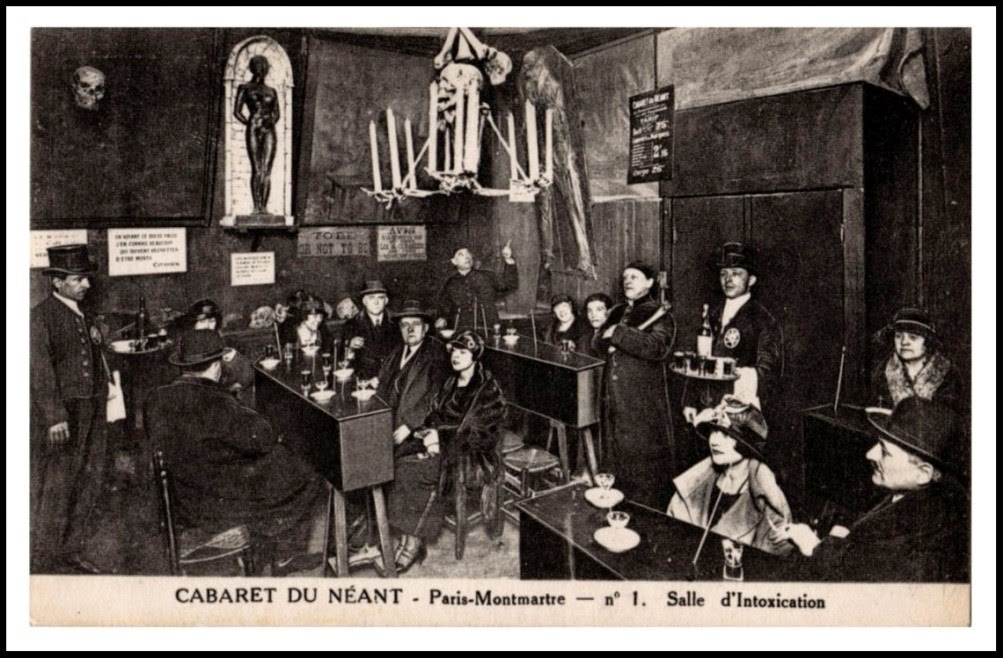 Pallbearers took drink orders and cried out the drinks by calling them names of diseases and ailments. Paintings dissolved before the patron’s eyes, changing figures to skeletons.

Then, while a funeral march played and bells solemnly tolled, the patrons were taken to a second chamber. A volunteer from the audience would step onstage and enter a standing casket. After being wrapped in a white shroud, the crowd was stunned as the volunteer dissolved into a skeleton. Then she/he returned back to their original state. In a third chamber an optical effect showed a spirit walking around yet another random volunteer as they sat at a table onstage. 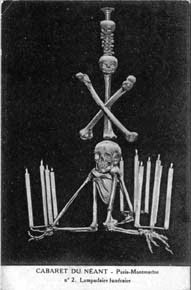 This particular cabaret and show existed in the 1890’s. There was also one in New York City, I believe at the same time. Not a lot more is known about this cabaret, but I thought it was bizarre enough to share what I do know about it with you.

Who said people were uptight and morally superior in past times? Those who say it haven’t studied history much! In next month’s blog we’ll be traveling to yet another unusually themed cabaret in Montmartre. I’m not going to tell you exactly where we’re going, but I’ll give you a clue: You better dress cool because the place we’re going won’t ever freeze over.