This is a book tour cross post from The True Book Addict blog.  For full tour details, go HERE. 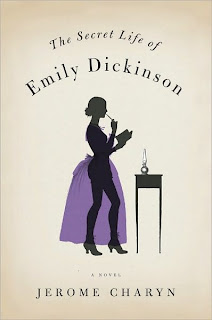 My thoughts:
Besides her poetry, I have to admit that I know little about the historical figure of Emily Dickinson. Though a work of fiction, Charyn has given us some possible insight into what Emily may have been like. A self-proclaimed 'spinster', it's hard to say if Emily's spinsterhood was brought about by her father's overbearing nature and his selfish desire to keep his family close or due to her own eccentricities, of which we learn in this book she had quite a lot. Emily runs a constant internal monologue and she seems peculiarly obsessed with men, or should I say sex. She starts out enamored of the handyman at her boarding school and continues on with a list of various men that she fantasizes about, tries to run off with, asks them to marry her...the list culminates with an endless obsession with the Reverend Charles Wadsworth. The interesting part of the book is that her writing seems to take a backseat to everything else. She speaks of her 'scribblings' on scraps of paper, envelopes, and fliers--almost like her brilliant poetry was an afterthought. Nonetheless, Charyn has constructed an interesting and endearing portrait of Emily Dickinson, however fictional it may be, and I, for one, have been bitten by the bug of wanting to learn more about her.

Book description from goodreads:
Jerome Charyn, "one of the most important writers in American literature" (Michael Chabon), continues his exploration of American history through fiction with The Secret Life of Emily Dickinson, hailed by prize-winning literary historian Brenda Wineapple as a "breathtaking high-wire act of ventriloquism." Channeling the devilish rhythms and ghosts of a seemingly buried literary past, Charyn removes the mysterious veils that have long enshrouded Dickinson, revealing her passions, inner turmoil, and powerful sexuality. The novel, daringly written in first person, begins in the snow. It's 1848, and Emily is a student at Mount Holyoke, with its mournful headmistress and strict, strict rules. Inspired by her letters and poetry, Charyn goes on to capture the occasionally comic, always fevered, ultimately tragic story of her life-from defiant Holyoke seminarian to dying recluse 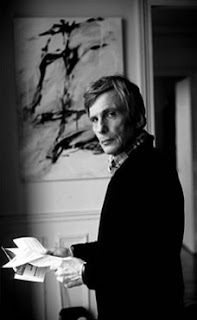 About the author:
Jerome Charyn (born May 13, 1937) is an award-winning American author. With nearly 50 published works, Charyn has earned a long-standing reputation as an inventive and prolific chronicler of real and imagined American life. Michael Chabon calls him “one of the most important writers in American literature.”

New York Newsday hailed Charyn as “a contemporary American Balzac,” and the Los Angeles Times described him as “absolutely unique among American writers.”

Since the 1964 release of Charyn’s first novel, Once Upon a Droshky, he has published 30 novels, three memoirs, eight graphic novels, two books about film, short stories, plays and works of non-fiction. Two of his memoirs were named New York Times Book of the Year. Charyn has been a finalist for the PEN/Faulkner Award for Fiction. He received the Rosenthal Award from the American Academy of Arts and Letters and has been named Commander of Arts and Letters by the French Minister of Culture.

Charyn was Distinguished Professor of Film Studies at the American University of Paris until he left teaching in 2009.

In addition to his writing and teaching, Charyn is a tournament table tennis player, once ranked in the top 10 percent of players in France. Noted novelist Don DeLillo called Charyn’s book on table tennis, Sizzling Chops & Devilish Spins, "The Sun Also Rises of ping-pong."