Please welcome back author Colin Falconer to Historical Fiction Connection.  He is the author of the upcoming novel Silk Road.

It’s rare these days to find an historical novelist who hasn’t written about the Tudors. The story of Henry VIII and Elizabeth I is rich with intrigue, heaving bosoms, treachery, huge codpieces, starched ruffs, and pale, ambitious, doomed women. Desperate Housewives meets the Rack. You would think that with the number of words - and furlongs of celluloid - dedicated to their story, even just over the last two decades, that the harvest was in, the cellar empty, the bottle dry.

So it was with no little reserve that I approached Hilary Mantels’ WOLF HALL. What else was there to say about the Tudors? Well, quite a lot, apparently.

The novel’s back drop is a defining moment in British history, when Henry wrested power away from the Catholic Church and allowed Britain to worship - and think – for itself. But Bluff King Hal was not motivated by great religious purpose; he was simply in love with a younger woman and wanted a son and heir. He was, as Mantel paints him, a man terrified for his immortal soul but not so concerned that he was going to let anyone – even God - stand in his way.

WOLF HALL follows the contest between Henry and his first wife, Catherine of Aragon; between the Pope and the King; between Thomas More and Thomas Cromwell. But this isn’t the story; this is just the plot. The world to which we are allowed entry is not that of Henry VIII, or the Boleyns, but the much maligned Thomas Cromwell.

We follow his rise from a Putney blacksmith’s son to the second most powerful man in England and if that was all the narrative, it would have made an adequate Jeffrey Archer novel. In Mantel’s hands it becomes something else.

I was prepared for a long and tedious beginning. After all, didn’t this win the Man Booker Prize in 2009? The cast list of the characters at the beginning reads like the telephone listing of a small town. When I picked it up, my heart sank.

I expected the opening paragraph to be a long description of a vase. Instead, on the first page, we meet Thomas Cromwell as a teenager, being kicked unconscious on the cobblestones by his father. Hard not to cheer for him; stay down, son, stay down. If you try and get up again, the next boot will kill you.

His married sister dresses his injuries and he escapes on a boat to France. The next time we encounter him he is chief counsel to the king’s chief counsellor, Cardinal Wolsey. It's a long way from the mud and blood of the Putney yard, but Cromwell isn’t done yet. He is the ultimate fixer, the man who gets things done. “He can draft a contract, train a falcon, draw a map, stop a street fight, furnish a house and fix a jury." He also knows the New Testament by heart. While Wolsey and More crumble under the press of the king’s tantrums and whimsies, Cromwell endures and prevails. When Cromwell falls gets sick the king pays a personal visit to his home to see him well again. Even his bitterest enemies come to rely on him.

Much of Cromwell's history is told in quicksilver flashbacks. They beg more questions than they answer and add to his allure, allowing the reader to recreate the man in their own mind. We expect a monster with a heart like an abacus; instead Mantel shows us an enforcer who champions tolerance, a free-thinker who still ensures that the king has his way. His affection for his family, his ward - even his enemies - disarms. In finding charity in one of history’s villains, she has found the unseen aspect of Henry’s story and rendered it utterly fresh.

In fact she relegates the king and all those wives as well as the religious future of England to an afterword; it’s Cromwell’s fate that captivates. We never do go to Wolf Hall though we sense that is where his fortunes will finally turn.

This is a beautiful and surprisingly tender book. The assumption is that there will be a sequel but I hope she will leave this work to stand alone. We all know that Cromwell came to a nasty end and this lends poignancy to the book’s enigmatic ending.

This is not so much a novel as a portrait, the artist capturing a great man in his moment of pre-eminent glory just before tragedy overtakes him. “Lock Cromwell in a deep dungeon, says Thomas More, and when you come back that night he’ll be sitting on a plush cushion eating larks’ tongues, and all the gaolers will owe him money.” It is the sense of doom unforeseen that lends brilliance to the artist’s precise brushwork. 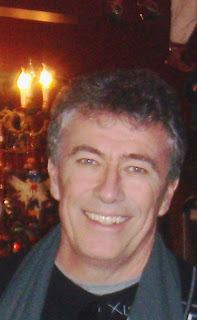 If you are looking for a bodice ripper or a Ken Follett saga, this is not for you. Mantel’s overuse of the personal pronoun may also drive you to distraction. Who said what? But this time the Booker judges got it exactly right. Cromwell may well charm you in the same way he seduced Henry’s court. When the book ends it is like saying goodbye to an old friend.