Shadow on the Crown by Patricia Bracewell

Available for purchase today is the debut novel from Patricia Bracewell, set at the start of the High Middle Ages where no one was safe from Vikings or even their fellow nobles!
Find it at Amazon or Barnes & Noble
Read my review 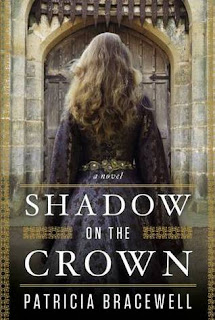 Shadow on the Crown by Patricia Bracewell
(First in a trilogy)

Synopsis:
A rich tale of power and forbidden love revolving around a young medieval queen.
In 1002, fifteen­-year-old Emma of Normandy crosses the Narrow Sea to wed the much older King Athelred of England, whom she meets for the first time at the church door. Thrust into an unfamiliar and treacherous court, with a husband who mistrusts her, stepsons who resent her and a bewitching rival who covets her crown, Emma must defend herself against her enemies and secure her status as queen by bearing a son.

Determined to outmaneuver her adversaries, Emma forges alliances with influential men at court and wins the affection of the English people. But her growing love for a man who is not her husband and the imminent threat of a Viking invasion jeopardize both her crown and her life.

Based on real events recorded in the Anglo-Saxon Chronicle, Shadow on the Crown introduces readers to a fascinating, overlooked period of history and an unforgettable heroine whose quest to find her place in the world will resonate with modern readers. 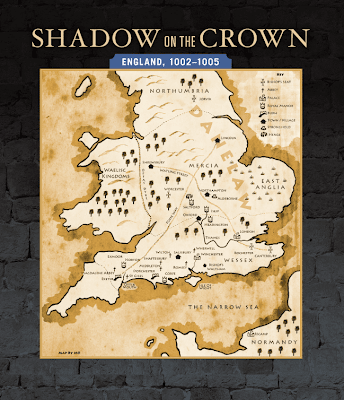 About the Author:
Patricia Bracewell is a native of California where she taught literature and composition before embarking upon her writing career. A lifelong fascination with British history and a chance, on-line reference to an unfamiliar English queen led to years of research, a summer history course at Downing College, Cambridge, and the penning of her debut novel SHADOW ON THE CROWN. Set in 11th century England, SHADOW is the first book of a trilogy about Emma of Normandy who was a queen in England and a power behind the throne for nearly four decades. Patricia is working on the two follow-up novels in the series, but takes time out for tennis, gardening and travel. She is the mother of two grown sons and lives with her husband in Northern California. Visit her website at http://www.patriciabracewell.com/
Posted by BurtonReview at Thursday, February 07, 2013