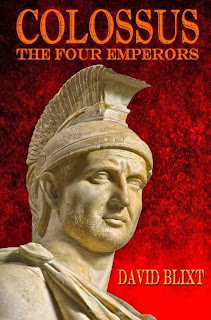 Please welcome David Blixt as part of the virtual tour for his novel, Colossus: The Four Emperors.

Before the advent of certain small persons into my life, I had the good fortune to be rather well-traveled. I made it a point to visit all the major locales in my stories – London, Paris, Verona, Florence, Rome, Delphi, Masada, Jerusalem, and more. It’s so useful to walk the streets, breathe the air, literally see the light. Towns have flavors, colors, all their own.

Yet I’m convinced that travel is actually second to research and imagination. Why? Because cities change. Because experience, while powerful, can be misleading. Because of the trickiness of memory.

Here’s what I mean: Rome is a city built upon itself. You can see this if you visit the Forum Romanum – you have to descend from the modern street above to reach the excavation. But in my memory, it’s hard to remember that it was not that way in 69 AD. I mean, Rome is the City of the Seven Hills, right? So it’s natural to think of the area as hilly. And it was. But the hills were on the other side.

Yet, as I wrote the climax of The Four Emperors, which all takes place on the Capitoline Hill that overlooks the Forum, I kept envisioning the Forum as I had experienced it – not as it had been 2000 years ago. To rectify that, I started poring over maps, reimagining the Forum from both a bird’s eye view and from the ground up. I had to mentally reconfigure the site as something quite different than what I had seen, construct monuments, invent ornaments. And I had to re-orient myself entirely to what had been there then, not now. The result is pretty accurate and, I’m told, quite vivid.

So being there helped for flavor, but I couldn’t rely on my memory to guide me. I had to create – or rather re-create – the place anew.

This same tale holds very, very true for Jerusalem, which appeared in the first Colossus book and is the central locale for the next one. Being there was fantastic. But to rely on my memory of a place would be to cheat the reader of the experience of traveling through time, seeing it as it was, not as it is.

Another example, from another series: I first visited Verona in 1998, up from Florence where I was visiting my girlfriend. I was about to direct Romeo & Juliet back in the states, and I thought it would be great fun to see the city where it all went down.

Emerging from the seemingly all-glass train station, the streets were slick with rain, the sky grey. Determined to see as much of the city as possible, I decided to walk. It was a steep, slick climb from the train station to the Arena, battling wind all the way.

Later, when it came time to write Pietro Alaghieri’s entrance to the city, I recreated that breathless climb up the hill, the Arena bursting upon him from the horizon. It was a dramatic introduction to the city, and I was quite proud of that bit of writing. Until 2002, that is, when I returned to Verona on my honeymoon. I had warned my wife of the hill. As we walked I kept wondering when the hill started. “Any second now!” Naturally, we reached the Arena having experienced barely any incline at all. Jan has mocked me mercilessly for it ever since.

Thus the danger of memory.

I love travel. Beyond cultural cues and local sensations, it sparks ideas. There are details in cities that are not visible in photos that are irreplaceable, wonderful. I would never have known about death doors or seen Verona’s underground Roman ruins without taking the time to go.

Yet, knowing of excavations in Rome, I imagined them in Verona long before I ever saw them. The best journey for an author is the imaginary one, recreating each city, brick by brick. Imagination can conjure up just as much detail, and is less fallible than memory.

Rome under Nero is a dangerous place. His cruel artistic whims border on madness, and any man who dares rise too high has his wings clipped, with fatal results.

For one family, Nero means either promotion or destruction. While his uncle Vespasian goes off to put down a rebellion in Judea, Titus Flavius Sabinus struggles to walk the perilous line between success and notoriety as he climbs Rome's ladder. When Nero is impaled on his own artistry, the whole world is thrown into chaos and Sabinus must navigate shifting allegiances and murderous alliances as his family tries to survive the year of the Four Emperors.

The second novel in the Colossus series. 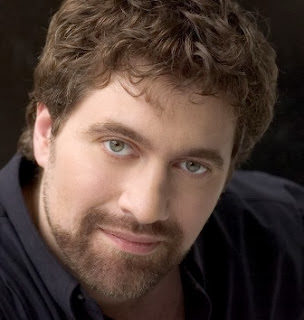 Author and playwright David Blixt's work is consistently described as "intricate," "taut," and "breathtaking." A writer of Historical Fiction, his novels span the early Roman Empire (the COLOSSUS series, his play EVE OF IDES) to early Renaissance Italy (the STAR-CROSS'D series, including THE MASTER OF VERONA, VOICE OF THE FALCONER, and FORTUNE'S FOOL) up through the Elizabethan era (his delightful espionage comedy HER MAJESTY'S WILL, starring Will Shakespeare and Kit Marlowe as inept spies). His novels combine a love of the theatre with a deep respect for the quirks and passions of history. As the Historical Novel Society said, "Be prepared to burn the midnight oil. It's well worth it." Living in Chicago with his wife and two children, David describes himself as "actor, author, father, husband. In reverse order."

For more about David and his novels, visit www.davidblixt.com.

Visit the other tours for more guest posts, reviews and giveaways - HFVBT TOUR SCHEDULE
Follow the tour on Twitter - #FourEmperorsTour

Stop by my main blog, The True Book Addict, to read my review and enter the giveaway to win a print copy of the book...open internationally!
Posted by Michelle Stockard Miller at Wednesday, October 23, 2013