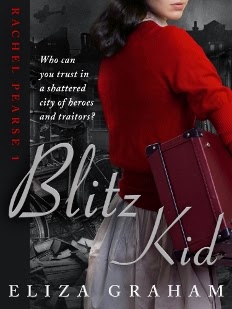 The teenage voice in historical fiction

I’ve just published my novel for young adults: in this case, people of roughly 12 to 15. My protagonist, Rachel, 14, lives in London in autumn 1940. Primary and secondary sources galore exist on the effects of the Blitz on London: books, archives, websites, libraries and museums. What’s been more challenging is knowing how Rachel would have viewed her particular time of life. She would not have used the word ‘teenager’ to describe herself, but would almost certainly have regarded herself as different from both younger children and adults, inhabiting a kind of mid-ground.

Writing a 1940s young adult character has been challenge enough, but what of those writers painting characters from earlier times? Suppose your protagonist is a 17-year-old medieval nun? Or a 17th century 15-year-old farm worker? Would they view themselves as young women or men, or still as children, or as somehow inhabiting a separate group?

During the Middle Ages, groups of young men were given the ‘right’ to form their own groups, perhaps based on shared apprenticeships. Apparently drinking and staying out late featured in the social lives of these groups, as it still does, in Britain at least. Young women do not appear to have been afforded the same rights of rowdy association. But the big move towards regarding young people as a distinct group started in the nineteenth century within industrialized nation-states. At this point, societies began to acknowledge adolescence as a particular life stage: a time of vulnerability because of the many changes – physical and emotional – it brought with it.

As populations moved into cities and young people were released from labour in fields, schools became more important, often mandatory. For the first time there were large numbers of young people clustered together in schools and colleges. Commercial popular culture was not slow to appreciate the opportunities presented by these concentrated groups of youngsters, and, as the twentieth century progressed, film in particular became a form of popular culture explicitly targeted at young people.

So what was happening in the world of books while this shift took place?

The novels of the late eighteenth and nineteenth century certainly have their share of teenage protagonists: Jane Austen’s Catherine Morland, Jane Eyre, Jo March in Little Women and Pip in Great Expectations among them. But these characters are not all necessarily intended for a teenage audience.

Catherine Morland in Northanger Abbey grasps towards a more adult and knowing way of viewing life. But while sympathetically viewing Catherine and her often cack-handed attempts to grasp reality, the novel points to Catherine’s need to grow up and stop seeing her life as a Gothic novel: to become ‘rational’. Poor Catherine. Fast-forward her two hundred years and she could have starred in her own vampire young adult novel and had lots of fun.

Although many young people read Great Expectations – it’s one of the shorter and ostensibly more straightforward of Dickens’ novels – Dickens is perhaps really writing the novel for those experienced enough in life to see the tragedy and irony in Pip’s young adult life, to know that he is chasing false gods in his pursuit of fashion and Estella’s heart. The older Pip interjects into the younger Pip’s accounts, thus young Pip does not entirely inhabit the first part of the book in his own right. Great Expectations is a bildungsroman, a novel of development from innocence to experience, while YA, by contrast, revels in the young adult stage of life. In the same way Jane Eyre’s years at Lowood School, gripping as they are, form but one part of her life, to be read in the context of her overall development into mature womanhood.

Louisa Alcott, by contrast, intended her book for a young female readership. The girls may be called ‘little women’, but they are portrayed with their own distinct interests and entertainments: the Pickwick Club, for instance. Jo and Meg work, so they are obviously no longer children, but they are not yet expected to take on the full mantel of adult womanhood, even if they do (for better and worse) help out with domestic and charitable chores. Indeed, Meg’s parents worry that she wants to marry Brooke and take on an inevitable maternal role at too young an age.

But there’s a limit to how much we see of the teenage psyche in nineteenth century novels, no matter how masterful the author. Writers then were without some of the vocabulary we take for granted to explain people. No Freud. No psychology. No modern understanding of neurology and hormones. The modern meaning of the latter word wasn’t in use until early C20th, even if doctors had long regarded the womb as a source of trouble: hysteria, for instance.

Nor was there much understanding of how greatly the brain changes between childhood and adulthood. We now know that teenagers literally use different parts of their brains to carry out tasks than do adults, and this process goes on for longer than was once recognized. Moreover, certain areas of teenage brains undergo profound alteration during adolescence. One of these changes in brain wiring is that which ultimately enables an individual to take into account another’s perspective before making decisions or drawing conclusions. Empathy, in short, is an attribute that takes longer to develop in adolescents than we once thought.

This slow-developing empathy sounds like a negative, and may well be in private and social life, but there may be an upside for the author writing a young adult novel. Think of the passion the protagonists of young adult novels display – they sometimes feel and act without fully understanding the consequences on other people. Many of us can remember something we did as a teenager that had, to us, completely unforeseen, negative consequences for others. But in fiction this lack of mature empathy perhaps allows characters a kind of freedom: dangerous and even selfish as it may be.

If you choose to write about a young adult character inhabiting an earlier century, you have to both know about and unknow these neurological and hormonal discoveries. A sixteenth-century teenage girl would not have understood that her brain was undergoing profound ‘wiring’ changes, and that was why things that had once seemed straightforward were now complicated. She would not have understood that hormones were flooding her body, changing her physically and emotionally, even if she could see the external effects of their activity on her body. Of course, she may also have been a few years older than her modern equivalent, as puberty and menarche occurred later on centuries ago.

In trying to explain herself to herself, this girl of hundreds of years ago and her family might instead have used religious beliefs or the theory of the humours affecting health and mental state. She wouldn’t be a hormonal teenager; she’d be a young woman expected to behave like an adult. Nobody would have been targeting her with music, books, clothes and goods aimed at her demographic. She would not have had access to the internet or social media to discuss the things that worried her. What a challenge it is to accurately paint characters whose social mind-set is so unlike ours, and whose normal (to us), hormonally driven sexual impulses are regarded as sinful.

I had to wait until I read Cassandra in Dodie Smith’s I Capture the Castle, written in the 1950s but set in the 1930s, to find a real relish for the young adult stage of life in its own right, no matter how difficult and painful it might be. By the end of the book Cassandra hasn’t ‘fixed’ everything: there will still be heartbreak, misunderstanding and difficulty, but she knows more, and knowing means everything to this questing protagonist.

The period starting roughly at twelve and continuing until about eighteen is rich creative territory, full of emotional resonance. Authors are certainly showing eagerness to mine its possibilities, even if, or perhaps because, the challenges of writing young adults from earlier periods are so great.

London 1940. Rachel is alone and adrift in a stricken city as the Blitz reaches its most deadly stage and thousands die in nightly air raids. Her father is under arrest as a suspected spy, her mother seriously ill in hospital. Can she survive in the murky blackout alongside London’s criminals and unearth the real traitors?

Blitz Kid is on a special 99-cent promotion this week at Amazon, Amazon.co.uk, Kobo, and iBooks.

About the author
Eliza Graham is a British author living near Oxford. Her adult novels blend historical threads with contemporary issues of grief, loss and the aftermath of war, and include Playing with the Moon, Restitution and Jubilee. The History Room, was published by Macmillan in 2012. In 2007 Playing with the Moon was longlisted for the Richard and Judy Summer Book Club, and shortlisted for the World Book Day Book to Talk About. Her novels have been translated into German and Norwegian.

Eliza’s new book Blitz Kid is the first in a new series of young adult novels for readers of 12-plus.

Find out more about Eliza at her website and blog.

Follow the instructions on the Rafflecopter form below to enter for a chance at a digital copy of Blitz Kid by Eliza Graham, open internationally!