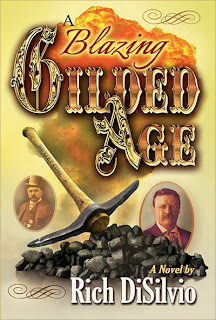 The Blazing Inspiration to Write A Blazing Gilded Age

I was first drawn to this story due to the many books I had read about this era. The Gilded Age was jam-packed with bold iconic figures that seemed larger than life. And while the Civil War era or later Roaring Twenties have been sources for popular novels and silver screen films, the Gilded Age, quite inexplicably, has had no standout novel or movie about it, thus heightening my obsession with this fascinating era.

Having studied history for well over twenty years and penning “The Winds of Time,” a nonfictional tome on Western civilization, I naturally had a great deal of insight under my belt, but not enough about this robust and volatile era. As such, as I delved deeper, it brought to light many impressive and crucial developments of the time, but also the plight of the common laborer. Worse yet, the abominations of child labor. Some of the harrowing events I had read burned in my mind, thus turning a passive obsession into a fervent necessity. As such, my focus switched abruptly, thus devising this poor, fictional immigrant family from Poland, named the Wozniaks. This family of coal miners would serve as the rock-solid foundation, while erecting the huge superstructure that would include a vast assortment of steely iconic figures, like Teddy Roosevelt, J.P. Morgan, Andrew Carnegie, Mark Twain and others, along with lesser knowns, such as Albert Bierstadt, Robert Lincoln and others.

While devising the Wozniak family, I realized that I wanted to have two main brothers acting as opposites, while the addition of a third and oldest brother would add to the dynamics of family life. Having grown up in a house with brothers, I had some very good firsthand knowledge to draw from. No family is without conflict, yet how they deal with conflict becomes the key to success or failure. 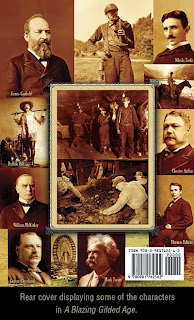 As such, I quickly decided to reject the traditional roles of a Cain and Able or Romulus and Remus, where one brother kills the other or severe conflict ends up destroying their blood bond or love. Real life can often times produce such unfortunate results, but instead, I decided to have the one “good” brother help his “wayward” brother to overcome his rebellious nature. That isn’t always an easy task, yet it is this dynamic of unyielding brotherly love that I found to be an uplifting quality about this particular family, which evidently proved endearing to readers, as I had hoped.

Marcus is the main character, Tasso is his wayward brother, and Stanislaw is the eldest. However, they all Anglicize their names at their father’s request in order to blend into their new American home, thus becoming Marc, Ted and Stan. The story begins with the boys being child laborers and quickly shifts into a fast-paced rollercoaster ride, as the family endures one tragic event after another. The villain (every gripping tale needs a villain!) happens to be their rich and ruthless boss, the infamous coal tycoon Archibald Desmond Huxley.

Here again, I made a concerted effort to paint Huxley as a real man of flesh and blood, not some cardboard villain that is pure evil and receives little to no development. Therefore, Archie is allotted a fair share of the story. He is intelligence and savvy, yet coupled with a crude inner core that is as evil as evil gets.

As the tale unfolds, historic figures and major events are woven into the storyline, such as the Columbian Exposition, Spanish-American War, Pan-American Expo, and two presidential assassinations, not to mention a great deal of sordid political, social and economic antics that had a direct impact on issues that still haunt us today. Therefore, many American readers will be intrigued by these revelations. Moreover, my love for art, architecture and classical music blends beautifully with this time period, so I had plenty of opportunities to include tidbits of culture that will please those interested in the arts or at least pique the interest of others. As such, I believe this saga is a full-blooded American story that has something for everyone.

Praise for “A Blazing Gilded Age”

I laughed, I cried, I held my breath, with an open mouth. What a great story, keeping me on the edge of my seat.  -- Mary Yoder, Amazon review

An Exceptionally Written Novel that is Deeply Affecting!

What a magnificent book!!! As soon as I started it, Rich DiSilvio's prose immediately grabbed me. The opening scene in the coal mine is so very touching and disturbing. When one thinks of the Gilded Age, one thinks of the Morgans or the Vanderbilts—yet this brilliantly written historical novel shows the other side—the millions of people—many of them children—who labored in horrific and dangerous situations, many dying, so that the tycoons could live like kings and the Industrial Revolution could transform America. …These figures burst to life thanks to the narrative skills of a terrific writer. A very important book to read.  -- Rick Friedman, JMC Book Club

This novel is terrific. I didn't want to put it down…I absolutely love how the family's story is intertwined with historical events and people. Very entertaining and factual. I learned so much while I was reading this and it amazes me how much of history has repeated itself in this day and age. Our current leaders really could learn
some lessons by looking back.  -- Debra S. McGuiness, Amazon and Goodreads review 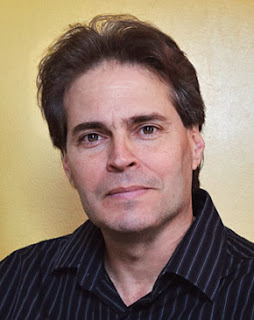 About the author
Rich DiSilvio’s passion for art, literature, music, history and architecture has yielded contributions in each discipline in his professional career. Noted as a world-class artist and new media developer, DiSilvio’s work has adorned the projects of star celebrities, such as Cher, Pink Floyd, Yes, Moody Blues and many others, as well as cable TV shows and documentaries, including “Killing Hitler,” James Cameron’s “The Lost Tomb of Jesus,” “Celebrity Mole” and many others.

For a full biography and more info on his books, please visit his website http://richdisilvio.com/author

Follow the instructions on the Rafflecopter form below to enter for a chance at a paperback copy of A Blazing Gilded Age by Rich DiSilvio (U.S. only)!