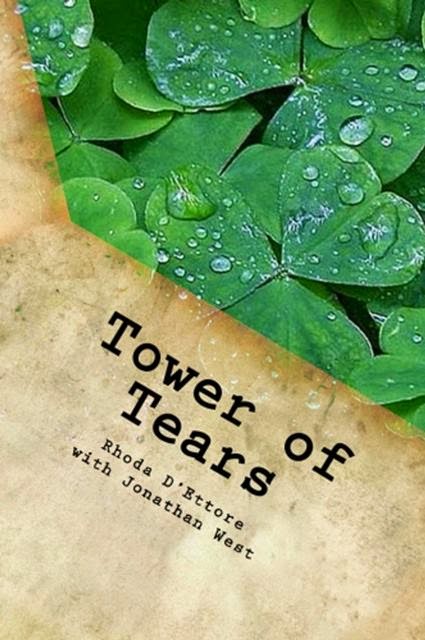 Please welcome to the blog today author, Rhoda D'Ettore, as she answers a few questions about her book and more!

What inspired you to become a historical novelist?

I love history. Always have. I often visit historical places such as Gettysburg, PA or Savannah, GA and wonder what it must have been like to be in the moments. We have so many advantages today, which we often do not appreciate. With historical fiction, readers get a sense of what life was like for those who went before us. It also offers a chance to be grateful for our lives today.

You say on your website that Tower of Tears is based on one of your ancestors. What was it like to find out about her and how did you shape your story around her?

The main character, Jane McClusky, was actually based on, Jane Lindsay, the first immigrant in my family to arrive here in America. She arrived alone in a strange country at the age of 17. The thought of that alone had me in awe. How brave.. or possibly desperate. The real Jane lived to be 80 years old and gave birth to many children, half of whom died from disease as children. Most of the other characters are names of her real-life children and grandchildren. Although the story is fictionalized, I wanted to commemorate the bravery and perseverance that she and other immigrants needed in order to leave all they had behind in hopes for a better life—not knowing what truly lay ahead.

Do you have a process when you're doing research for your books?

I don't even have a process for writing the books, let alone researching them. I sit down at the computer and think, “How can I screw up this character's life?” My next question is usually, “What will shock the reader?” I research for the details of the setting first. For instance, I had to research how the ships were powered in 1820—they did not have steam engines yet. Then tried to imagine how to imagine the conditions and research them to make it real. When I get to a point that I want something dramatic, I pick a major event in history then work the story around that. When readers are familiar with events, it draws them in.

I researched little things as well. For example, the charcter Eva mentions to her children that a whale marooned some fishermen and they became cannibals to survive. This was a true event that inspired Moby Dick. I also mention two explorers finding Antarctica. They only comprise a few lines and do not add to the plot, but they add to the setting and credibility of the work.

You also write humor and erotica. Which is your favorite genre to write in?

The historical fiction is my favorite. I have a dry, sarcastic humor that comes across in all my works, including Tower of Tears. I think the sarcasm gives more depth to the characters. Plus, anything can happen in historical fiction. It can be upbeat and romantic, or depressing and heartbreaking. You can throw in a murder or mystery. Although, I have even made death funny at times. With Erotica, people know what is going to happen, they just don't know how. Detracts from my excitement to surprise people with twists.

Are you currently reading any historical fiction? If so, which one(s)?

I am currently reading The Prince's Man, by Deborah Jay. It is more of a “historical fantasy fiction” similar to Game of Thrones. It is quite good thus far.

My favorite historical fiction is Victor Hugo's Les Miserables. I've read it several times—even in French. And of course, seen it performed on stage many times. Riveting story.

What can we expect next from you? The next installment in the McClusky series, or are you working on something else?

Although I hope to have Liam's Longing: The McClusky Series Book 2 out by Christmas, my current project will be out within two weeks. This story is also loosely based on my family. There was a young boy who was forcibly taken from the home at a young age and put into the Hitler Youth and eventually became an officer. The sister did in fact save countless lives of Jews and American soldiers, which posed a great conflict for her brother. The final scene in the book is mostly true and has indeed become part of our family legend. The title is Newborn Nazi. Here's the blurb:

"This family is amazing! A Nazi spy. A future SS officer. A brother in America oblivious to everything. And a sister who would kill us all."

Germany, 1934 -- SS officers entered the house of Hedwig Schultz and ripped her 14 year old brother, Edmund, from her arms. He has been selected for an elite division of the Hitler Youth that will train him for indoctrination into the feared SS.

Horrified, Hedwig enlists the help of her brother in America to thwart Nazi plans regarding the Final Solution of the Jewish people. It becomes a cat and mouse game as the family enters a world of Nazi spies, double agents and the Underground movement. All the while, Hedwig must prevent their brother, Edmund, from becoming suspicious. One report of treason to his Hitler Youth instructors would result in death... or worse.

Rhoda, thanks for joining us today. We really enjoyed chatting with you and look forward to hosting you here at HFC again in the future.

Betrayal. Despair. Murder. Mystery. Romance. Blackmail. “If God be good, Mr. Landon will burn in the eternal flames of hell. If God be bad, he will suffer much worse.” In 1820, a young woman and her son leave Ireland for a better life in America. She soon suffers heartache and tragedy, while residing with family whom she has never met. Unbeknownst to her, the family had already set her up with employment in a factory–a factory run by a lecherous man. This is the first book in a series that will follow the McClusky family while they become Americanized while face with the Potato Famine, the US Civil War, and the Industrial Revolution.

National Military Family Association
$1 per sale will be donated, regardless of what format is purchased—ebook, print, audiobook & regardless of site purchased—will be donated to the National Military Family Association. This organization helps families reconnect when the parents return from deployments, as well as helping families with other transitions and keeping the children active while the parents are deployed. 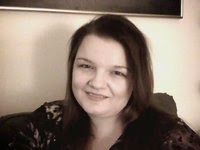 About the Author
Rhoda D’Ettore was born in Woodbury, New Jersey, into a family of 5 siblings–which has provided her with plenty of comical material. She began working at the United States Postal Service at 25 years old, and over the past 15 years has accumulated many humorous stories about situations that the public never gets to know about. Her first ebook, “Goin’ Postal: True Stories of a U.S. Postal Worker” was so popular that readers requested it in paperback. Recently, she published the humorous “Goin’ Postal” in paperback along with another story entitled, “The Creek: Where Stories of the Past Come Alive”. Combining these two into one book may seem strange, as one is humorous and the other is a heart wrenching historical fiction, however, doing so proves to the reader Rhoda D’Ettore’s versatility.

Rhoda D’Ettore received her degree in Human & Social Services while working at USPS, has travelled extensively, and loves history. Over the years she has volunteered for several community service organizations, including fostering abused and neglected dogs for a Dalmatian rescue.

Follow the instructions on the Rafflecopter form below to enter for a chance to win a copy of Tower of Tears, a (3) three copy giveaway, (1) one paperback and (2) eBooks! (Open internationally)
a Rafflecopter giveaway
Posted by Michelle Stockard Miller at Saturday, September 13, 2014