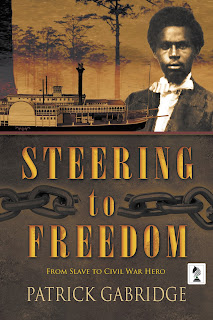 As a writer and reader, I’m fascinated by the way that stories seem to find us. I’ve written a bunch of historical plays (on subjects ranging from the creation of the English Bible to the Boston Massacre), and now an historical novel in Steering to Freedom, and the topics for these works always sneak their way into my life when I least expect it.

I came across the story of Robert Smalls back in 2001. My daughter was attending a Catholic school in inner city Boston. Their library wasn’t even in the school building, but in a convent next door, in a room that looked no one had been in it for 20 years. My wife (who is a librarian) and I decided to take on the challenge of rehabbing the library as a family project. So while my one-year-old son munched on Cheerios and toddled around, I sorted dusty old books. And stumbled across a slight volume about black heroes. In it was a profile of Robert Smalls.

The story was incredible—a young black sailor, the pilot of a riverboat, comes up with a daring plan to bring him and the entire crew, and all their families, to freedom. And the plan isn’t the stereotypical vision of slaves running through swamps, but instead they’re going to take The Planter, a 150-foot long paddlewheeler, out through Charleston Harbor, past six heavily armed forts, and deliver her (and themselves) to the Union blockade.

How had I never heard of this guy before? Why had I never read a book or seen a movie about him?

The escape from Charleston was just the beginning of Smalls’ adventures. During the Civil War he actively engaged in trying to win freedom not just for him and his family, but for all black folk. He became a celebrity in the North, which was engaged with the question of whether blacks were fully human. And could and should they be allowed to fight in the war? Robert provided them with their answer.

After the war, this man born a slave went on to become a United States Congressman. I read everything I could find about Robert.

As a white parent of young black children, this story felt incredibly important. I’d struggled for years to find books about powerful black heroes that I could share with my kids, or that I’d want them to read when they got older. There was a huge lack of positive black characters not just in books, but also in film and on television. (And on stage, where I spent most of my writing life.)

This project became one that I’d pursue, on and off, for the next fourteen years. There were only a few biographies about Smalls, most of them pretty old, and I had to decide between writing the story as fiction or non-fiction. As a dramatist, I knew that one of my strengths was in writing dialogue and structuring stories to engage an audience, so it made the most sense to write the story as a novel, where I’d have the freedom to give voices to this man and his friends who were engaged in an epic American struggle for freedom. I chose to focus on the war years, because they come with a built-in sense of adventure and excitement.

And now Steering to Freedom is finally published and finding an audience. I’m thrilled that so many more people will now have a chance to get to know this hero of the American Civil War, and I hope that they will enjoy the intense passage through those years, with the triumphs and desperate sorrows that come with it.

Steering to Freedom
by Patrick Gabridge

A troubled country, a courageous heart, and the struggle for freedom. In May 1862, Robert Smalls, a slave and ship’s pilot in Charleston, South Carolina, crafts a daring plan to steal the steamship Planter and deliver it, along with, the crew and their families to the Union blockade. After risking his life to escape slavery, Robert faces an even more difficult challenge: convincing Abraham Lincoln to enlist black troops. Based on a true story, Steering to Freedom tells the powerful and inspirational story of a young man who becomes the first black captain of a US military ship, while struggling to navigate a path to freedom for himself, his family, and his people.

PRAISE
“Steering to Freedom sweeps back the curtain on an extraordinary story of heroism and sacrifice. Escape is only the beginning. Robert Smalls doesn’t just save himself: he brings out his family, his friends and his mates — and then he goes back, fighting not just the navies of the South but the deep-rooted prejudices and ignorance of the North. With a sure touch for historical detail and a mastery of the human condition, Patrick Gabridge brilliantly evokes the spirit of a time, a country in struggle, and the heart of a man at its center”.— Mike Cooper, author of Clawback and Full Ratchet.

“In Patrick Gabridge’s meticulously crafted new novel Steering to Freedom, we’re treated to the gripping true tale of Captain Robert Smalls, a South Carolina slave who, after seizing his freedom, risked his life in a series of nautical adventures to win freedom for all of his enchained brothers and sisters. This powerful and inspirational story is skillfully and dramatically rendered by a writer who not only knows how to steer a good story, but who does so without losing sight of the heart-breaking humanity of his players.” — Mark Dunn, author of Ella Minnow Pea and Under the Harrow.

“Engaging characters and captivating storytelling make this inspiring historical adventure a must-read. For readers who enjoy seeing history through the lens of imagination. ” — Sophie Littlefield, author A Bad Day for Sorry and A Garden for Stones.

“Steering to Freedom brings to life the extraordinary true story of Captain Robert Smalls, an important figure in American Civil War history who should not be overlooked. This is an inspiring story of a hero: a slave who steals a steamship and navigates treacherous waters to lead his crew and their families to freedom. Yet in the hands of novelist Patrick Gabridge, Robert Smalls is entirely human, real, and relatable. Gabridge shows us a man whose highest ambitions are fueled by the important personal relationships in his life, especially his wife and children. With its cinematic scope, action-packed adventure, historical detail and emotional heft, Steering to Freedom will appeal to many audiences. ” — Diana Renn author of Blue Voyage, and Latitude Zero.

“Patrick Gabridge’s Steering to Freedom is a swashbuckling, page-turning epic set against the immaculately detailed backdrop of Charleston Harbor during the Civil War. Robert Smalls, a brilliant, resourceful slave, makes a daring and audacious bid for freedom. The story, based on actual events, reads with the freshness of fiction and the authenticity of truth. The characters from every walk of life earn your respect and then your admiration and finally your love. Patrick Gabridge has given us a whole new lens on the Civil War by bringing a previously unknown chapter to vivid, deeply moving, unforgettable life. — Laura Harrington, award winning author of Alice Bliss and selected for Barnes & Noble’s “Discover Great New Writers” program, and as an Entertainment Weekly “Best Reads of the Summer,” and a Publishers Weekly First Fiction title.

In Steering to Freedom, Patrick Gabridge has intertwined history with a meticulous and moving narrative of Robert Smalls—Confederate steamboat pilot, family man, and slave—whose daring vision to claim freedom against all odds will grab the reader from the first page. —Jessica Maria Tuccelli, author of Glow. 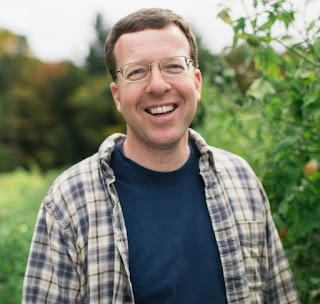 ABOUT THE AUTHOR
Patrick Gabridge is an award-winning playwright, novelist, and screenwriter. His full-length plays include Flight, Distant Neighbors, Lab Rats, Constant State of Panic, and Blinders, and have been staged by theaters across the country. His passion for history extends to the stage, and his historical plays include work about the creation of the English Bible (Fire on Earth), the astronomers Kepler and Tycho (Reading the Mind of God), a volcanic eruption on Martinique (The Prisoner of St. Pierre), 19th century Boston publisher Daniel Sharp Ford (None But the Best), and the 1770 Boston Massacre (Blood on the Snow).

Patrick has been a Playwriting Fellow with the Huntington Theatre Company and with New Repertory. Recent commissions include plays and musicals for In Good Company, The Bostonian Society, Central Square Theatre, and Tumblehome Learning. His short plays are published by Playscripts, Brooklyn Publishers, Heuer, Smith & Kraus, and YouthPlays, and have received more than a thousand productions from theatres and schools around the world.

His other novels include Tornado Siren and Moving [a life in boxes]. His work for radio has been broadcast by NPR, Shoestring Radio Theatre, Playing on Air, and Icebox Radio Theatre.

Patrick has a habit of starting things: he helped start Boston’s Rhombus writers’ group, the Chameleon Stage theatre company in Denver, the Bare Bones Theatre company in New York, the publication Market InSight… for Playwrights, and the on-line Playwrights’ Submission Binge. He’s also a member of the Dramatists Guild, StageSource, and a board member of the Theatre Community Benevolent Fund. He is currently the co-founder and coordinator of the New England New Play Alliance and is actively involved with the Boston theater scene.

Patrick has received numerous awards for work, including fellowships from the Colorado Council on the Arts and the Massachusetts Cultural Commission. For more information visit Patrick Gabridge’s website, or on his blog, The Writing Life x3.