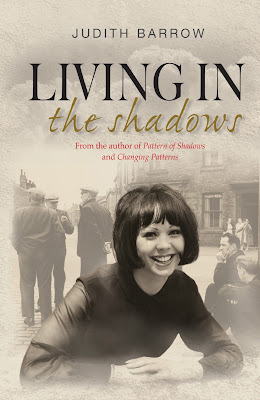 Marital violence is as old as marriage itself. Wife beating was both widely tolerated and sanctioned by law in 18th-century England; husbands were legally entitled to strike their wives in order to ‘correct’ their conduct. So-called moderation was the watchword with one judge, Francis Buller, specifying that a husband could beat his wife with a stick so long as it was no thicker than his thumb.

Later, English law allowed women to separate from their husbands because of abuse, but did not let them get
divorced. Husbands were still allowed to abuse their spouses as long as it could not be seen. This meant abuse on the back, where clothing would cover wounds caused by abuse.

It was not until the late 1800s that men were not permitted to chastise or abuse their spouses under any circumstances, according to law.

According to law– yet it still continued

In the early to mid-twentieth century domestic violence was still viewed by some men as their right and by some women with resigned acceptance.

The following short passage is from the first book of my trilogy, Pattern of Shadows. This conversation between the protagonist, Mary Howarth, and her mother, Winifred, portrays, I think, the attitude that prevailed in the 1940s.

QUOTE:
“’What is it, Mam, aren’t you feeling well?’
Her mother didn’t answer. She pushed the small pile of dust and bits of vegetable peelings onto a piece of newspaper on the floor and crushed it up, tossing it into a bucket under the sink. Straightening she moaned softly under her breath, holding her side.
Mary put an arm around her. Seeing the ugly swelling on her mother's cheek and the red-rimmed eyes she scowled. ‘Aw, Mam, not again, what was it this time?’
Winifred pushed her daughter away and turned on the tap to rinse her hands. ‘There was only me here and he had one of his moods on him. It’s Patrick really, as if we haven’t enough to worry about. He’ll have the police at the door, with all this trouble: picketing, striking, fighting the government. Your father says there’s a right way and a wrong way to tackle the bosses and your brother’s going about it all wrong.’ She wiped her hands on a piece of towelling. ‘He’s furious because it’s unofficial. You know what he’s like.’
Like a bully and a bastard. Mary gritted her teeth, holding back the words. ‘Why were you holding your side?’
‘I banged into the table when …’
‘When he hit you.’
Winifred glowered defensively at Mary. ‘It’s not his fault.’
‘Of course it’s his bloody fault. You can’t keep putting up with it, Mam.’
‘What can I do? Tell the police? ’ Winifred gave a short ironic laugh. 'Sergeant Sykes is as bad. His wife often sports a black eye.'” END QUOTE

From the middle of the 1900s there came more reforms for women. But it was still the era of the captive wife, when most women were housebound housewives kept by a man, completely under the thumb of their husbands, whatever their class.  And no one ever talked about domestic violence; it was as if it never happened.

After World War II, studies linked growing up in an abusive home with the likelihood of criminal behaviour later in life. Most domestic batterers showed a consistent pattern of violence and manipulation for the purpose of power and control. Domestic violence was acknowledged, but treated as a private family matter.

In the sequel to Pattern of Shadows, Changing Patterns, Mary Howarth tries to persuade her friend and sister-in-law, Jean, to leave her husband– Mary’s own brother, Patrick.

QUOTE:
“’Has Patrick actually hit you?’
Jean slid off the windowsill and stood motionless. ‘Mary ...’
‘Has he?’ She knew the answer, saw the humiliation in her friend’s eyes. She moved swiftly from the sofa and grabbed Jean’s arms. ‘You have to tell me.’
Jean lowered her head
‘Oh Jean.’ The distress merged with the rush of rage. ‘I am so sorry.’ She gathered her in her arms, frightened by the ferocity of her friend’s sobs. ‘It’ll be all right. We’ll sort something out. You can stay here as long as you want.’ Mary ignored the sudden vision of her own husband’s reaction; he’d understand when she explained. ‘As long as you want,’ she said again.
‘I can’t. I can’t leave Mother.’
‘Then move back in with her.’ The solution came with a sense of relief that shamed Mary. ‘You have to; you can’t stay with him.’
Jean shrugged her away and turned back to the window. ‘It’s not that easy. Jacqueline...’
‘Your daughter is frightened.’
‘I’ll make it right with her. Tell her she was mistaken in what she saw.’
Mary gave a cry of derision. ‘Mistaken?’
‘It was only the once. He was upset about Tom.’
‘He thumped you because of our brother? I don’t believe that. He hated Tom.’
‘He didn’t. You should have seen him, Mary, he was heartbroken.’
‘Huh!’
‘He was.’ Jean spun around to face her. ‘I should have left him alone.’ Her face crumpled. ‘I should have left him alone but I didn’t. I wanted to comfort him. I tried to hold him.’
‘So he hit you.’ Mary dragged out the words.
‘It was the first time.’
‘I don’t believe you.’
Jean flushed. ‘Then don’t, but it’s true.’ She looked out of the corner of her eye at Mary. ‘Please don’t tell your sister.’
‘Ellen already knows, I’ve told her.’ Mary folded her arms, angry her friend wanted to cover up what Patrick had done.
‘How could you? You know what she’s like about me.’
‘She has a right to know, he’s her brother too.’
‘She’ll tell all and sundry,’ Jean muttered, leaning on the windowsill.
‘She won’t ... and if she did, it’s not you who should be ashamed. It’s him.’
‘I pushed him into it. I should have left him alone,’ Jean said again.
‘Leave him, Jean. You have to.’
‘No!’
‘Then you’re a bloody fool.’” END QUOTE

Shelters for battered women were opened in the 1960s and men were actually prosecuted for their actions. The attitude to domestic violence over the last hundred years has, thankfully, changed drastically from resigned acceptance to complete condemnation of any bullying. In the following short passage from the last book of the trilogy, Living in the Shadows, Linda Booth, who has taken over from Mary as the protagonist, is talking to Karen Worth.

QUOTE:
“They spoke at the same time.
‘Does Richard know what he’s like…’ she couldn’t say his name. ‘Your father?’
‘I’m sorry about my stepfather.’ Karen flushed. ‘You know, the way he—’
‘Your stepfather? He’s not your dad then?’ Linda was shocked by the gladness she felt; she knew how much her cousin liked this girl. Her not being George Worth’s real daughter made it easier somehow.
‘No, I’m glad to say.’ This time she looked straight at Linda. ‘He’s horrible. A bully.’
‘Well I won’t disagree there.’ Linda was surprised how calm she felt. ‘How long have your mum and him been married?’
‘Dad died when I was ten.’ Karen said. ‘George worked for him. Then, before I knew it, he was always around the house. They married…’ she stopped to think, ‘about five years ago. I can’t believe how much Mum dotes on him.’
‘Or is afraid of him?’
‘Yes.’
‘Are you frightened of him?’ It was like prodding a tooth that ached.’ Linda couldn’t help it. She watched Karen closely.
‘Yes.’” END QUOTE

Spousal abuse is a perpetual issue that remains at the forefront of women's rights today.

Publicly, it is not acceptable.
Privately, it still goes on.

ABOUT THE BOOK
Living in the Shadows
by Judith Barrow

It’s 1969 and Mary Schormann is living quietly in Wales with her ex-POW husband, Peter, and her teenage twins, Richard and Victoria. Her niece, Linda Booth, is a nurse – following in Mary’s footsteps – and works in the maternity ward of her local hospital in Lancashire.

At the end of a long night shift, a bullying new father visits the maternity ward and brings back Linda’s darkest nightmares, her terror of being locked in. Who is this man, and why does he scare her so?

There are secrets dating back to the war that still haunt the family, and finding out what lies at their root might be the only way Linda can escape their murderous consequences.

Sequel to the acclaimed Changing Patterns and Pattern of Shadows. 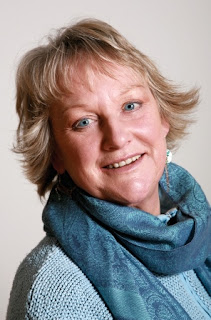 ABOUT THE AUTHOR
Judith Barrow has lived in Pembrokeshire for thirty years. She is the author of three novels, and has published poetry and short fiction, winning several poetry competitions, as well as writing three children’s books and a play performed at the Dylan Thomas Centre. Judith grew up in the Pennines, has degrees in literature and creative writing and makes regular appearances at literary festivals.
UK WEBSITE | US WEBSITE | BLOG | FACEBOOK
| TWITTER | GOODREADS |PINTEREST