Spotlight on Andy Kutler's The Other Side of Life 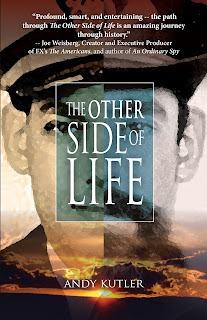 The Other Side of Life
by Andy Kutler

December 1941, Pearl Harbor. A peaceful Sunday morning turns into a devastating attack on American soil. Naval officer Malcolm “Mac” Kelsey is severely wounded while defending his ship. A flawed man abandoned long ago by his alcoholic wife, Kelsey has been mired in despair and hopelessness following the accidental death of Lucy, the young daughter he considers the only redemptive aspect of his life. Near the point of death, Kelsey is brought to what he believes to be an afterlife where he is offered an opportunity to shed his past memories and embark upon an alternate path in another place and time. Eager to escape his torment and begin a more tranquil existence, Kelsey accepts, only to feel quickly betrayed as he soon finds himself back in the midst of battle, this time as a Union soldier at the dawn of the Civil War.

Through Antietam, Gettysburg and four years of relentless fighting, Kelsey attempts to cast aside his painful past while trying to survive the horrors of combat. He crosses paths with compelling figures on both sides of the conflict determined to persevere and return to those they left behind. Idealistic Ethan Royston, promoted from the enlisted ranks, believes in preserving the Union but is plagued by insecurity and self-doubt. His closest friend, West Point-trained Cal Garrity, remains loyal to his home state of Virginia despite his misgivings about the virtue of the Southern cause. The war will divide these friends, just as it will divide Garrity from his adoring wife, Emily, the charismatic and headstrong daughter of a prominent Norfolk shipbuilder, forced to face the onset of war alone.

Each will endure unimaginable hardship and brutality that will forever reshape their core beliefs and values. Each will find their strength and resolve tested as they search for self-purpose, humanity, and reconciliation. Most of all, Mac Kelsey will discover the very essence of life and death, and whether the new beginning he has long coveted will bring him the inner peace he has so desperately sought.

PRAISE
“Employing some new twists on the novelist’s technique of time travel, Andy Kutler sends a naval officer bombed at Pearl Harbor back to the Civil War. Among his comrades in a Union cavalry regiment he absorbs the enduring values of trust, loyalty, love, and selflessness during the chaos and tragedy of a war that took place a half century before he was born. Readers will find themselves immersed in this story and captivated by its principal characters.” — James M. McPherson, Pulitzer Prize-winner author of Battle Cry of Freedom and The War That Forged a Nation

“Profound, smart, and entertaining – the path through The Other Side of Life is an amazing journey through history.” — Joe Weisberg, Creator and Executive Producer of FX’s The Americans and author of An Ordinary Spy

“Andy Kutler’s war scenes are gripping, his characters vulnerable and honest, and his story ultimately triumphant — an exciting journey back into two levels of the past.” — David Hardin, author of Emblems of Woe: How the South Reacted to Lincoln’s Murder

“The Other Side of Life imaginatively mingles brutal scenes of Civil War battlefields with thought-provoking moral issues. It describes the conflicted loyalties and sufferings of that tragic era and the spiritual growth of the book’s hero—a naval officer wounded in the Pearl Harbor attack—and those he becomes close to when he is transported to the past. The swiftmoving, compelling narrative grips the reader from first page to last.” — Bernard Weisberger, historian and author of America Afire: Adams, Jefferson, and the Revolutionary Election of 1800 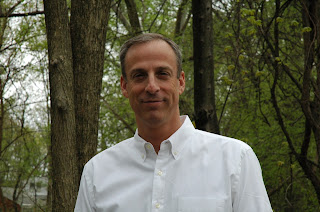 ABOUT THE AUTHOR
Andy Kutler is a writer living in Arlington, Virginia. A native of Madison, Wisconsin and a graduate of Michigan State University (B.A.) and Georgetown University (M.A.), he has previously worked on the senior legislative staff of two United States Senators before serving as a senior policy officer with the U.S. Secret Service. He is working today as a consultant to the national security community.

While Andy’s writings have appeared in The Huffington Post and the Milwaukee Journal Sentinel, The Other Side of Life is his first novel. Andy’s interests include travel, military history, his Wisconsin sports teams, and most importantly, spending time with his wife and two children.