Spotlight on Sally Christie's The Sisters of Versailles 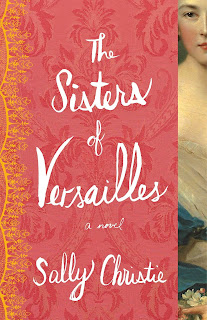 A sumptuous and sensual tale of power, romance, family, and betrayal centered around four sisters and one King. Carefully researched and ornately detailed, The Sisters of Versailles is the first book in an exciting new historical fiction trilogy about King Louis XV, France’s most “well-beloved” monarch, and the women who shared his heart and his bed.

Goodness, but sisters are a thing to fear.

Set against the lavish backdrop of the French Court in the early years of the 18th century, The Sisters of Versailles is the extraordinary tale of the five Nesle sisters: Louise, Pauline, Diane, Hortense, and Marie-Anne, four of whom became mistresses to King Louis XV. Their scandalous story is stranger than fiction but true in every shocking, amusing, and heartbreaking detail.

Court intriguers are beginning to sense that young King Louis XV, after seven years of marriage, is tiring of his Polish wife. The race is on to find a mistress for the royal bed as various factions put their best foot – and women – forward. The King’s scheming ministers push Louise, the eldest of the aristocratic Nesle sisters, into the arms of the King. Over the following decade, the four sisters:sweet, naive Louise; ambitious Pauline; complacent Diane, and cunning Marie Anne, will conspire, betray, suffer, and triumph in a desperate fight for both love and power.

In the tradition of The Other Boleyn Girl, The Sisters of Versailles is a clever, intelligent, and absorbing novel that historical fiction fans will devour. Based on meticulous research on a group of women never before written about in English, Sally Christie’s stunning debut is a complex exploration of power and sisterhood; of the admiration, competition, and even hatred that can coexist within a family when the stakes are high enough.

“Sally Christie’s The Sisters of Versailles is an intriguing romp through Louis XV’s France. Filled with lush backdrops, rich detail, and colorful characters, fans of historical fiction will enjoy this glimpse into the lost golden era of the French monarchy.” – Allison Pataki, author of The Accidental Empress 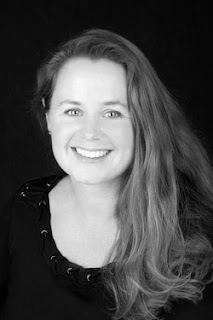 ABOUT THE AUTHOR
I’m a life-long history buff – and I mean life-long. One of the first adult books I read was Antonia Fraser’s masterful Mary, Queen of Scots. Wow! That book just blew my little ten year old mind: something about the way it brought the past right back to life, made it live again on the page. I date my obsession with history to that time, but I’d been writing (“writing”) ever since I was able to hold a pencil.

If you’d told my 12-year old self that I’d not be a writer when I grew up, I would have laughed you out of the tree house. With a few detours along the way, to work overseas in consulting and development, as well as to go to business school, I’ve finally come full circle to where I think I should be.

I currently live in Toronto and when I’m not writing, I’m playing lots of tennis; doing random historical research (old census records are my favorite); playing Scrabble, and squirrel-watching (the room where I write has French doors leading out to a deck; I avidly follow, and feed, a scruffy gang).