In honor of St. Nicholas Day - The Bishop's Wife by Robert Nathan {Giveaway} Bishop HENRY BROUGHAM doesn't know how he will find a capable archdeacon to help raise money to build a "great" cathedral for his overcrowded parish. Though his beautiful wife JULIA fulfills her marital duties, their relationship has no passion. To fill the void, she heaps affectionate praise on their four-year old daughter JULIET, embarrassing the proper Bishop. Meanwhile, the Bishop prays for help, and it comes in the form of MICHAEL, a handsome goldenhaired angel, who takes the position of archdeacon. Michael exudes love which draws new and unexpected emotions from Julia. Michael's pure limitless capacity for love is stifled by his mortal duties of manipulating money from wealthy religious patrons, including MRS. LANYARDE and MR. COHEN. With the holidays approaching the Bishop senses the mutual attraction between Julia and Michael. His intuition is right as Julia almost succumbs to Michael before her sense of marital duty ultimately prevails. During a conversation with the scholarly PROFESSOR WUTHERIDGE, Michael learns that an angel can't fulfill "mortal love" as it is unrelated to the divine version. With that, he returns to Heaven after completing his fundraising mission. Julia, realizing she will never have a passionate relationship with the Bishop, decides to have another child with whom to share her love.

"Mr. Nathan's method of approach is the way of the goldfinch with the thistledown, or of the unconcerned robin guilelessly cocking his head before the peck. Moreover the words that he uses are as cobwebs that catch the dew of his thought delicately patterned filaments exactly adequate to the burden glistening upon them. In short, to say that 'The Bishop's Wife' has beauty, charm, wit, and wisdom is not to over praise the book."
--Grace Frank, Saturday Review of Literature 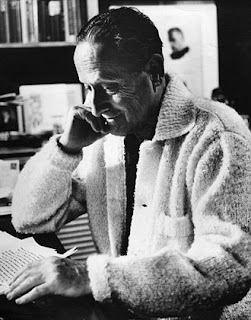 About Robert Nathan
Author of such revered books as PORTRAIT OF JENNIE, THE BISHOP’S WIFE, THE RIVER JOURNEY, and STONECLIFF, Robert Nathan was born in New York City in 1894 and was educated at private schools in the United States and Switzerland. While attending Harvard University where he was a classmate with E.E. Cummings, Nathan was an editor of the Harvard Monthly, in which his first stories and poems appeared. While at Cambridge, Nathan also found the time to become an accomplished cellist, a lightweight boxer, and Captain of the fencing team. After leaving college, Mr. Nathan devoted his time exclusively to writing until his passing in 1985. Early on, Nathan’s work strengthened his reputation with both the public and peers. F. Scott Fitzgerald once referred to Robert Nathan as his favorite writer. During this period, the legendary Louis B. Mayer contracted him to Hollywood to become a screenwriter. Nathan ultimately didn’t enjoy the experience, though the movie industry continually craved his work. Five of his novels have been made into films. The aforementioned “Portrait of Jennie” and “The Bishop’s Wife,” as well as “One More Spring,” “Wake Up and Dream” (from the novel “The Enchanted Voyage”) and “Color of Evening.” Robert Nathan was the author of over fifty volumes of novels, poetry, and plays, and from this body of distinguished work he acquired a reputation as a master of satiric fantasy unique in American Letters. In the twilight of his career he was known as “The Dean of Author’s,” since many prominent writers including Irving Stone and Irving Wallace sought out Nathan’s guidance. A member of the National Institute of Arts and Letters for fifty years, Mr. Nathan called both Cape Cod and California home. Happily, his last fifteen years were spent in the companionship of his wife, English born actress, Anna Lee.


Giveaway
5 complimentary copies of THE BISHOP’S WIFE to e-book winners. Please leave a comment for your chance to win and be sure to leave your email address. Last day to enter is Sunday, December 13 at 11:59pm CST. Good luck!
Posted by Michelle Stockard Miller at Sunday, December 06, 2015