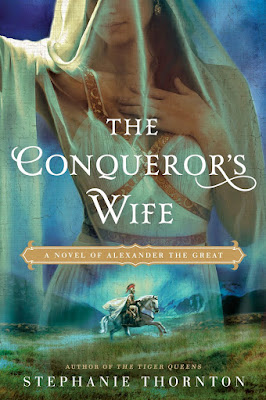 Let’s get one thing straight: The Greeks were the original, free-loving hippies of the ancient world.

Compare the likes of Sappho, Socrates, and Alexander the Great, to say, the Puritans who founded North America, and you couldn’t have two more disparate notions about who people can, and should, love.

To the ancient Greeks, with few exceptions, it didn’t matter much who you loved. And the Greeks had a few customs that by today’s Puritanical standards might seem akin to a late-night Borgia-era orgiastic revel.

First, there was pederasty, in which an older man taught a younger man about, well, the finer points of love. (You can use your imaginations.) It’s commonly assumed that Socrates himself took part in this custom, and the upper classes looked upon this as an accepted aspect of a young man’s education. (Something I doubt would fly in the modern school system.) After all, most aristocrats didn’t marry until they were older and women were secluded in the gynaceum, so pederasty was the Greek solution to a whole lot of lonely young men. And in Sparta, soldiers were also encouraged and perhaps expected to have relationships with each other in order to strengthen morale.

This, of course, leads to the finer points of homosexuality in ancient Greece. While younger men were expected to leave behind their first pederastic relationship in favor of marriage and procreation, it’s likely that some, including Alexander the Great with his childhood friend Hephaestion, forged lifelong bonds with their partner. Aristotle even went so far as to claim that those two men shared “one soul between two bodies.”

And lest we think that women were left out of the picture, we have the case of Sappho of Lesbos (from whence the terms sapphic and lesbian derive) who has left reams of stunning poetry about all manner of love, including that between women.

I have not had one word from her
Frankly I wish I were dead
When she left, she wept
a great deal; she said to me, "This parting must be
endured, Sappho. I go unwillingly."
I said, "Go, and be happy
but remember (you know
well) whom you leave shackled by love.”

And after all, it was Plato who claimed, “The madness of love is the greatest of heaven’s blessings.” So, love who you love, and know that no matter what, you’re in for a wild ride.

A novel from the acclaimed author of The Tiger Queens, for readers looking for “strong and determined female protagonists” (Historical Novel Society) and “a sprawling historical saga” (Renee Rosen)...

We are the women who loved Alexander the Great. We were lovers and murderers, innocents and soldiers.

And without us, Alexander would have been only a man.

Instead he was a god.

330s, B.C.E., Greece: Alexander, a handsome young warrior of Macedon, begins his quest to conquer the ancient world. But he cannot ascend to power, and keep it, without the women who help to shape his destiny.

His spirited younger half-sister, Thessalonike, yearns to join her brother and see the world. Instead, it is Alexander's boyhood companion who rides with him into war while Thessalonike remains behind. Far away, crafty princess Drypetis will not stand idly by as Alexander topples her father from Persia's throne. And after Alexander conquers her tiny kingdom, Roxana, the beautiful and cunning daughter of a minor noble, wins Alexander’s heart…and will commit any crime to secure her place at his side.

Within a few short years, Alexander controls an empire more vast than the civilized world has ever known. But his victories are tarnished by losses on the battlefield and treachery among his inner circle. And long after Alexander is gone, the women who are his champions, wives, and enemies will fight to claim his legacy…

Stephanie Thornton is a writer and history teacher who has been obsessed with infamous women from ancient history since she was twelve. She lives with her husband and daughter in Alaska, where she is at work on her next novel.

"The Secret History: A Novel of Empress Theodora," "Daughter of the Gods: A Novel of Ancient Egypt," and "The Tiger Queens: The Women of Genghis Khan" are available now. "The Conqueror's Wife: A Novel of Alexander the Great" will hit the shelves in December 2015.

Giveaway
The giveaway is for one paperback copy, and open to US residents only. Comment below for your chance to win. Please leave your email address so I can contact the winner. (Any entry without email address will be disqualified). Giveaway ends Friday, December 18 at 11:59pm CST.

Rules
– Must be 18 or older to enter.
– Giveaway is open to US only.
– Only one entry per household.
– All giveaway entrants agree to be honest and not cheat the systems; any suspect of fraud is decided upon byblog/site owner and the sponsor, and entrants may be disqualified at our discretion.
Posted by Michelle Stockard Miller at Friday, December 04, 2015