Please welcome author Phyllis Zimbler Miller to Historical Fiction Connection. She is the author of the novel Mrs. Lieutenant.

Becoming a New Mrs. Lieutenant During the Vietnam War
Almost 41 years ago, in May of 1970, I drove with my husband from Elgin, Illinois, to Ft. Knox, Kentucky. My ROTC husband was about to go on active duty with the U.S. Army during the Vietnam War.

Those nine weeks that my husband attended Armor Officers Basic were an amazing experience for me. I came to know people whom I never would have met otherwise.

To begin with, my husband arranged to carpool with an officer from the South. His wife and I thus also had to carpool if we didn’t want to sit in our hot apartments every day.

She and her husband had never met Jews before, plus they were not so happy that we were Northerners. At times this was an uneasy alliance, especially as it was only six years since the passage of the Civil Rights Act.

Next, although the army had not said wives could come and no on-post housing was provided, it turned out there was a training course to teach us new officers’ wives how to be good officers’ wives.

I saved all of my original documents from these nine weeks. I felt even then, right at the start of the women’s liberation movement, that this experience was an important slice of women’s social history. 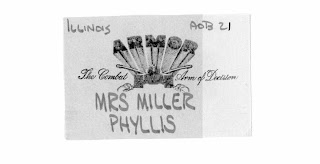 About 20 years later two film producers optioned the story for a movie, then they told me I had to first write a book. By the time I had the draft of a novel written, they had moved on.

I worked on the novel for another 20 years, including hiring an editorial consultant to figure out the one thing “missing” from the story, and of course I collected numerous rejection slips.

Once print-on-demand became an option I decided to self-publish. (I didn’t want stacks of self-published books sitting in my garage.)

Why a novel? Because I wanted to create characters who represented the people I met without being the real people. Thus the characters in the novel are a combination of several people.

At the same time I set about self-publishing, I entered the novel in the 2008 Amazon Breakthrough Novel Award, and “Mrs. Lieutenant” was chosen a semi-finalist. Amazon gave each of us semi-finalists a page, and one semi-finalist had something I didn’t have – a blog.

From that day on I never looked back. I threw myself into learning all about online marketing.

In the beginning I made numerous mistakes (for one, my blog www.mrslieutenant.blogspot.com is not a self-hosted blog) and was continually frustrated at how to do even “simple” online tasks, such as uploading a photo. Eventually I got better – and also learned to accept frustration with any new social media tool.

And when I got better, I formed a company with my younger daughter Yael K. Miller to help others not have to reinvent the wheel as I had done.

Back to my social history novel.

A few years later I would become a feminist and would understand even better the restrictions placed on officers’ wives. But I would also understand that these restrictions helped women from all different backgrounds (and, yes, prejudices) come together.

Today, besides being a social media marketer, I do a lot of online activity to support our troops. I even have one website to showcase documentaries and films about our troops in the past and now – http://www.insupportofourtroops.com/

My main online support focus is helping to get out the word about PTSD – Post Traumatic Stress Disorder (the site above has information on the symptoms).

While there is no draft now, in 1970 there was a draft. The Vietnam War was very unpopular, especially because of the draft.

A couple of years ago a Vietnam War veteran described his feelings to me about his return from Vietnam. “They called me a baby killer,” he said. Then he went on to say that at least today most people in the U.S. support the troops rather than revile them.

And I suspect that many young people today know almost nothing about the Vietnam War period of U.S. history.

Because of this lack of knowledge, the entire novel of “Mrs. Lieutenant” is available online for free. The links to read the novel at BookBuzzr or Authonomy are at http://www.mrslieutenant.com/

At the time in 1970 I was very upset that my life was disrupted while my husband served on active duty. Today, from the vantage point of 2011, I am glad to have had the opportunity to personally experience life in the U.S. military.

Yes, I was also in the U.S. military. As I quote in “Mrs. Lieutenant” from a booklet instructing us what to do:

“It has been said that when a man acquires a commission, the government has gained not one, but two – the officer and his wife.” 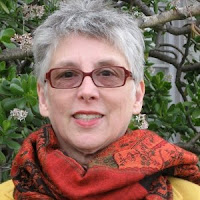 Phyllis Zimbler Miller has an M.B.A from The Wharton School and is the co-founder of the social media marketing company Miller Mosaic. Besides being the author of “Mrs. Lieutenant,” she is the co-author of the Jewish holiday book “Seasons for Celebration” and the co-author of “Four Comedy Screenplays.” Her Amazon author page is at http://budurl.com/PZMAmazonpage, and a recent article was published regarding getting a job afer military life which readers may find useful as well.
Posted by BurtonReview at Friday, April 22, 2011