Please welcome author Gillian Bagwell, who is stopping by HF-Connection during her blog tour for The September Queen (read to the end for giveaway details!): 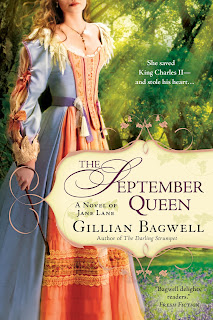 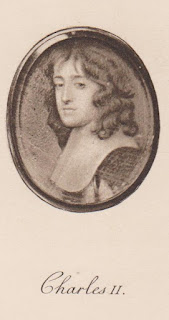 During the course of my research for The Darling Strumpet, my novel about Nell Gwynn, I read Derek Wilson’s book All the King’s Women, about the numerous women important to Charles II. As all of us who know anything about Charles II are aware, he liked women. His mistresses were many and famous, whether loved like Nell Gwynn was or hated like Louis De Keroualle.
So I was intrigued to read Wilson’s account of Jane Lane, an ordinary Staffordshire girl who played a starring role in an extraordinary part of Charles’s life – his six-week odyssey after the Battle of Worcester trying to escape to safety in France. 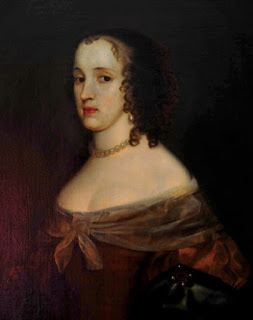 On September 3, 1651, Charles and his ragged and outnumbered army were defeated by Cromwell’s forces, ending the hopes of the Royalist cause. Charles barely escaped the battlefield and legendarily dashed out the back door of his lodgings as the enemy was entering at the front, slipping out the last unguarded city gate. From that disastrous night until he finally sailed from Shoreham near Brighton on October 15, he was on the run, sheltered and aided by dozens of people – mostly simple country folks and very minor gentry – who not only could have earned the enormous reward of £1000 offered for his capture, but risked their lives to help the fugitive king, who had been proclaimed a traitor.
One of Charles’s companions during his flight from Worcester on September 3 was the Earl of Derby, who had recently been sheltered at a house called Boscobel in Shropshire. He suggested that the king might hide there until he could find a way out of England.
Jane Lane, a young woman of about 25 years old, lived at Bentley Hall in Staffordshire, not far from Boscobel. She became involved in the king’s flight because she had a pass allowing her and a manservant to travel the hundred miles to visit a friend near Bristol – a major port where the king might board a ship. Her brother, Colonel John Lane, had served under Charles’s companion Lord Wilmot, who was with him and trying desperately to get him to safety.
In a story that sounds like something out of fiction, the 21-year-old king disguised himself as Jane’s servant, and Jane rode pillion (sitting sidesaddle behind him while he rode astride) along roads traveled by cavalry patrols searching for Charles, through villages where the proclamation describing him and offering a reward for his capture was posted, and among hundreds of people who, if they recognized him, had every reason to turn him in and none – but loyalty to the outlawed monarchy – to help him.

It was an improbable scheme. Charles was six feet two inches tall and very dark complexioned, not at all common looking for an Englishman of that time. And yet time after time he rode right under the noses of Roundhead soldiers without being recognized. He narrowly eluded discovery and capture so many times that the whole event eventually became known as the Royal Miracle.

I was enthralled when I read Derek Wilson’s account of Jane’s travels with Charles, and was convinced by the evidence he presented for his belief that they became lovers when they were in each other’s company, in close physical contact, and in perilous circumstances from September 9 to September 18, 1651. Without giving away the whole story, I’ll just say that Jane’s part in Charles’s escape was discovered, she had to flee for her life, she remained in contact with Charles until he was restored to the throne in 1660. Then Jane became famous, and Charles rewarded her richly. His escape was an enormously formative experience, he told the story for the rest of his life, and Jane was clearly someone who he regarded with respect and affection until his death. 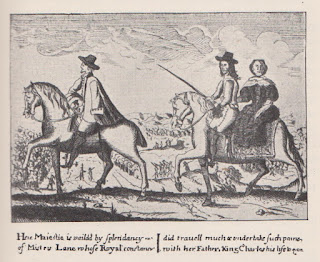 I was surprised and delighted to learn that no one had previously told Jane’s story in fiction, and titled my book The September Queen because it is the passionate love story between the young king and the girl who risked her own life to save him – and might possibly have been his queen, had he been free to choose where his heart led him.


Gillian Bagwell’s novel The September Queen will be released on November 1, 2011. Please visit her website, http://www.gillianbagwell.com/, to read more about her books and read her blog Jane Lane and the Royal Miracle http://www.theroyalmiracle.blogspot.com/ which recounts her research adventures and the daily episodes in Charles’s escape after Worcester.


Gillian's publisher at Berkeley was kind enough to offer one copy of her book for giveaway!
To enter for the book giveaway, please leave a comment with your email address, and be sure to remember to follow HF-Connection! Open to followers in US/Canada. Ends November 4, 2011.