We know her as Cecily Neville. Hard, cold, courageous and shrewd wife of Richard Plantagenet, Duke of York, who Anne Easter Smith dramatized in her latest release, QUEEN BY RIGHT. Now, meet her as Cecylee, through author Cynthia Sally Haggard's vision of her in THWARTED QUEEN.

First of all, I'd like to thank Marie for inviting me to do a guest post. It is an honor to be featured on this beautiful blog, and I'm really grateful to Marie for her efforts in helping me to promote my first novel.

When I made a private visit to Castle Raby in July of 2007, I was lucky enough to be taken around by the docent, Clifton Sutcliffe, who gave me a tour of everything connected with Cecylee Neville (1415-1495), the protagonist of THWARTED QUEEN.


Mr. Sutcliffe told me a number of interesting things. If you go to Castle Raby nowadays (it is located near the village of Staindrop off of the A688 between Barnard Castle and Bishop Auckland), you see a grey edifice amongst a parklike cluster of ancient trees. Made up of several towers, Castle Raby looks serene, and it is, because of its location in a peaceful corner of England, not on a major road.


But in the early 1400s, when Cecylee was a girl, it was anything but peaceful.


First of all, there were thick, dark forests that came right up the castle that contained wild animals like wolves.


Secondly, the castle was an armed camp, teeming with soldiers due to frequent raids by the Scots and a continuing, simmering feud with the Percy Earls of Northumberland, who were upset that those upstart Nevilles had been given the wardenship over the Scottish Marches, when it had been the ancient prerogative of the Percies to take care of those heathenish Scots.


Thirdly, there used to be a huge Barbican tower in front of the main gateway, to ensure that enemies could not easily find their way into the castle. It is now gone.


Cecylee’s father, Ralph, Earl of Westmorland was a political operator with 24 children to marry off. He did so well at arranging illustrious marriages that he is probably ancestor to more aristocrats than any other person of his generation. Cecylee’s betrothal to Richard, Duke of York was his supreme achievement, because Richard was cousin to three-year-old King Henry, and if anything happened to that little boy, why, Richard would be King.


Indeed, Earl Ralph wanted this match to take place so badly that he locked his nine-year-old daughter up in the Castle Keep, to prevent any unseemly embraces between the duchess or queen-to-be and the rough soldiers who armed Raby’s defenses. I visited that barred room. It was at the top of an extremely steep, and winding staircase. There was only one way out, and that went by the guardroom where Earl Ralph’s most trusted men kept a round-the-clock watch on the movements of Cecylee and her visitors. The room itself was handsome, large and cold. There were not many windows, and it was hard to see much outside since the windows faced onto the interior courtyards. How a spirited, slightly spoiled young girl must have hated being shut up here in order to marry someone that she may have had mixed feelings about, I thought as I looked around.


And so I used all of this information to try and paint an accurate picture of how it felt to be that young girl, living in that wild part of the country, with a powerful warlord for a father who would not be gainsaid. 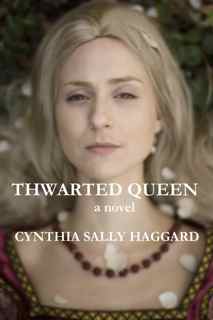 About Thwarted Queen:
THWARTED QUEEN is a portrait of a woman trapped by power, a marriage undone by betrayal, and a King brought down by fear.

Cecylee is the apple of her mother’s eye. The seventh daughter, she is the only one left unmarried by 1424, the year she turns nine. In her father’s eyes, however, she is merely a valuable pawn in the game of marriage. The Earl of Westmorland plans to marry his youngest daughter to 13-year-old Richard, Duke of York, who is close to the throne. He wants this splendid match to take place so badly, he locks his daughter up.

The event that fuels the narrative is Cecylee’s encounter with Blaybourne, a handsome archer, when she is twenty-six years old. This love affair produces a child (the “One Seed” of Book II), who becomes King Edward IV. But how does a public figure like Cecylee, whose position depends upon the goodwill of her husband, carry off such an affair? The duke could have locked her up, or disposed of this illegitimate son.

But Richard does neither, keeping her firmly by his side as he tries to make his voice heard in the tumultuous years that encompass the end of the Hundred Years War - during which England loses all of her possessions in France - and the opening phase of the Wars of the Roses. He inherits the political mantle of his mentor Duke Humphrey of Gloucester, and become’s the people’s champion. The rambunctious Londoners are unhappy that their country has become mired in misrule due to the ineptitude of a King prone to fits of madness. Nor are they better pleased by the attempts of the King’s French wife to maneuver herself into power, especially as she was responsible for England’s losses in France. But can Richard and Cecylee prevail? Everywhere, their enemies lurk in the shadows.

This book is filled with many voices, not least those of the Londoners, who forged their political destiny by engaging in public debate with the powerful aristocrats of the time. By their courageous acts, these fifteenth-century Londoners set the stage for American Democracy. 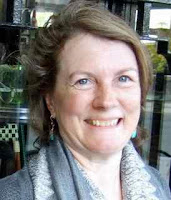 Born and raised in Surrey, England, Cynthia Sally Haggard has lived in the United States for twenty-nine years. She has had four careers: violinist, cognitive scientist, medical writer and novelist. Yes, she is related to H. Rider Haggard, the author of SHE and KING SOLOMONS’S MINES. (H. Rider Haggard was a younger brother of the author’s great-grandfather.) Cynthia Sally Haggard is a member of the Historical Novel Society. You can visit her website at: http://spunstories.com/