After the Fog by Kathleen Shoop

Please welcome to HF-Connection author of After The Fog, Kathleen Shoop

For every woman who thinks she left her past behind...


It's 1948 in the steel town of Donora, Pennsylvania, site of the infamous “killing smog.” Public health nurse, Rose Pavlesic, has risen above her orphaned upbringing and created a life that reflects everything she missed as a child. She’s even managed to keep her painful secrets hidden from her doting husband, loving children, and large extended family.

When a stagnant weather pattern traps poisonous mill gasses in the valley, neighbors grow sicker and Rose’s nursing obligations thrust her into conflict she never could have fathomed. Consequences from her past collide with her present life, making her once clear decisions as gray as the suffocating smog. As pressure mounts, Rose finds she’s not the only one harboring lies. When the deadly fog finally clears, the loss of trust and faith leaves the Pavlesic family—and the whole town—splintered and shocked. With her new perspective, can Rose finally forgive herself and let her family’s healing begin?

Love in the Time of Dirt and Grime by Kathleen Shoop

My latest novel, After the Fog, is historical fiction. It bursts with historical details that illustrate what the citizens of Donora, Pennsylvania experienced during the historic 1948 killing smog. Of course, being fiction—the storyline and the characters that bring the historic facts to life are creations of my imagination. After the Fog is a gritty tale as any story set in a vintage mill town must be. The dirt, toxins, and soot coming from the steel mills and from one’s own furnace dirtied even the most conscientious housewife’s home, clothing, furniture, and skin.

For the men, the work of the day was bone-crushing hard and scorching hot. Though the mill-work might have appeared to outsiders to be mindless, most of the jobs demanded intricate skill and complete focus in order to keep from losing a finger, a leg, a life.


Things may have been simpler in 1948, but they were also physically demanding. Depending on economic status and geographical location people may not have embodied the sanitized, sitcom-style language and manners that we have come to associate with that “innocent” post-war era. One article that appeared in The New Yorker (The Fog, Berton Roueche’, 1950) quoted a Donora doctor saying, “My God it [smoke] just lay there! I thought, well, God damn…” The coarse, public language of a physician (and others) was not uncommon in steel towns all over western Pennsylvania.
Even though my characters were crafted to reflect the harsh place and time, they needed to be humanized. I needed something in the book to offset the grittiness and so I gave Rose and Henry a loving though imperfect relationship. Henry is a steel-worker who loves poetry. He tries to work out his worries about the world through his own writing and by reading WH Auden. His wife, Rose, has more trouble accessing and expressing her feelings than Henry. She is a practical, straightforward community nurse—in some ways machine-like. For her, moving ahead means not looking back as her early, orphaned life left her emotional wounds scarred over.

To further humanize Rose and Henry I gave them a sex life. I thought it fit in that the couple found communicating through affection more profitable than by connecting through endless discussion. Henry passes Rose in the kitchen, and pulls her into a quick hug. She gently tends to his slag injury even while scolding him. They are rarely in the same room where one doesn’t touch the other in some way before the scene ends—meanwhile both are keeping secrets.


The touching, the unspoken tenderness affords Henry and Rose the opportunity to hope they are insuring their marital bond is strong, even when their lies distance them. Their intimate moments could hardly be characterized as tantalizing, but instead are utilitarian—a tool for human connection when all else fails. So no, After the Fog is not a romance by genre, but I think it is, indeed, a love story.


After the Fog is the second historical fiction novel by bestselling Kindle author Kathleen Shoop. It has garnered awards including Winner, Literary Fiction, from the National Indie Excellence Book Awards. Her debut novel, The Last Letter, sold more than 50,000 copies and garnered multiple awards in 2011, including the Independent Publisher Awards Gold Medal. A Language Arts Coach with a Ph.D. in Reading Education, Kathleen lives in Oakmont, Pennsylvania with her husband and two children. 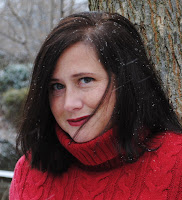