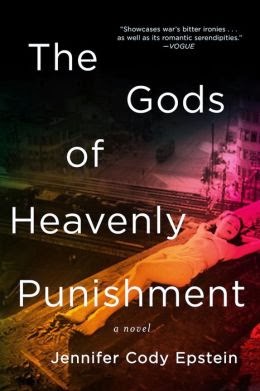 About The Gods of Heavenly Punishment

One summer night in prewar Japan, eleven-year-old Billy Reynolds takes snapshots at his parent’s dinner party. That same evening his father Anton–a prominent American architect–begins a torrid affair with the wife of his master carpenter. A world away in New York, Cameron Richards rides a Ferris Wheel with his sweetheart and dreams about flying a plane. Though seemingly disparate moments, they will all draw together to shape the fate of a young girl caught in the midst of one of WWII’s most horrific events–the 1945 firebombing of Tokyo.

Exquisitely-rendered, The Gods of Heavenly Punishment tells the stories of families on both sides of the Pacific: their loves and infidelities, their dreams and losses–and their shared connection to one of the most devastating acts of war in human history.

Praise for The Gods of Heavenly Punishment

“Epstein’s second novel (after The Painter from Shanghai) is bursting with characters and locales. Yet painful, authentic (Epstein has lived and worked in Asia), and exquisite portraits emerge of the personal impact of national conflicts—and how sometimes those conflicts can be bridged by human connections.” (Publishers Weekly)

“The Gods of Heavenly Punishment is a page-turner thanks to its high-stakes adventure, torrid love affairs and characters so real they seem to follow you around. And in the end, this gripping novel asks us not just to consider a lost chapter of a famous war but also to explore what it means to be lucky—and what it means to be loved.” (Amy Shearn, Oprah.com)

“With stunning clarity, Epstein has re-created Tokyo both before and after the bombing in a novel that raises still-unanswered questions about the horrors of war, the cruelty associated with it and the lasting impression it can make on a person, a people or a place.” (Shelf-Awareness.com)

“An epic novel about a young Japanese girl during World War II underscores the far-reaching impact that the decisions of others can have.” (Kirkus Reviews)

“Sweeping….[A] harrowing novel of destruction and creation that will appeal to fans of historical fiction” (Library Journal—starred review) 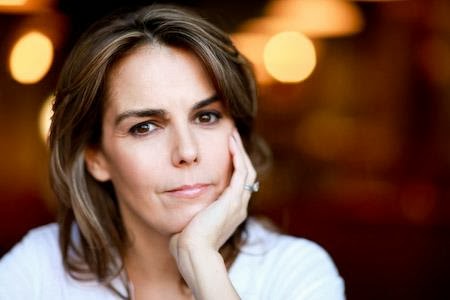 About the Author
Jennifer Cody Epstein is the author of The Gods of Heavenly Punishment and the international bestseller The Painter from Shanghai. She has written for The Wall Street Journal, The Asian Wall Street Journal, Self, Mademoiselle and NBC, and has worked in Hong Kong, Japan and Bangkok, Thailand. She lives in Brooklyn, NY with her husband, two daughters and especially needy Springer Spaniel.

Visit the other tours for more guest posts, reviews and giveaways - HFVBT TOUR SCHEDULE
Follow the tour on Twitter -  #GodsHeavenlyPunishmentTour

Follow the instructions on the Rafflecopter form below to enter for a chance to win a paperback copy of The Gods of Heavenly Punishment by Jennifer Cody Epstein...open internationally!