HOW FENELLA BECAME A STAR

Readers love series. It's a benign addiction. We get to know the continuing characters so well we can't wait to find out what happens to them in the next book.

What happens can sometimes surprise the author. The surprise for me was Fenella Doorn.

Fenella is the heroine of my new historical thriller, The Queen's Exiles. She's a savvy Scottish-born entrepreneur who salvages ships. This is the sixth book in my Thornleigh Saga which follows a middle-class English family's rise through three tumultuous Tudor reigns.

Fenella played a small but crucial role in The Queen's Gamble, and then I kind of forgot about her. She didn't appear in the next book, Blood Between Queens, but when I was planning the story after that Fenella sneaked up me.

She's a determined, passionate, courageous woman, and rather cheeky—she insisted that I include her in the new story. She reminded me that she had past connections with two exciting men in the series, Adam Thornleigh and Carlos Valverde, which promised some dramatic sparks.

So, I did more than include her in the new book. I made her its star.

That can happen when you write a series—a secondary character can take over. I was glad Fenella did. She offered me an opportunity to create a complex, admirable woman who doesn't fit the ingénue heroine so common in historical fiction.

She's not a young thing; she's thirty. She's not a pampered lady; she rolls up her sleeves running her business of refitting ships. She's attractive but not a smooth-faced beauty; her cheek is scarred from a brute's attack with a bottle years ago. And she's not a virgin; she was once the mistress of the commander of the Edinburgh garrison (he of the bottle attack).


In other words, Fenella is my kind of woman.

But making her the star of the new book in my series meant some serious recalibrating. How could I fit her into the Thornleigh family? Writing a series opens up a vista of opportunities but also a minefield of traps. I'll share a few with you here.

Before writing full time I enjoyed a twenty-year acting career, and one of the TV series I did was a daytime drama called High Hopes. Its writers kept a story "bible," a record of the myriad details that had to be consistent from show to show concerning the dozens of characters. It's a wise practice for the writer of a series of novels, too.
My Thornleigh Saga books follow a family for three generations so it's easy to forget facts about a character that were covered three or four books ago. So I keep a "bible" that tracks the characters' ages, occupations, marriages, love affairs, children, ages of their children, homes, character traits, and physical details like color of hair . . . and missing body parts! Richard Thornleigh loses an eye in The Queen's Lady (Book 1) yet in later books I would often start to write things like, "His eyes were drawn to ..." So I keep that "bible" near.

Each Book Must Stand On Its Own

An author can't assume that readers have read the previous books in the series. My agent always reminds me of this when I send him the outline for a new book in the Thornleigh Saga. "Many readers won't know what these characters have already been through," he wisely says.

So each book has to give some background about what's happened to the main characters in the preceding books, enough to fill in new readers. However, it can't lay on so much back story that it bores readers who have followed all the books. Getting the balance right is tricky.

I like the way episodes in a TV series start with a recap: "Previously on Downton Abbey . . . " It refreshes the memory of viewers who've seen the previous episodes, and is just enough to tantalize those who haven't and fill them in. I wish I could have an announcer give a recap at the beginning of my Thornleigh books! The point is, each book in a series has to stand on its own. It must be a complete and satisfying story for any reader.

When I had a brute cut Fenella Doorn's cheek in The Queen's Gamble I never expected Fenella to reappear in a future story. Two books later, when I brought her back in The Queen's Exiles, I could not ignore the fact that she would have a sizable scar on her cheek. So I used that scar to enrich her character.

She had been a beauty at eighteen, relying on men to support her, but when her cut face marred her attractiveness she realized that it was now up to her to put bread on the table and clothes on her back. I made her aware, even grateful, that the scar freed her from the bonds of beauty; it made her independent. And she became a successful entrepreneur.

It's hard for readers to believe that a hero can fight off bad guys like a young stud if the decades-long timeline of the books he appears in make him, in fact, a senior citizen. J. K Rowling was smart. She let Harry Potter and his friends grow up.

I've enjoyed letting my characters age. Through six books I've taken Honor Larke from precocious seven-year-old to wise grande dame as Lady Thornleigh. Her step-son Adam Thornleigh's first big role was in The Queen's Captive where he was an impetuous seafaring adventurer, but by the time of The Queen's Exiles Adam has become a mature man, a loyal champion of his friend Queen Elizabeth. He has been through a loveless marriage, adores his two children, and falls hard for Fenella Doorn.

I'm grateful that Fenella insisted I feature her in The Queen's Exiles. (By the way, that's her on the cover.) The book has been out for just a month and already I'm hearing from readers that they love her.

I don't know if Fenella will reappear in a future book or not, but right now she's a star.

Europe is in turmoil. A vengeful faction of exiled English Catholics is plotting to overthrow Queen Elizabeth and install her cousin Mary, Queen of Scots on the throne. And in the Netherlands the streets are red with the blood of those who dare to oppose the brutal Spanish occupation. But amid the unrest, one resourceful young woman has made a lucrative enterprise. Scottish-born Fenella Doorn salvages crippled vessels. It is on one of these ships that she meets wealthy Baron Adam Thornleigh. Secretly drawn to him, Fenella can’t refuse when Adam enlists her to join him in war-torn Brussels to help find his traitorous wife, Frances—and the children she’s taken from him. But Adam and Fenella will put their lives in peril as they attempt to rescue his young ones, defend the Crown, and restore a peace that few can remember. With eloquent and enthralling finesse, Barbara Kyle illuminates one of history’s grimmest chapters. The Queen’s Exiles breathes new life into an extraordinary age when love and freedom could only be won with unmitigated courage.

“A bold and original take on the Tudors that dares to be different. Enjoy the adventure!” – Susanna Kearsley, New York Times bestselling author

“This moving adventure pulses with Shakespearean passions: love and heartbreak, risk and valour, and loyalties challenged in a savage time. Fenella Doorn, savvy and brave, is an unforgettable heroine.” – Antoni Cimolino, Artistic Director of the Stratford Festival

“Brilliant. A page-turner of love and loyalty in treacherous Tudor times. A truly unforgettable adventure.” – Deborah Swift, author of A Divided Inheritance

“A vivid and compelling novel by an author at the very top of her craft.” – Diane Haeger, author of I, Jane

“An all-action thriller, bringing to life the passion and perils of the Tudor period.” – Lancashire Evening Post on The King’s Daughter

“Riveting…adventurous…superb!” – The Historical Novels Review on The Queen’s Gamble

“An exciting tale of the intrigue and political manoeuvring in the Tudor court.” – Booklist on The Queen’s Captive 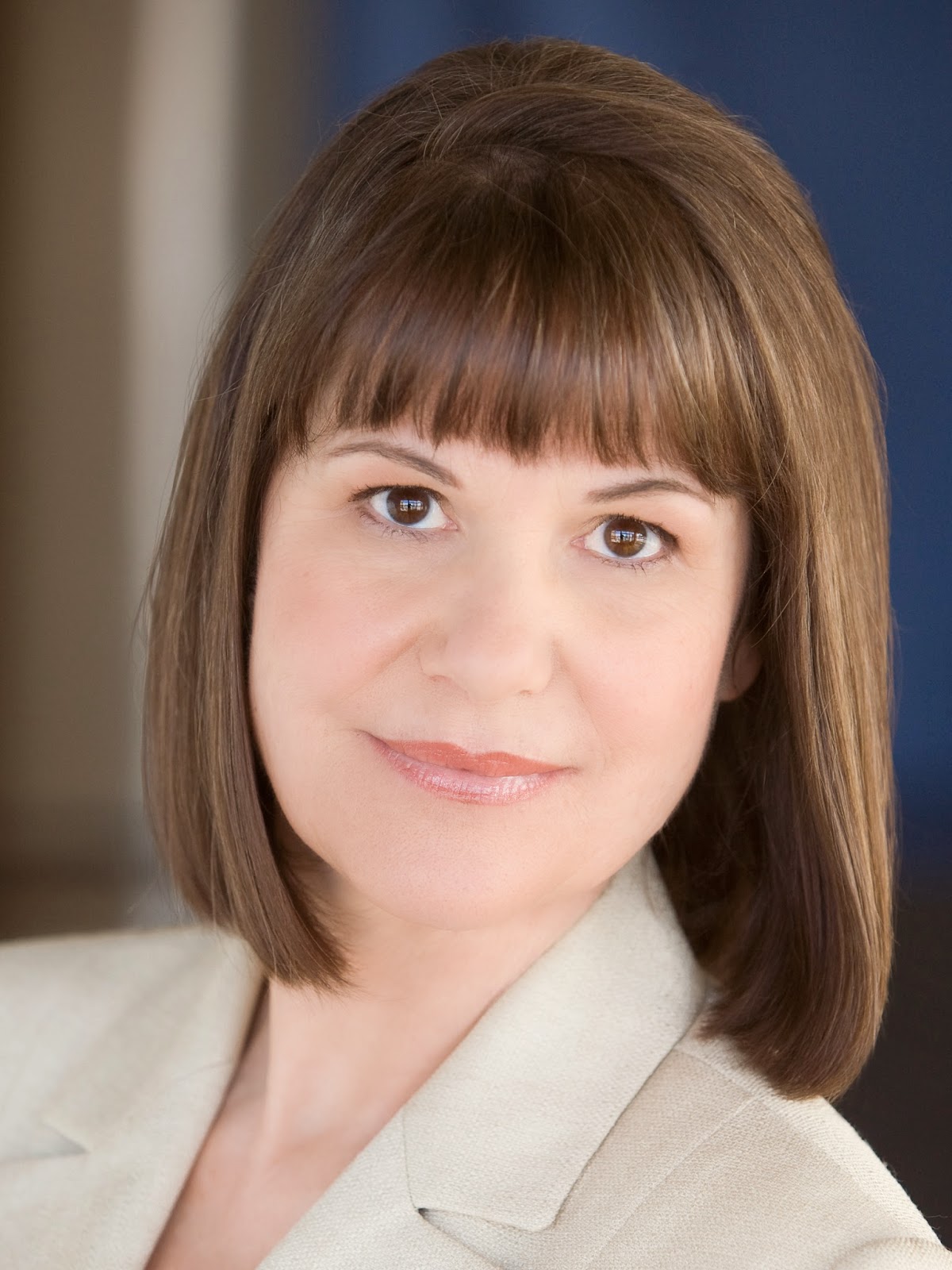 About the Author
Barbara Kyle is the author of the acclaimed, internationally-published Thornleigh Saga novels which follow a middle-class English family’s rise through three tumultuous Tudor reigns:

Barbara was a speaker in 2013 at the world-renowned Stratford Festival with her talk Elizabeth and Mary, Rival Queens and is known for her dynamic workshops for many writers’ organizations and conferences. Before becoming an author Barbara enjoyed a twenty-year acting career in television, film, and stage productions in Canada and the U.S.

Visit other blogs on the tour--Tour Schedule
Twitter Hashtag:  #QueensExilesTour

Follow the instructions on the Rafflecopter form below to enter for a chance to win a paperback copy of The Queen's Exiles! (Open to US/Canada only)