A REFLECTION ON OPERA AND SOME WAYS IT HAS CHANGED

My novel, Tempesta’s Dream – A Story of Love, Friendship and Opera, is the inspirational story of a young man who grows up in Milan and aspires to become an opera tenor.

The story is a tribute to the majesty and miracle of opera. For those new to opera, the novel perhaps opens a door that heretofore has not been opened for them. And for those readers who love opera, I would imagine the novel is like visiting with an old friend.

Opera has been around since the 1700s when it was born in Florence. Soon it flourished all over the globe.

In this guest post, I will endeavor to discuss and highlight a few key ways in which opera has changed over the years and the effect those changes have had on the singers, the audience, and on opera itself. There is no particular order given, just some random thoughts on how it has changed.

To start, let’s see how the life of a singer has changed. To do so, let’s look at the career of Enrico Caruso, perhaps the greatest tenor who ever lived.

Caruso, who lived near Florence, would sail to New York in the fall and he would be stationed at the Metropolitan for the entire Met season. He would sing at some other cities while here, but most of his stay was in New York. At the end of the season, he would sail back to Italy where he would rest for the summer, with perhaps a few stops to sing along the way. He was the face of the Metropolitan Opera. That is how it was for singers. For example, Beniamino Gigli, Maria Callas and Giuseppe di Stefano were the faces of La Scala.

A singer today is not tied to one house during an entire season. And that is because of the ease of travel by air. Now a singer jets all across the world, singing with almost no downtime. Does this affect the voice? You bet. So, while air travel has allowed singers opportunities to be heard at many locales, it has also resulted in opera houses not having a singer around all season.

Some further thoughts on air travel. It has brought a singer’s career in direct contact with jet lag, the bane of all singers. As George Shirley, a wonderful tenor at the Met in the 60s and 70s, told me, jet lag is always in the mind of a singer and trying to find ways to cope and perform with it. Is never ending; not to mention the atmospheric changes and pressure changes that affect a singer’s voice while travelling by plane. After all, a stuffy nose for an opera singer can be terrifying.

Another way opera has changed is the impact of social media. A young singer takes the stage at a small theater of 1500 patrons and, in the early part of the career, uses these early opportunities to learn and perfect the art. Are mistakes made? Of course, but they are learning. And if a singer gives a bad performance, only 1500 people saw it. Not today. With YouTube, Twitter, Facebook, that bad performance can be broadcasted all across the globe. This makes it very tough for a singer in his/her galley years, as they are at the infancy of their careers. Of course, the reverse is true as well. Social media also
opens the door for world wide fame and recognition very quickly for a singer.

One big change for opera has been the introduction of supertitles. These are translated words of the opera projected usually above the stage. (At the Met they are on the seat in front of you.) This has made opera very much understandable to many operagoers. Now, an audience member can read along during the opera and understand every word of an opera being sung in a language they may no nothing about. That is a good thing. Yet, supertitles have many critics. Some say it takes the audience members attention away from the stage as they look to read. Singers say it makes it difficult as they will sing a funny phrase, but the laugh only comes after the words are read by the audience. It’s a debate that will always happen. I did see an article last week that in Japan a company is introducing glasses you can wear to the opera and the words scroll across the glasses, so you don’t need to look away from the stage. A very interesting concept and I am curious to see how they are received.

Thanks for the opportunity to reflect on some changes in opera over the years. Opera may change over the years, articles will be written on the demise of opera, but as long as there is love, passion, sadness, and a desire for melody in the world, there will always be a place for opera.

Vincent B. “Chip” LoCoco
Author of Tempesta’s Dream – A Story of Love, Friendship and Opera

Tempesta’s Dream is the story of an aspiring opera singer coming of age in Milan; a tender and moving love story; a testament to the bonds of friendship; and, at its core, a tribute to the beauty, majesty and miracle of opera.

Giovanni Tempesta always dreamed of becoming an opera tenor and one day singing from the stage of the La Scala Opera House in his hometown of Milan, Italy. But with no real training, his dream has little chance for fulfillment . . . One day, he meets and immediately falls in love with Isabella Monterone, a dark-haired beauty, whose father, a very rich and powerful Milanese Judge, refuses to allow his daughter to date a penniless musician . . . At the lowest part of his life, Giovanni comes upon the Casa di Riposo, a rest home for musicians established by the great opera composer, Giuseppe Verdi . . . It is at the Casa Verdi that Giovanni meets Alfredo del Monte, a blind, retired opera singer with a secretive past who gradually becomes his mentor . . . Could Alfredo be the one person who could assist Giovanni in finding the break he needs? Or is Giovanni destined to be on the cusp of reaching his life long dream, only to find failure? . . . Tempesta’s Dream, at its core, is an Italian opera love story. The author tells the story simply and swiftly with an ending that is both an emotional and poignant moment of both “amicizia e amore” (friendship and love.)

Praise for Tempesta’s Dream
“The novel has enormous heart and a few times my eyes filled with tears. I was vividly involved with this young tenor, his dreams, and the wonderful old man who taught him. It is not an easy thing to convey the passion for song. However, the way the author did it, I could physically feel the young tenor singing and hear his voice.” -Stephanie Cowell, Author of Marrying Mozart

“The story holds charm and appeal. There is beauty in the depiction of the relationship between Giovanni and Isabella, as well as in the bond between Alfredo and the young tenor. Giovanni, Isabella and Alfredo will remain in ‘memoria mia’ for years to come.” -George Shirley, Tenor, University of Michigan Emeritus Professor of Music (Voice)

“Within a very moving story of romance and friendship, the author has created a realistic portrait of a young singer’s pursuit of an operatic career. This lovely tale allows one to acquire an understanding of and an affection for opera.” -Audrey Schuh Redmann, Soprano

“This novel is a thorough pleasure.” -Christina Vella, Author of Intimate Enemies, The Two Worlds of Baroness de Pontalba

“The story surprised me and involved me. The development of the book was very intriguing and moving.” -Cecilia Gobbi, founder of the Associazione Musicale Tito Gobbi, an organization devoted to preserving and celebrating the record of her famous baritone father’s contribution to opera

“What a story! Quite possibly, the best novel about opera I have ever read. The passion of opera pulsates throughout the entire novel. Highly recommended.” -John Gehl, Opera historian and the only American collaborator on The Oxford Concise Encyclopedia of Opera

“The author’s contagious love of opera and his faith in human decency sing through this loveable page-turner of a story.” -Susan Nicassio, Author of Tosca’s Rome

“An intelligent and entertaining lyrical journey . . . A rare, beautiful story with passion and opera pulsating through each page. LoCoco has woven a unique novel with exceptionally developed characters, realistic dialogue and a well-balanced narrative.” -Penn Book Review 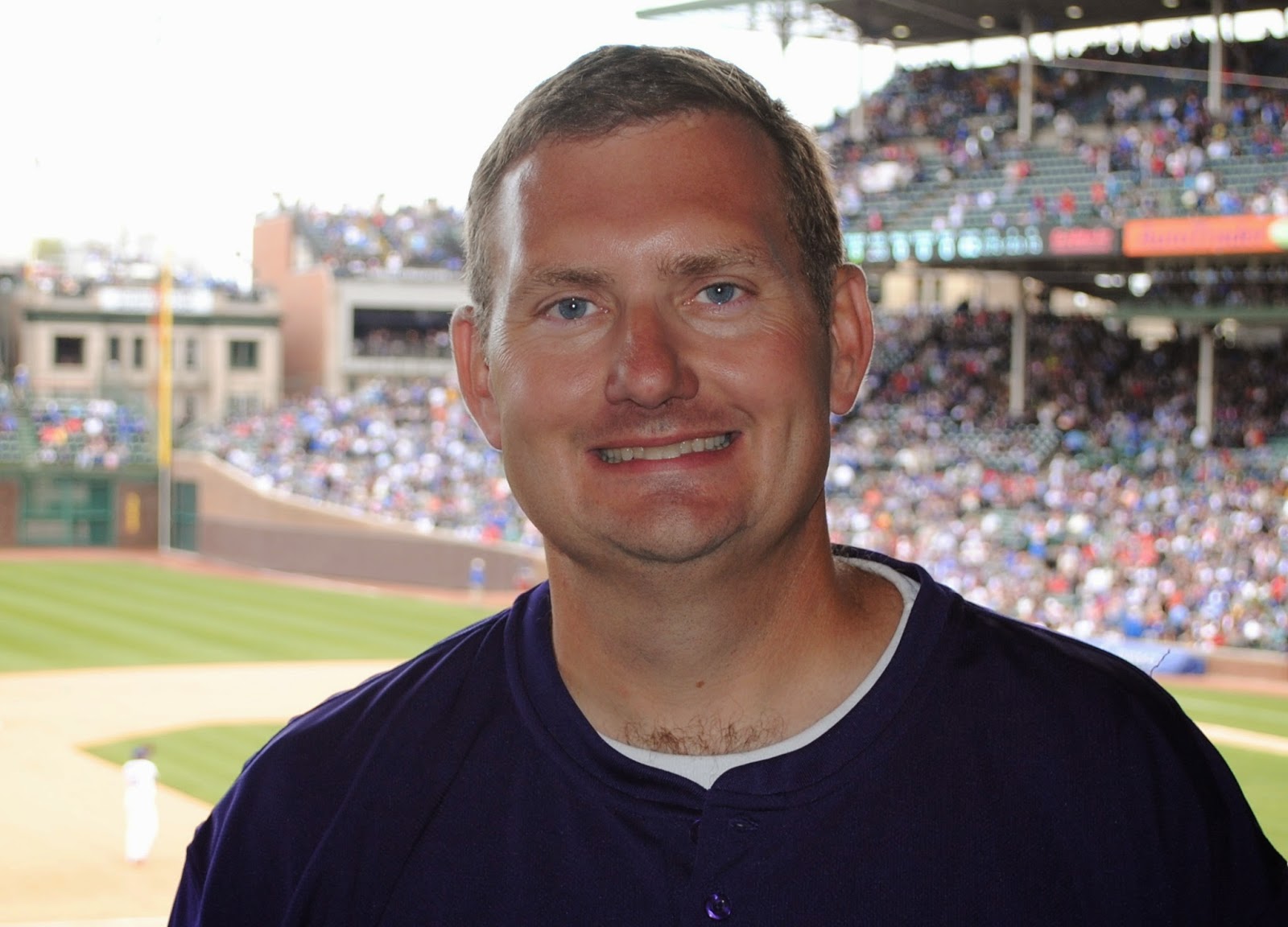 About the Author
Chip LoCoco was born and raised in New Orleans. He is an attorney, with an emphasis on estate planning. A lifelong lover of music, Chip’s passion for opera dates back many years now. He has seen operas all over the world at some of the greatest opera houses. Chip has been asked to give talks on opera as well as the Sicilian-American culture of New Orleans.

Chip’s second novel, Bellafortuna, has been named a Short List Finalist in the William Faulkner Writing Competition. A date for publication has not been set yet for his second novel.

Chip is married to his wife of 15 years, Wendy. They have two children, Matthew and Ellie and a beagle, named Scout. They reside in their beloved city of New Orleans, where if you try to find them on a Sunday in the Fall, they will be somewhere rooting on their Saints.