Susan Spann's Blade of the Samurai - Guest Post and {Giveaway} 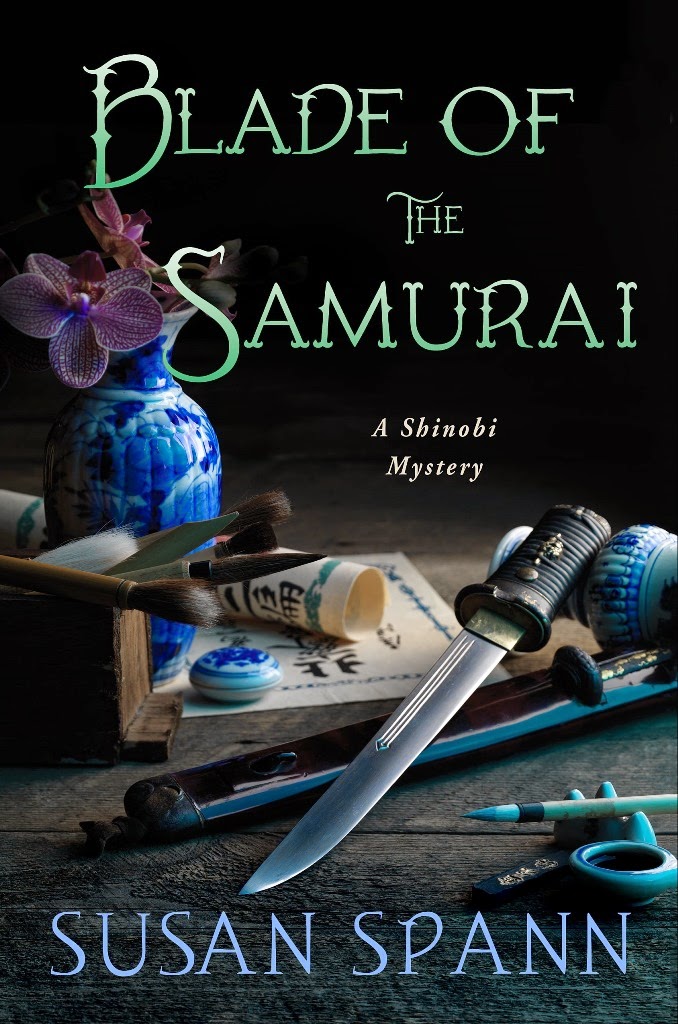 The Rope and the Sword: Justice in Medieval Japan

Prisons existed in medieval Japan, but mostly as holding areas for commoners accused of crimes. Unlike modern prisons, which house convicted criminals for the duration of their sentences, medieval Japanese prisons were not designed or intended for long-term incarcerations.

The medieval Japanese justice system was actually a pair of parallel systems: one for commoners, and the other for samurai.
By the 16th century—the era when I set my Shinobi Mysteries—Japan had a highly developed system of courts and law enforcement. Magistrates presided over courts in every major city (and many towns had magistrates as well). Magistrates acted like modern judges, resolving disputes and conducting trials when commoners were accused of crimes. Although the magistrates themselves were members of the noble (samurai) class, but their actions and jurisdiction generally focused on commoners.

Beneath the magistrates, a group of “assistant magistrates” (called yoriki) acted as supervisors for the “beat cops” (known as dōshin) who patrolled the cities and arrested those accused of crimes. Like the magistrates, yoriki and dōshin were always members of the samurai class. However, policemen were usually low-ranked samurai, where the magistrates came from “better” families.

Although the police force was composed entirely of nobles, samurai rarely used the police or the justice system to resolve their own disputes. By law, samurai had the right to address legal matters privately—by violence if necessary. Samurai families generally tried to resolve minor issues through negotiation, but where that failed, samurai justice was delivered on the edge of a sword.

Like the justice system, punishments meted out to criminals often depended on the social class or rank of the convicted (or condemned).

As the highest-ranking social group, samurai had special privileges where punishment was concerned. For serious crimes, a samurai often had the right to commit seppuku– a form of ritual suicide in which a samurai sliced his own belly with a dagger, spilling his intestines (and ensuring himself a slow and painful death). The samurai was usually allowed a “second,” called the kaishakunin, who stood behind the “self-determining”
samurai with a sword, and ended the samurai’s life with a merciful strike to the neck after the fatal stomach cut was completed.
In medieval Japan, ritual suicide by seppuku restored a samurai’s honor, and that of his family, preventing the need for a feud between the wrongdoer’s clan and the clan of his victim. However, only samurai were allowed the option of seppuku—and the “honor” was not extended to every samurai who committed a crime.

Among commoners, the sentence for serious crimes was generally death by hanging. Unlike seppuku, which restored a condemned man’s honor, hanging was a degrading and defiling form of death. It shamed the convict and also his (or her) family. Hangings generally took place in public, and were sometimes followed by decapitation and display of the criminal’s head as a warning to the rest of the population.

In an ironically “modern” twist, the Japanese justice system treated women as equal to men, at least where punishment was concerned. Female criminals went to the gallows alongside their male counterparts.

Medieval Japanese justice plays a major role in my mystery series, which looks at crimes among commoners as well as among the samurai. The newest Shinobi Mystery, Blade of the Samurai, involves the murder of the shogun’s cousin. Magistrates play less of a role in this novel than they did in the first Shinobi Mystery, Claws of the Cat, but in exchange, readers get a glimpse inside the walls of the shogun’s palace.

The next book in the series, Flask of the Drunken Master (Minotaur, July 2015), involves the murder of a brewer. Since brewers were commoners, Flask involves the other side of Japanese justice ... and execution.

For people living in medieval Japan, crime and punishment were inseparable from the larger ideals of honor, respect, and social class. Serious crimes were an unforgivable disrespect for the law and the social order. A major crime created a debt that could only be “repaid” with the criminal’s life—a truth that transcended even the sharp class lines that pervaded every aspect of medieval Japanese culture.

June, 1565: Master ninja Hiro Hattori receives a pre-dawn visit from Kazu, a fellow shinobi working undercover at the shogunate. Hours before, the Shogun’s cousin, Saburo, was stabbed to death in the Shogun’s palace. The murder weapon: Kazu’s personal dagger. Kazu says he’s innocent, and begs for Hiro’s help, but his story gives Hiro reason to doubt the young shinobi’s claims.

When the Shogun summons Hiro and Father Mateo, the Jesuit priest under Hiro’s protection, to find the killer, Hiro finds himself forced to choose between friendship and personal honor.

The investigation reveals a plot to assassinate the Shogun and overthrow the ruling Ashikaga clan. With Lord Oda’s enemy forces approaching Kyoto, and the murderer poised to strike again, Hiro must use his assassin’s skills to reveal the killer’s identity and protect the Shogun at any cost. Kazu, now trapped in the city, still refuses to explain his whereabouts at the time of the murder. But a suspicious shogunate maid, Saburo’s wife, and the Shogun’s stable master also had reasons to want Saburo dead. With the Shogun demanding the murderer’s head before Lord Oda reaches the city, Hiro and Father Mateo must produce the killer in time … or die in his place.

Blade of the Samurai is a complex mystery that will transport readers to a thrilling and unforgettable adventure in 16th century Japan.

Book One of the Shinobi Mysteries series, Claws of the Cat, was released in 2013.

Praise for Blast of the Samurai

“The second Hiro Hattori mystery (after 2013’s Claws of the Cat) finds the sixteenth-century ninja—and unofficial investigator—presented with an interesting problem…A strong second entry in a very promising series.”—Booklist

“Hiro and Father Mateo’s second adventure (Claws of the Cat, 2013) combines enlightenment on 16th-century Japanese life with a sharp and well-integrated mystery.”—Kirkus Reveiws 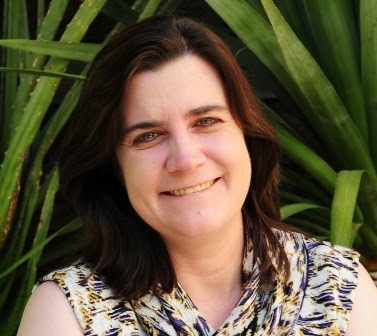 About the Author
Susan Spann acquired her love of books and reading during her preschool days in Santa Monica, California. As a child she read everything from National Geographic to Agatha Christie. In high school, she once turned a short-story assignment into a full-length fantasy novel (which, fortunately, will never see the light of day).

A yearning to experience different cultures sent Susan to Tufts University in Boston, where she immersed herself in the history and culture of China and Japan. After earning an undergraduate degree in Asian Studies, Susan diverted to law school. She returned to California to practice law, where her continuing love of books has led her to specialize in intellectual property, business and publishing contracts.

Susan’s interest in Japanese history, martial arts, and mystery inspired her to write the Shinobi Mystery series featuring Hiro Hattori, a sixteenth-century ninja who brings murderers to justice with the help of Father Mateo, a Portuguese Jesuit priest. When not writing or representing clients, Susan enjoys traditional archery, martial arts, horseback riding, online gaming, and raising seahorses and rare corals in her highly distracting marine aquarium. Susan lives in Sacramento with her husband, son, three cats, one bird, and a multitude of assorted aquatic creatures.

Read my review of Blade of the Samurai

Follow the instructions on the Rafflecopter form below to enter for a chance to win a hardcover copy of Blade of the Samurai! (Open to U.S./Canada)