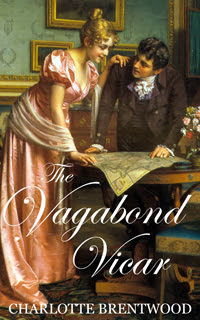 A Matter of Life and Death: Women in the Regency Period

As a modern woman in this frantic world of ours, it’s easy to romanticise the past and wish we were one of the regency ladies we love to read about. We imagine a glittering life of balls and horse-drawn carriages, grand estates and seaside excursions.

Those carriage rides could be very bumpy and uncomfortable, with distances between towns taking many hours. And the horses… let’s just say they don’t clean up after themselves. Even the people would have been quite, er, fragrant. But the economic realities of genteel Regency women are perhaps the greatest reason for us to be grateful we live in modern times.

It was extremely rare for a woman to inherit her family’s fortune. Even a generous dowry would go to her husband on marriage. A gentlewoman had no way of providing for herself. If she was not fortunate enough to marry, she would need to rely on her family for sustenance. On the death of her parents, a brother would need to agree to take her in. If circumstances didn’t work out, she would quickly drop down the social strata, with a governess being the best position she could hope for, and at worst she would need to go to London and find some manual labour to undertake. In extreme cases securing a husband could be a matter of life and death.

Once married, our gentlewoman wasn’t assured a happily-ever-after. Many marriages were purely an economic arrangement without much love or fidelity. Childbirth carried a high risk of complications or death, and of course with no contraception this would be endured many times. As a wife she was her husband’s property and he was in charge of her fate including where she lived and what she could spend. Although many women could do charity work to contribute to society, long years of “morning visits” and embroidery must have gotten quite tedious for intelligent minds.

It’s because of these circumstances that I love finding my heroines men who will not only secure their material happiness, but also love and contentment. It is and was a rare thing, and thankfully we can escape into stories where, despite the inevitable challenges, love prevails.

About the book
William Brook is an idealistic young cleric, desperate to escape dreary England for a mission adventure in exotic lands. It's his worst nightmare come true when he is posted to a parish in a small backwater village, populated with small-minded people and husband-hunting mamas. He’s determined not to form any ties and to escape the country as an independent single man.

A free spirit, Cecilia Grant is perfectly content to remain in her family home in Amberley village - when she's not wandering the countryside at all hours painting. Marriage options are few, but that won't stop her mother from engineering a match with one of the ruling family's sons. Cecilia attempts to win the man, but what is it about the new vicar and his brooding ways that is so appealing? Could he be the only one who has ever really understood her, and can she discover what he is running away from?

As William struggles not to fall in love with the lady's intoxicating beauty and mysterious eccentricity, he finds himself drawn into the lives of the villagers, despite their best efforts to alienate the newcomer. When he makes it clear he's not sticking around, Cecilia strives to restrain her blossoming feelings for him. Just when it seems love may triumph, dark secrets are revealed in Amberley and a scandal from William’s past may see the end of not only his career, but his chance at finding an everlasting love.

The Vagabond Vicar is an unashamedly romantic historical novel you'll fall in love with. If you love Jane Austen and Georgette Heyer, can't get enough of Downton Abbey or Cranford, or just prefer old-fashioned boy-meets-girl stories, try reading Charlotte Brentwood.

Sensuality level: sweet (only kissing)
Please note, although there is some mention of religious subject matter due to the hero's occupation, this is not an "inspirational" novel. 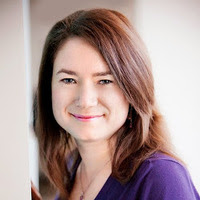 About the author
Charlotte developed serious crushes on a series of men from age fifteen: Darcy, Knightley, Wentworth and Brandon. A bookworm and scribbler for as long as she can remember, Charlotte always dreamed of sharing her stories with the world.

Earning a degree in communication studies, she was seduced by the emerging digital world and has since worked with the web and in marketing. She lives in beautiful Auckland, New Zealand.

When she's not toiling at her day job, writing or procrastinating on the Internet, Charlotte can be found snuggling with her cat Sophie, warbling at the piano, sipping a hot chocolate or enjoying the great outdoors.

Giveaway
Follow the instructions on the GLEAM form to enter for an eBook copy of The Vagabond Vicar. Open internationally!