It all started with a conversation over a cup of tea. A few of us at work read a lot of books and we all have a preference for historical fiction. The conversation was around which periods had not really been covered by the big hitters, like Scarrow, Cornwell and Iggulden. We couldn’t really think of any. It was an interesting conversation, but didn’t amount to anything. At the time I was writing a non-fiction book called The Sports Motivation Master Plan.

A year or so later, the Master Plan was off with the editor and I was at a loose end. I was still maintaining the same routine, up at 5am sat in front of the computer, but doing nothing productive. On the way to a competition with a mini-bus full of athletes, a 5 hour round trip on the motorway of mind-numbing frustration in a bus that was restricted to 56mph, I started to think about writing a novel, but what about?

There I was, with a bus full of athletes…….

And then, there it was. Ancient Olympics. (The idea of writing a contemporary novel about the Olympics came to mind, but it didn’t even interest me, never mind a reader!) I thought back to that conversation and tried to think of a major series of books set in Ancient Greece, and I couldn’t. Brilliant. I was sure there was, but the fact that none sprung to mind was good enough. By the time the bus journey finished I had the plot, not just for one book, but for a whole series.

I love Greece, and I’ve been there many times. I even plan to retire there when the time comes. Perfect. Except I knew scant amount about the history, only tourist levels of knowledge. Time to research. I read an excellent book called The Naked Olympics, by Tony Perrottet which gave me some great ideas and helped me decide the exact period I wanted to set it in. The aim wasn’t to write about specific historical events, only to use them as a backdrop. The aim was for the characters and the plot to carry the day.

During my research though, I found such a rich vein of content that if I’d simply picked Ancient Greece and dropped a pin in the timeline, I could have been content to write a book on where it landed. For example, I use a real character in my book called Pericles, the Polemarchos of Athens and his activities are on the fringe of the story. He comes into the story properly towards the end. But, if you read Pericles’ Wikipedia page, you could write a whole series of novels just from that! The period is absolutely fascinating.

As a final example, when I came to the end of Act 2 in the book, I wasn’t sure how to climax it. I knew the whole plot of Act 3, and I had got to a point where I wasn’t quite happy with how to get there. I got stuck for a week or so and went back to the research. I started with the setting. The story is set on the Island of Samos during the Siege in 440BC. I had a look at background on Samos and there it was. In the 6th century BC, a 1036m tunnel was excavated from both ends under Mount Kastro by a Greek Engineer called Eupalinos. The incredible accuracy was a feat for the first tunnel in known history to be dug using geometry and the second to be dug from both ends. The tunnel supplied the capital city with water and was of defensive importance in a siege as it was hidden. There it was, dropped in my lap on the first time of asking. And so the story continued…..

I finished the novel at the end of 2013, but as it was my first, I knew it wasn’t ready. It’s been edited innumerable times, the first 10 chapters have been removed and I’ve now rewritten it. I am a better writer now, more skilled and it is ready. I’m releasing it on e-book in parts over the course of this year, with the full book and paperback released at the end of November. The first three parts have the covers you can see at the top of this post (I design the covers myself and I’m quite proud of them).

The first draft of the second book in the series The Academy: Olympian Book 2 has just been finished. This one sees my protagonist, Alexander, meet up with some sworn enemies at a military academy and faces a battle of survival when all the odds are stacked against him. I will put it aside for a few months now while I write my next novel, the follow up to my technical contemporary thriller D.E.M. _ Deus Ex Machina, before I give it a good old editing. My aim is to release it early next year, followed by the third book set at an Olympic Academy and the fourth set at the Olympics over the course of the year. This is all to tie in with the 2016 Olympics of course.

About the book
Alexander decided that there was no-one around and started to move from under the ramp but, before he could make his escape, he felt the ship rock as loud tramping came from the gangplank. He froze in position while he tried to work out what this new sound meant. Whatever it was, the ship was noisier somehow. After listening for a short time, he realised that the troops were boarding the ship. He needed to get away, so he dragged himself fully our and from his hiding place and made his way to the ramp. Maybe he could just run past them all before they realised he was there. Then, to his horror, the ramp down into the hold started shaking and the tramping came closer as the soldiers started coming down it into the hold to shelter from the sun. He was trapped!

In 440BC, all the young Alexander wants to be is an Olympian. But while trying to follow his hoplite father, Alexander becomes trapped aboard a troop ship. His life spins out of control when making port, the seemingly benign state of Samos overthrows the mighty Athenian army and tragedy strikes. He soon realises that the foes in his own camp are more dangerous than the Samian rebels. When one of his only friends and allies on the island goes missing, Alexander has to further endanger his own life to try and find him but by doing so he puts his friend's life, and his mother back in Athens, in danger.

Excerpt from Chapter 3
The Samians continued to wait as the phalanx approached, and were in no hurry to come out to meet the Athenians. Alexander held his breath in anticipation of the crash of shields. He knew he shouldn’t look forward to it but he couldn’t help himself. People were going to die and he felt ashamed of himself when he realised with disappointment that this was not going to be the case here. The Samians wore light armour and the spears were short, not long like the ones protruding from the phalanx approaching them. Some did not even have spears.

Alexander waited for the Samians to break and run, but they continued to wait, not particularly still, but neither were they making any effort to protect themselves. As the Athenians continued to close on them he became confused. He tried to spot how they were going to fight against the approaching phalanx or whether they were about to surrender. The Athenian phalanx accelerated forward covering the short distance remaining until the two armies met and he couldn’t understand why the Samians still made no move to advance or retreat. He couldn’t see their faces from this distance, but they were not moving and didn’t look like they were doing anything.

When the Athenians came into range, a huge black cloud rose up from behind the siege wall, to the confusion of the watching Alexander. He struggled to process the scene unfolding before him. The Samians were moving now, the waiting over and commands from the Samian lines reached the ridge where he waited, the sound delayed by the distance. As he watched the Samians start to move, his mind caught up with the action unfolding before him. He returned his attention to the black cloud, which had now changed from an indistinct mass into thousands of arrows that climbed high into the blue sky, a faint hiss following them. They reached their zenith and then hovered suspended for a moment, caught above the phalanx. Alexander held his breath as he watched them riveted by the sight, the movements below forgotten. As if remembering their path, the arrows started on their new journey downward in a lethal rain. Alexander’s eyes widened and he sucked in a sharp breath. He clapped his hands to his face, riveted by the path of the arrows.

In a moment of sudden and terrible clarity, he realised the magnitude of what he had done by coming here. His mother was alone back in Agryl and, because she was a Thracian, her status as a citizen came from his father and him, and they were both here. If his father perished and he wasn’t there either, she would lose everything, her husband, her home and her means of support. He didn’t know where she would go, if he would ever find her again. He had to do something, his panicked thoughts tumbled through his mind. He couldn’t get home now until the next transport returned. He had to try and protect his father somehow instead. The twelve year old boy protecting the seasoned veteran. It sounded ridiculous to his own mind, but he reasoned that there must be something he could do to help, with the rain of death descending on the phalanx below. He would work it out as he went along. With the decision made, he set off down the ridge at a run towards the imminent battle below. 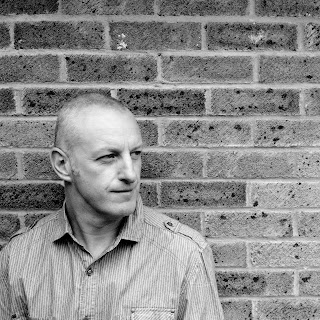 About the author
I’m a Programme Manager by day, an athletics coach by night and get up with the lark to be a writer. Sometimes, I spend time with my wife, two kids and my dog as well. I used to write articles for stack.com, speedendurance.com and Athletics Weekly before the fiction bug took over my life. Now that’s all I write.

Follow the instructions on the GLEAM form below to enter. Good luck!