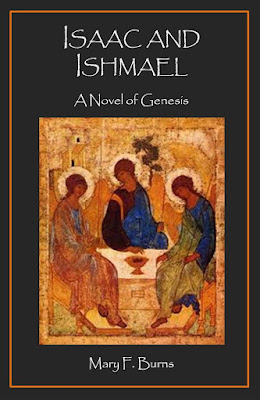 Please join Mary F. Burns as she tours the blogospere with HF Virtual Book Tours for Isaac and Ishmael: A Novel of Genesis from June 8-26.

Isaac and Ishmael attempts to bring to human scale the legends and mythic dimensions of Abraham and Sarah, their sons Isaac and Ishmael, and Isaac and Rebecca’s twin sons Esau and Jacob. Readers will experience the struggles, competition, betrayals and loves of these brothers, fathers and sons caught up in the overarching tension between time and eternity, a place where a new God is coming into being—Yahweh, the uncanny, irascible, mischievous, bargaining God who participated in the life of a new people and compelled them to a new way of being human.

The stormy relationship of Isaac and Ishmael has long passed into a tradition which looks to Isaac as the father of the Jewish people, and Ishmael as the father of the Arab people, particularly in Egypt. Similarly, while Jacob carries on his father’s heritage, becoming the father of the Twelve Tribes of Israel, his twin brother Esau, the red-haired archer who sold his birthright for a bowl of lentil soup, is traditionally said to have departed for the North, and populated what would later become Rome. Isaac and Ishmael explores the thorny, complex yet delicate relations between these brothers and fathers, providing a more human understanding of the differences that arise between individuals and peoples, even now as the ancient tensions in the Middle East continue to flare up in modern confrontations and war. Ever present in the story are the strong, subtle and often ambitious women of Biblical legend: Sarah, Rebecca, Rachel and Leah. 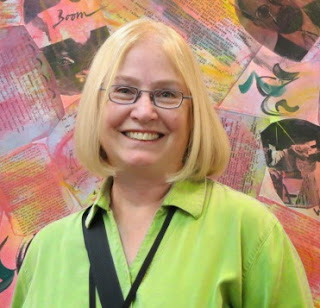 About the Author
Mary F. Burns is the author of ISAAC AND ISHMAEL, published by Sand Hill Review Press in November 2014. Other historical fiction includes THE SPOILS OF AVALON and PORTRAITS OF AN ARTIST (Sand Hill Review Press, February 2014, 2013), both books featuring the celebrated portrait painter, John Singer Sargent and his best friend, writer Violet Paget (aka Vernon Lee). Mary is a member of and book reviewer for the Historical Novel Society and a former member of the HNS Conference board of directors. Her debut historical novel J-THE WOMAN WHO WROTE THE BIBLE was published in July 2010 by O-Books (John Hunt Publishers, UK). She has also written two cozy-village mysteries in a series titled The West Portal Mysteries (The Lucky Dog Lottery and The Tarot Card Murders). She will be part of two panels at the upcoming North American Historical Novel Society Conference in June in Denver, one on The Historical Mystery and the other on Art and Artists in Historical Fiction.


Ms. Burns was born in Chicago, Illinois and attended Northern Illinois University in DeKalb, where she earned both Bachelors and Masters degrees in English, along with a high school teaching certificate. She relocated to San Francisco in 1976 where she now lives with her husband Stuart in the West Portal neighborhood.

Ms. Burns may be contacted by email at maryfburns@att.net. For more information please visit Mary Burns’s website at www.maryfburns.com. You can also connect with Mary on Facebook, Twitter, andGoodreads, or read her blog posts at:
www.jthewomanwhowrotethebible.com
www.literarygracenotes.blogspot.com
www.portraitsofanartist.blogspot.com
www.sargent-pagetmysteries.blogspot.com
www.genesisnovel.blogspot.com

GIVEAWAY
One copy - print or eBook - Open to US only for Print, Internationally for eBook. To enter, please comment below with your favorite historical story from the bible. Last day to enter: Thursday, July 9 at 11:59pm CST.

Rules– Must be 18 or older to enter.
– Only one entry per household.
– All giveaway entrants agree to be honest and not cheat the systems; any suspect of fraud is decided upon by blog/site owner and the sponsor, and entrants may be disqualified at our discretion.
Posted by Michelle Stockard Miller at Thursday, June 25, 2015