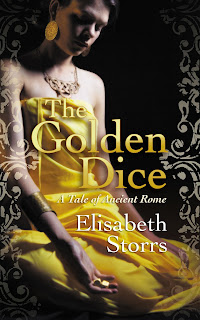 An enduring style: the allure of Etruscan jewellery
By Elisabeth Storrs

I’m not the only one who admires the exquisite jewellery of the Etruscans. In the mid-19th and early 20th centuries Italian jewellers were inspired by archaeological fashions. The most influential of these was a Roman goldsmith, Fortunato Pio Castellani, and his sons, Alessandro and Augusto, who rose to eminence through their introduction of the neo-Etruscan style. 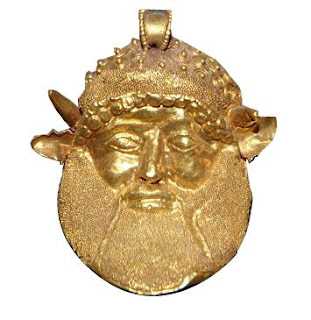 In 1860, Castellani was enlisted to be an advisor on the excavation of the Regolini-Galassi tomb at modern day Cerveteri. This site is renowned as one of the great treasure troves of Etruscan art. Castellani became fascinated by the brooches, earrings and necklaces found in the tomb which were studded with minuscule gold spheres, often smaller than a pin head. This ‘granulation’ technique was achieved without soldering and created an effect called ‘millegrain’ or ‘thousand grains.’ Knowledge of the craft of granulation was believed lost but Castellani discovered there were goldsmiths in the mountain villages near Rome who had preserved not only the secret of granulation but also another procedure called ‘fillegrain or ‘thread and grain/filigree’ where motifs were applied using thin gold wire. 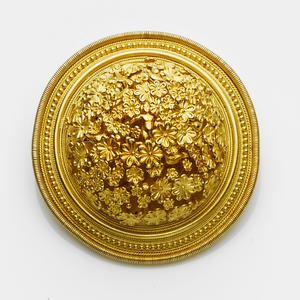 The Castellanis owned a shop near the Trevi Fountain in Rome where they assembled a magnificent collection of antiquities in their showroom. Visitors could then buy replicas as a souvenir of their visit. Not so very different from the ‘museum’ shops that await you when you try to exit from any art gallery or museum exhibition today!

Emperor Napoleon III of France was a great lover of Etruscan artefacts, too. He bought the famous art collection of an Italian marquis, Giovanni Campana, which he exhibited in the Louvre. The Castallani family were commissioned to catalogue and restore the jewellery of the Campana Collection which enabled them to study ancient techniques and gain access to an enormous number of designs. 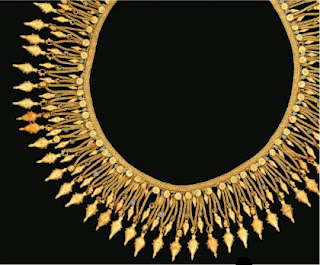 By 1860 neo-Etruscan style pieces had become contemporary fashion accessories and remained in demand until the end of the century. At this point complete ‘parure’ sets of jewels appeared usually consisting of a brooch, necklace and matching earrings. In fact, a couple of years ago I attended a Titanic exhibition and was amazed to see neo-Etruscan jewellery on display which indicates the ‘fad’ was still in existence in the early C20th. Indeed, it was only when diamond jewellery became increasingly fashionable that the allure of the finely wrought gold pieces faded in contrast to the attraction of sparkling gemstones. 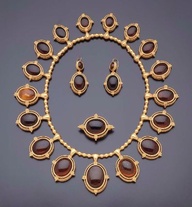 The value of the Castellani family’s craftsmanship, though, has not lessened. A set of gold tasselled earrings worth around $6000 was the subject of a bidding war this year and eventually sold for $169,000! However, no matter whether it is an original or replicated piece, I always wonder about the women who wore them, be they ancient Etruscan princesses laid to rest in tombs or an ill-fated passenger who ended her life beneath icy waters.

My Tales of Ancient Rome series chronicles the events of a ten year siege between Rome and the Etruscan city of Veii after the marriage in The Wedding Shroud of a young Roman girl, Caecilia, to an Etruscan nobleman, Vel Mastarna, to seal a truce. As a rich man’s wife, Caecilia is fortunate enough to be able to bedeck herself in diadems, bracelets and brooches such as those with which I’ve illustrated this post. The other two strong female characters introduced in the second book, The Golden Dice, are not as fortunate. Semni is a young Etruscan artisan who comes to work as a servant in the House of Mastarna while Pinna is a Roman tomb whore whose desperation leads to a tug of war between loyalty and love.

Past readers of The Wedding Shroud will enjoy visiting Etruria again while others might like to venture into this world for the first time in The Golden Dice to learn how three women of the ancient world endure a war.

You will find more information on the background to Elisabeth’s books in this post on her blog, Triclinium. The Wedding Shroud and The Golden Dice are available on Amazon or via other retailers listed on her website. And Elisabeth would love to connect with you on Facebook and Twitter. If you are interested in seeing more Etruscan jewellery and art, please visit her Pinterest boards.

About The Golden Dice
“Skillfully plotted and with vividly drawn characters, The Golden Dice is a suspenseful, romantic, exciting drama…” Sherry Jones, author of Four Sisters, All Queens

Caecilia, a young Roman woman, forsakes her city by marrying the Etruscan Vel Mastarna, exposing herself to the enmity of his people and the hatred of the Romans who consider her a traitoress…

Semni, a reckless Etruscan girl, becomes a servant in the House of Mastarna, embroiling herself in schemes that threaten Caecilia's children and her own chance for romance…

Pinna, a tomb whore, uses blackmail to escape her grim life and gain the attention of Rome's greatest general, choosing between her love for him and her loyalty to another…

In this second volume in the Tales of Ancient Rome series, the lives of women in war are explored together with the sexuality, religion, and politics of Roman and Etruscan cultures, two great civilizations of ancient history. 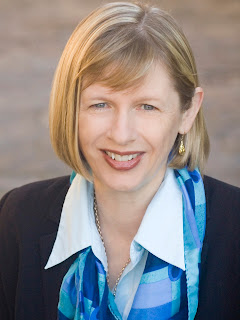 About the author
Elisabeth Storrs has long held an interest in the history, myths and legends of the ancient world. She is an Australian author and graduated from the University of Sydney in Arts Law, having studied Classics. She lives with her husband and two sons in Sydney and over the years has worked as a solicitor, corporate lawyer, governance consultant and business writer. The Wedding Shroud was judged runner-up in the international 2012 Sharp Writ Book Awards for general fiction.

Follow the instructions on the Rafflecopter form below to enter for a chance at a digital copy of The Golden Dice by Elisabeth Storrs!