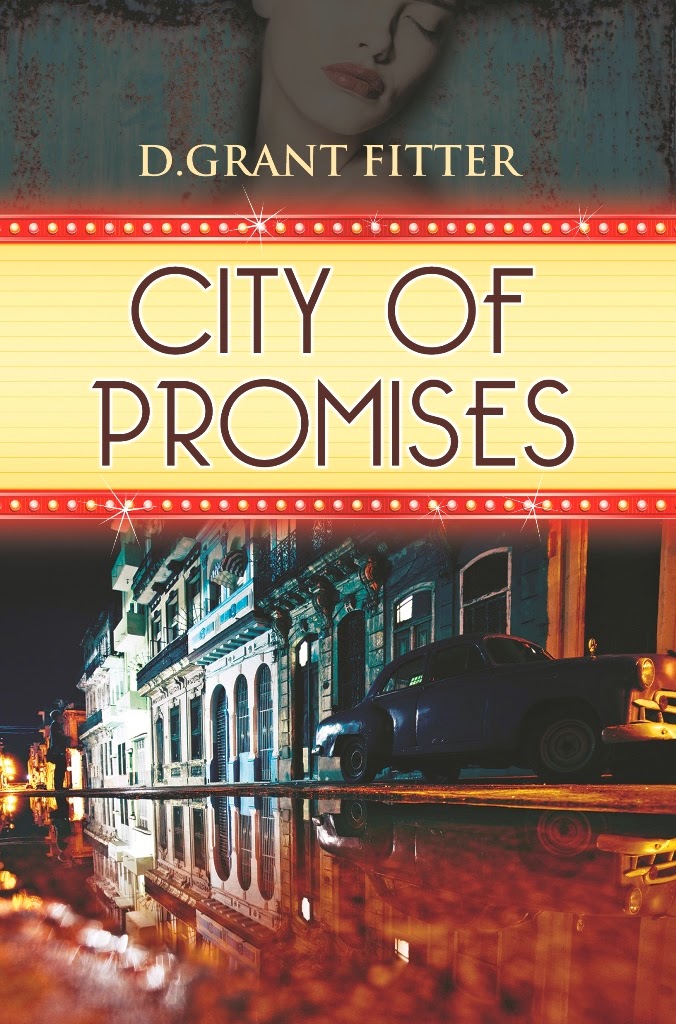 As much as my City of Promises novel is a cultural celebration of Mexico City lifestyles in the 1940s, as much as it turned into a romance, and as much as the tale is an historical account, the underlying current is a plot driven forward by the impact of and reaction to, rampant crime and corruption.

It is not surprising then, that so many readers and reviewers are drawn to the corruption aspect of the storyline, interested to know more about mafia culture during the decade commonly referred to as “Mexico’s Golden Age”. Mafia stories are popular here at home in the US, and have been explored from so many angles and in such abundance they could almost be a genre on to themselves.

To me it is a good thing some readers have tagged my book an excellent film noirsort of story. That suits me just fine, because to my way of thinking, that takes the novel out of the compact realm of mafia culture and into something more atmospheric, something more all-embodying.

I suppose that what I am driving toward is a way of saying the corruption in the Mexico of that period is something that reaches much deeper into the social structure of a country than the mafia culture we happen to be familiar with here. In fact, it isn’t really a mafia culture at all. Profiting from corruption is considered a rightful reward of political achievement. It is an entitlement in which the degree of impunity is directly scaled to a level of political importance from the President on down.

Where we might think of organized crime being a mob here and a family there trying to grab a profitable piece of the action, Mexicans accept that the political elite are going to extract as much as they can extract from the entire economy.

That is right. I am serious.

During the President Aleman era of the 1940s, there was barely an economic activity of any consequence that was not manipulated by the President’s “crime family”. The Miguel Aleman regime established a new standard, setting the bar for every administration that followed.

It is an extremely interesting charade.

A president is elected to a single, six year term and most use their window of opportunity to extract as much wealth as they possibly can within the time limit set down by the constitution. Mainly because of the degree of sophistication involved, his “crime family” deals all appear quite proper and Mexicans have a unique capacity to ignore reality if it is well disguised, the president literally gets away with murder. Or maybe it is a uniquely Mexican resignation that nothing will ever be done to change things so it is best to get on with living the best one can while the governing machine gorges itself on the nation’s wealth.

The history of the Aleman rise to the presidency and his term of office is littered with unexplained murders, extortion, strong arming, expropriated wealth, land theft, false contracts, kickbacks, and association with illegal businesses.

You might prefer to think it cannot be so, but political corruption there makes mafia culture here look like small potatoes. To do so would be perpetrating the lie.


Is there an economic value of one’s soul? “By divine good fortune I live in the most glamorous era of a famously enticing city. By obscene misfortune I’m shut out by its ruling elite.” Daring ways to make it big are on offer in Mexico City in the 1940s, but best watch your back! If Arturo Fuentes barters virtue to maneuver in on the action, will the consequence of his choices be too much to bear?

The rebirth of one of the world’s most colorful cities forms the rich backdrop for this historically discerning tale of treachery, intrigue and political corruption.

“My entire family was stuck for generations in that isolated village south of Veracruz where I was born. When you’re fourteen, know you are a dreamer and learn to be a schemer, you can’t stay and so you start planning for the day.”

In 1941, 21-year-old Arturo Fuentes followed the beat to Mexico City.
“There was so much going on!”

“A man moving up meets all kinds of people in that seductive city. Powerful men to boost your business prospects or a real dish who will change your life. Without women, life is without drama.”

“Arturo has goodness in his heart. I could tell in an instant. He was so easy to love. Arturo couldn’t sense the warning signs like a woman does. That pack of important politicos sucked him in! You can’t play their games and expect to walk away.”

“She was right! Each day my reasons for quitting got bigger and the ways out got smaller. I had to do what I had to do to save my soul.”

Praise for City of Promises
… beautifully merging together historical fact with inspired fiction, this remarkable story is enlightening, illuminating and thoroughly compelling…” -Goodreads

“… a dazzling story of an eager young industrialist drawn to a myriad of big city temptations yielding experiences of tragedy, corruption, misfortune and prosperity …” – el Popular

“Fitter has efficiently dealt with time and place that makes the story come alive in the imaginations of the readers.” – Bookpleasures

About the Author
D. Grant Fitter is a citizen of North America. Born in Ontario, Canada and educated in Colorado, USA, he is convinced he was Mexican in his previous life. How else to explain such a strong attraction to Mexico and all things Mexican, including his wife.

His business career includes long stints of work in Mexico before yielding to a pesky urge to pursue freelance journalism for seventeen years. Meanwhile, Fitter’s Mexican roots continued to call. City of Promises is the product of his curiosity to understand why the culture of our close neighbors is so distant from our own.

He lives in Toronto and whenever possible, in a sunny hillside casita in the colonial town of Taxco, Guerrero.

Visit the other tours for more guest posts, reviews and giveaways - HFVBT TOUR SCHEDULE
Follow the tour on Twitter - #CityOfPromisesTour

Follow the instructions on the Rafflecopter form below to enter for a chance to win a paperback copy of City of Promises by D. Grant Fitter...open to U.S. only!

a Rafflecopter giveaway
Posted by Michelle Stockard Miller at Friday, May 09, 2014