Stephanie Thornton's Daughter of the Gods - Guest post and {Giveaway} 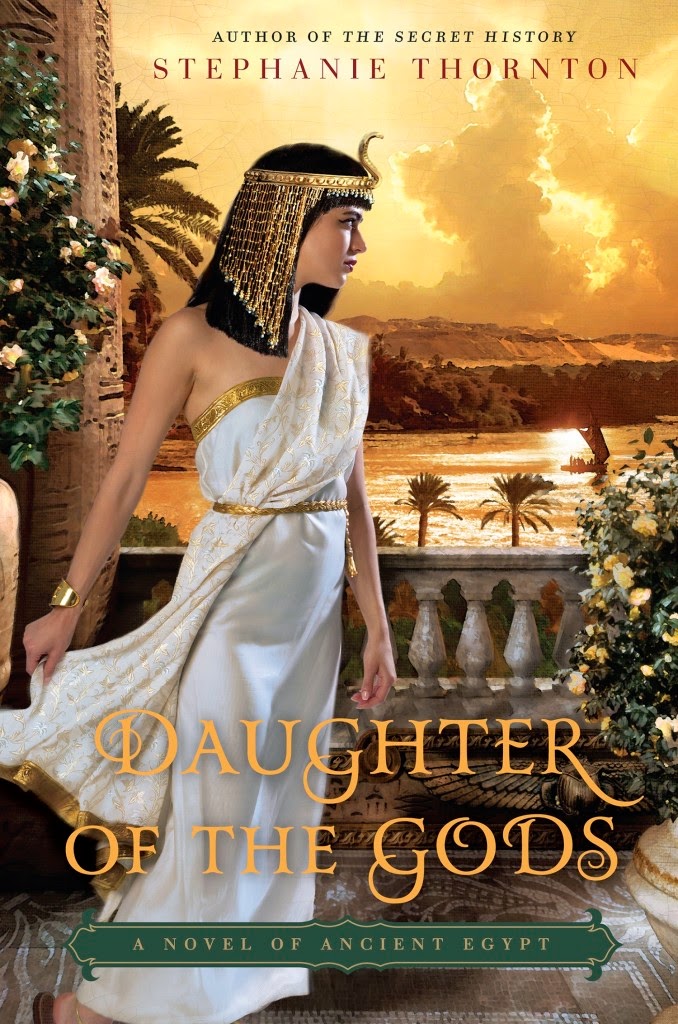 1. Ancient Egypt was full of magic.

So much of life in ancient Egypt was dictated by what we would call magic, but they called it heka. There were magic (and extremely unlucky) days at the end of the year when Egyptians weren’t supposed to do anything. (Sort of like Sundays in Little House on the Prairie.) Amulets conveyed magical properties to both the dead and the living, helping guide souls through the afterlife and healing the sick.

I suspect ancient Egyptians would have approved of all the Facebook cat posts out there, for they were huge feline fans. More than one source I found claimed that Egyptians would shave their eyebrows out of grief when one of their cats died, and there are countless cat mummies, some even buried with mummified mice to keep them well-fed in the afterlife.

3. Food was bland… and boring.

The majority of Egyptians subsisted off of bread and beer, and even those would have been sub-par to modern standards, the bread being thin, flat, and typically full of desert sand that destroyed your teeth, while the beer was akin to barley sludge. Hatshepsut lucked out and got some delicacies like pomegranate salad and date wine, but still… I’d have starved to death if I lived in ancient Egypt.

4. Hatshepsut founded one of the world’s first zoos.

After her trade mission to Punt (likely modern day Somalia), Hatshepsut had a collection of giraffes, baboons, and other African animals that needed a home, so she reportedly created a zoo within Thebes. It’s likely this was the first zoo ever opened to the public!

It’s not lions, tigers, or bears, but instead the hippo that is responsible for more human fatalities than any other animal in Africa. These nasty beasts can run at speeds over 20 mph and have giant teeth that can pretty much crush you in two. While this proved handy for one of the early scenes in Daughter
of the Gods, I suggest you steer clear of all hippos if you ever visit Africa.

Egypt, 1400s BC. The pharaoh’s pampered second daughter, lively, intelligent Hatshepsut, delights in racing her chariot through the marketplace and testing her archery skills in the Nile’s marshlands. But the death of her elder sister, Neferubity, in a gruesome accident arising from Hatshepsut’s games forces her to confront her guilt…and sets her on a profoundly changed course.

Hatshepsut enters a loveless marriage with her half brother, Thut, to secure his claim to the Isis Throne and produce a male heir. But it is another of Thut’s wives, the commoner Aset, who bears him a son, while Hatshepsut develops a searing attraction for his brilliant adviser Senenmut. And when Thut suddenly dies, Hatshepsut becomes de facto ruler, as regent to her two-year-old nephew.

Once, Hatshepsut anticipated being free to live and love as she chose. Now she must put Egypt first. Ever daring, she will lead a vast army and build great temples, but always she will be torn between the demands of leadership and the desires of her heart. And even as she makes her boldest move of all, her enemies will plot her downfall….

Once again, Stephanie Thornton brings to life a remarkable woman from the distant past whose willingness to defy tradition changed the course of history.


Praise for Daughter of the Gods
“Daughter of the Gods is a wonderfully intimate and dramatic evocation of Ancient Egypt, where one headstrong young woman dares to become pharaoh. Stephanie Thornton vividly portrays the heat and the danger, the passion and the heartbreak of Hatshepsut’s struggle, as she defies even the gods to ensure success on the throne of Egypt. A touching love story combines with a thrilling tale of death, courage and political intrigue to produce a superbly researched and powerfully written novel. This is the kind of book that grabs you by the throat and doesn’t let go. A remarkable story, remarkably told.” -Kate Furnivall, author of Shadows on the Nile

“Stephanie Thornton’s heroines are bold, brave, and powerful–they make me want to stand up and cheer!” -Kate Quinn, author of Lady of the Eternal City

“Daughter of the Gods is a full-out, total immersion experience of ancient Egypt. From her moving love affair with a commoner to her fierce and unwavering commitment to Egypt as a female Pharaoh, Hatshepsut crackles with fascinating complexity. Her ka must be grinning with pleasure at this richly textured account of her life, one that is worthy of the great queen herself. “ -Vicky Alvear Shecter, author of Cleopatra’s Moon “An epic saga that brings ancient Egypt to life with vivid imagery and lovely prose. Stephanie Thornton is a rising star!” -Stephanie Dray, author of Lily of the Nile 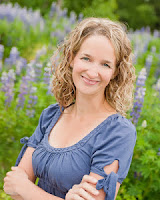 About the author
Stephanie Thornton is a writer and history teacher who has been obsessed with infamous women from ancient history since she was twelve. She lives with her husband and daughter in Alaska, where she is at work on her next novel.

“The Secret History: A Novel of Empress Theodora” is available from NAL/Penguin, and “Daughter of the Gods: A Novel of Ancient Egypt” will hit the shelves May 2014 and “The Tiger Queens: A Novel of Genghis Khan” will follow in Fall 2014.

Watch for my review and another giveaway at The True Book Addict blog on May 21.

Follow the instructions on the Rafflecopter form below to enter for a chance to win a paperback copy of Daughter of the Gods by Stephanie Thornton! (Open to U.S./Canada)

a Rafflecopter giveaway
Posted by Michelle Stockard Miller at Monday, May 05, 2014