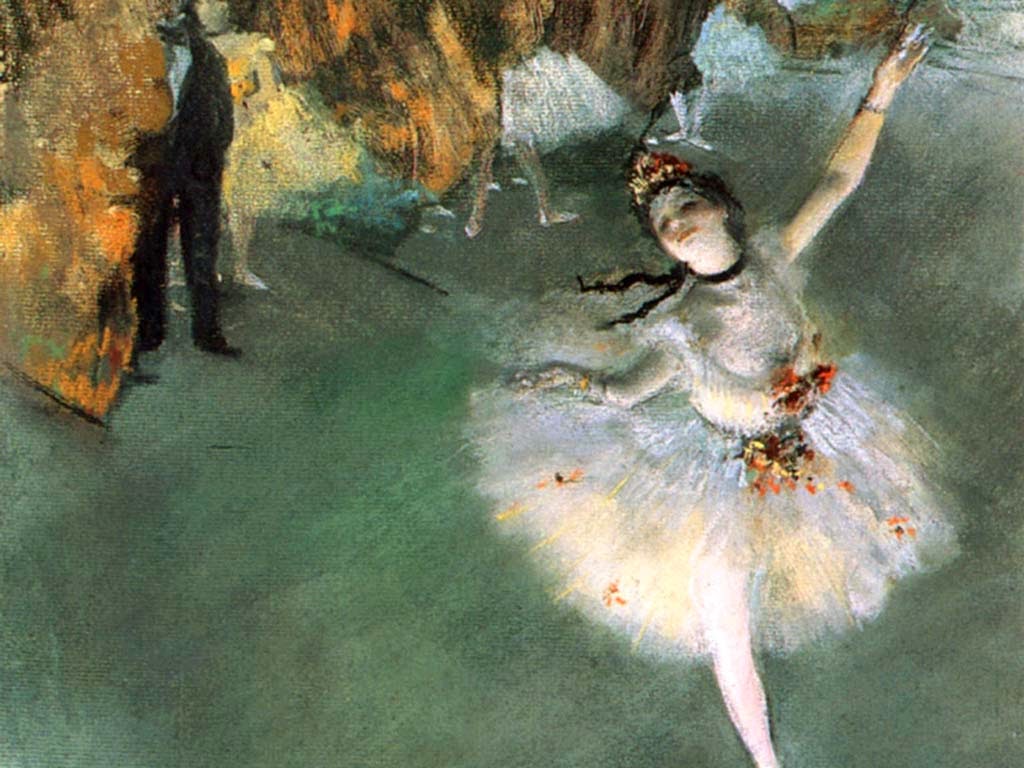 Last month I talked about why artists started painting in new ways back during the nineteenth century. I ended by saying Impressionism had been born. That it had, but what exactly is Impressionism, and who were the originators of it? Both are good questions. Put simply, Impressionism is a style that shows what you would see if you simply caught a glimpse of the subject matter. It is the artist’s impression of how the subject looked at a certain time of day, with a certain amount of light or during weather phenomena, and how the colors appeared to him or her because of it. Details are not important, although some Impressionistic work has more than others. What is important is the color, the brushstrokes, the mood, the light, etc.

Although some Impressionists showed some dimension, they reveled in the fact that their paintings were to be appreciated as just that: paintings. They didn’t try to make the painting look “real”. One way they often avoided doing that was by allowing the painting to look flat, instead of trying to use perspective to show depth and distance, as in Vincent van Gogh’s painting below: 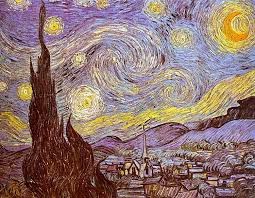 I mentioned brushstrokes in Impressionism. Until then, artists were encouraged to blend their strokes so that no edges showed. After all, real people and things don’t have brushstrokes on them, and the whole goal before Impressionism was to paint subjects as close to reality as possible. Now, however, that was pushed to the wayside. Not only were brushstrokes vividly shown, colors were bright and laid next to each other before drying, allowing the paints to do their own blending together. Layering was often done before paints were dry. They frequently used pure color, not mixing or blending, as the vibration of color mattered more than line and contour. Note the brushstrokes on this painting also (and the play of light on her dress): 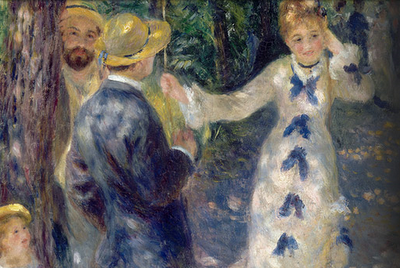 Certainly no one would confuse either of the above pieces with the actual view of the sky or of the actual people in the second painting. Yet, in many ways, both paintings evoke a more powerful emotional response than if they were painted like a photograph. One can feel the passion of the artist in them; can sense the love of color and texture those skilled hands knew. Impressionists also painted modern life with common subject matter, capturing the immediacy, movement, light. They also showed people in seemingly candid poses instead of formal and stiff like classical portraits. The goal was to show life in all its intensity and reality, not to show a person dressed up and standing or sitting unnaturally for all eternity.

They also often painted en plein air (outside). This again allowed them to capture light on canvas in its various stages. A single building could be painted several times and look completely different each time because of the time of day and the amount of light on it (or lack thereof).

Even though the camera had spurred them to painting something different, they did embrace one aspect of photography. Instead of commanding the viewer to focus only on the main subject, that immediacy and freshness gave many of their paintings the “feel” of a photograph in that subject and background both blended together. In a photograph the subject doesn’t show stronger than anything else and most times with impressionism the same is true. Again, color, light, and mood matter more than line and contour. Color, light and mood IS the subject.

Impressionism began in France and soon there were many artists who embraced the style. There had to be artists who started it, though. Next month I’ll introduce you to those who first dared to paint different. They are considered the original Impressionists. What excites me about these originals is that one of them was a woman. When you study the history of art during this time you will not find many female artists mentioned. It was very much a man’s world, but there were a couple—and one woman stands out as part of the original group who changed the world of painting.

We didn’t always take a backseat. The few who did step forward made waves.