Firstly, thank you for letting me do a guest post on your blog.

A question on one of my virtual tour interviews was to ask which character I liked better. I told the interviewer that that wasn’t a fair question because I wasn’t supposed to have favorites! Which is still true, even though, secretly, I have a thing for Jack. And that’s because, I think, I’ve not yet been able to write any scenes from his point of view. And also, as one reviewer pointed out, Oliver is not a very sympathetic character, so Jack is easier to like than Oliver.

I built Oliver that way on purpose, to be less than likeable for a couple of reasons. I think that often Oliver gets dismissed as being a two-dimensional milksop at best, and often is labeled as being a mere metaphor for good overcoming evil. Either of which chaps my hide, because I saw in all of the versions of Oliver (both the book and all the movie versions) a kid who overcame evil by the sheer effort of being bull-headed enough not to give into it. I mean, he puts up with two weeks of beatings and near-starvation after being ballsy enough to ask for more, then beats up a kid twice as big as he is (Noah) and then walked 70 miles to go to London, and then, is able to resist Fagin’s wiles to become a criminal.

I love this character, so much, that I had to make him a bit of a jerk to be believable. I wanted to give show those personality traits that would present him as a real human being, and not a metaphor for goodness. So, I looked at him from as many angles as I could. I turned his ability to beat up a bigger kid into a flash paper temper, which was lot of fun. Anyone might think that Oliver was this tame housecat, but if you cross him, he will mess you up. Mention his mother in anything but glowing terms? He will try and kill you. (The latter of which is actually canon.)

I determined that Oliver had a taste for the gin; Fagin gives him at least one tumbler of gin and sugar, and so, with that being one of the first bits of alcohol Oliver has ever tasted, well. He finds he likes it. And when he drinks, different things happen. If he’s in a dark mood, he could probably find a bar fight to get into. If he’s morose (which is very likely), he might want to sing sad songs. I think that Jack recognizes early on that Oliver is fairly malleable and relaxed when he drinks, at least when Jack is in the room. So I have Jack purposefully feeding Oliver more gin and water and sugar. In the next book, the sequel to Fagin’s Boy, I hope to develop this idea even further; I’m going to write one of these scenes from Jack’s point of view and show him doing it on purpose. Right now, Oliver doesn’t have a clue.

One part of Oliver that was very fun to work with was his fussy nature. He’s particular about having enough soap and hot water, which I take as a reaction to the memory of 9 or so years being coated in grime. He likes his food and loves to eat pretty much anything; a good cook will gain his affection forever. This is also based on his memory of 9 or so years of near-starvation. If you’ve ever gone hungry, food is the last thing you would take for granted. But it makes you difficult to be around, particularly if the food isn’t up to your standards. Ever go to a restaurant with a foodie, a restaurant that you particularly liked? You’re all stoked to have your food-conscious friend enjoy the things on the menu that you want to share. But the foodie, after the first bite, goes, hmmmmm. Wouldn’t you just want to scream at that point? Well, Oliver and his fussiness make me want to scream sometimes. I aim to make him have to eat eels in the next book, just to get back at him.

To me, my characters are real. When the interviewer asked me which character was my favorite, I had to stop myself from blurting out Jack, because I knew that Oliver would find out and it would break his heart. If I said Oliver and Jack found out, Jack would just laugh. He’s got enough self-confidence to be completely unaffected by what I think of him. Anyway, since I do care about both Oliver and Jack, but in different ways (I decided this, just now) I’ve determined that I want Oliver to come into himself. To step forward, not just as the romantic, dashing figure he’d like to see himself as, but as someone who is true to himself without tying himself in knots about it. Thing is, Jack already knows this about Oliver, and he’s patient enough to see Oliver through until he gets there.

Five years after Fagin was hanged in Newgate, Oliver Twist, at the age of seventeen, is a young man of good breeding and fine manners, living a quiet life in a corner of London. When Oliver loses his protector and guardian, he is able, with the help of Mr. Brownlow’s friends, to find employment in a well-respected haberdashery in Soho.

However, in the midst of these changes, Jack Dawkins, also known as the Artful Dodger arrives in London, freshly returned from being deported. Oliver’s own inability to let go of his past, as well as his renewed and intimate acquaintance with Jack, take him back to the life he thought he’d left behind. 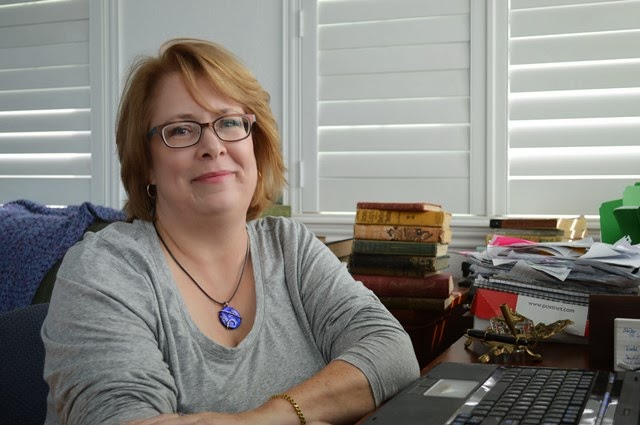 About the Author
Being a writer is not just what I do, it’s who I am. Even if everything else in the day turns sour, if I have written, then it’s still a pretty good day.

I decided I wanted to be a writer when my fourth grade teacher (Mrs. Harr) gave me a good grade on a creative writing story I’d written. And not only that, she added “I like your ending,” along with a smiley face. At that point, I was off and running. I’ve been writing and making up stories ever since.

I live in Colorado. I’ve tried to live elsewhere, but it’s always too far from my family, so I returned for good some time ago. Colorado is a brilliant location to live in as it’s not very far from either coast, and the local international airport is only an hour away.

Right beside my writing desk, I have a green arm chair and ottoman that I call The Vortex. There are two reasons I call it that. The first is that it’s always trying to suck me in and sit down and do nothing but think and read and stare at the sunlight and shadows as they dapple the walls and ceiling. The second is that once I sit down in the thing, it’s almost impossible to get up, as The Vortex keeps sucking me in.