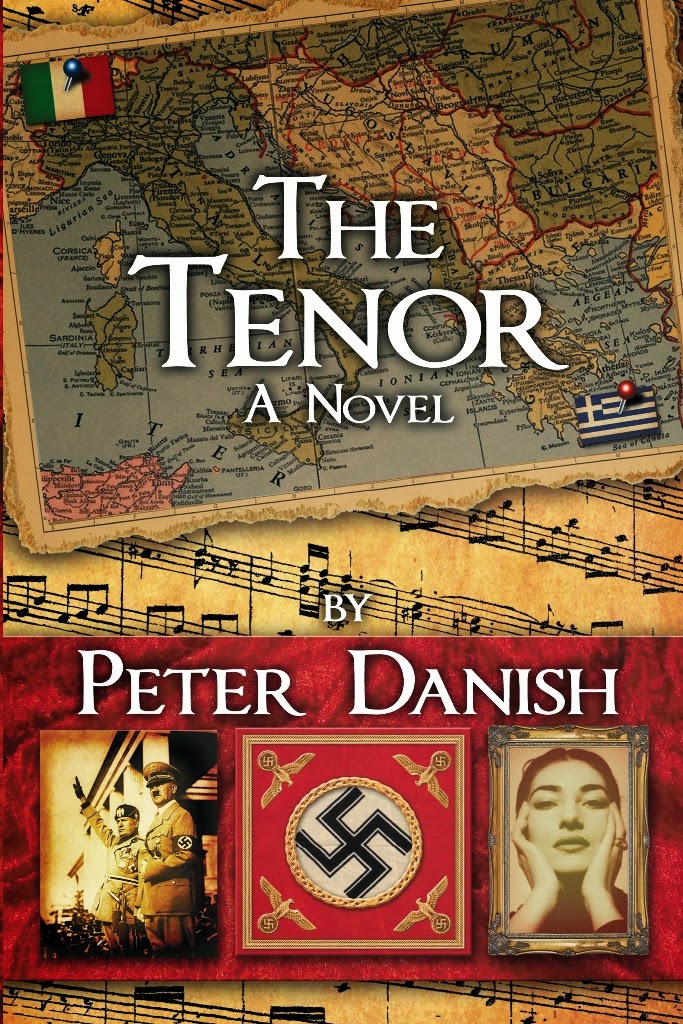 The Tenor is a sweeping tale of historical fiction in the style of Ann Patchett’s “Bel Canto” and De Burniere’s “Captain Corelli’s Mandolin.” It swiftly moves from Pino Vaggi’s youth in pre-war Italy, to his coming of age as a soldier in war-torn Greece, before ending in a shattering surprise finale at Maria Callas’ historic final performance ever on the stage of New York’s Metropolitan Opera House in 1965. It is based loosely on the stories and anecdotes that I learned from several of Maria Callas’ personal friends and from nearly a dozen trips to Italy and Greece to research the subject.

Pino Vaggi is not like the other children in Italy in 1930. While they play soccer, he listens to opera. By age ten, he is already a child prodigy, an opera singing sensation on the fast track to a major international career. On the eve of his debut, WWII breaks out. The theater is closed. The season is cancelled. Pino is drafted. He is stationed in war-torn Athens, where he hears and ultimately falls in love with another child prodigy, the young Maria Callas. There is one major problem: she is the enemy. However, as famine devastates Athens, (a famine created by the diversion of humanitarian aid meant for the Greeks to the Russian front to feed the German Army) the artist in Pino can’t fathom the thought of the greatest singer the world will ever know perishing, especially if he is in a position to prevent it. With a firing squad in the balance, he repeatedly risks his own life to protect and feed the young girl and her family. In the process, his love for her deepens, until something tragic happens – something with devastating consequences that blows the young lovers apart.


Praise for The Tenor
“Mr. Danish’s clever use of the history of one of the greatest voices ever to sing, Maria Callas, and a little known part of that history, her early life during turbulent times in the world, gives this a truly romantic and involving idea…. I loved it and any opera lover would too. Easy, readable and knowledgeable about life, music and all the stuff that happens in between….!” – Aprile Millo, Metropolitan Opera Star

“Mr. Danish’s exceeding knowledge of and passion for the medium of opera suffuses every line of this cinderella narrative, one that provides a thrill ride for both the novice and the seasoned opera fan. The Tenor is impossible to put down….” – Samuel Juliano, Wonders in the Dark

“As an operatic diva that has sung over 100 performances with the Metropolitan Opera, I can say without hesitation, that “The Tenor” is a riveting and accurate tale of life imitating art! Peter Danish’s story telling ability is lyrical and powerful as he explores the life of an opera singer through passion, longing, romance and war! The accuracy of his descriptions about a singer’s journey, his musical and operatic references and his colorful characters, including the incomparable Maria Callas, make this a must read!” – Victoria Livengood, Metropolitan Opera Mezzo Soprano

“Whether Peter Danish is writing about music, history or travel in his vastly entertaining novel, “The Tenor,” his words fly off the page. The whirlwind of images invites the reader into a world that will be familiar to some, foreign to others—but captivating to all. Read it!” – Richard Sasanow, Editor-in-Chief BWW Opera

“The easy flowing prose of Mr. Danish’s historically engaging novel is expertly paced and eloquently depicted. As an opera singer who has sung hundreds of performances around the world I think this book will be a compelling read for music lovers and an exhilarating story for all readers. Bravo, Mr. Danish!” – Korliss Uecker, Metropolitan Opera Soprano

“Each page of Tenor is as rich as a box of Italian chocolates. By page 8 I already found 7 lines I wanted to steal. Dive in and trust author Peter Danish to sweep you up and lead you through a remarkable adventure! I couldn’t put it down.” – Tom Dudzick, playwright, Over the Tavern, Miracle on South Division Street

“Facts and fiction playfully intertwine in this opera lover’s delight!” – Alberto Ferreras, award-winning author, ‘B as in Beautiful’

“The Tenor was not what I was expecting. Yes, it’s about opera. Yes, it’s an homage to art and artists. Yes, it’s about dreaming of fulfilling one’s destiny. But, it’s about all those things without being fussy or precious. It’s decidedly unfussy–because it’s about people who work really hard….Peter Danish creates characters you root for. He has woven a tale that keeps you wanting to find out what happens next! I think they call those page-turners!” – John Cariani, Tony Award Nominee, playwright, ‘Almost Maine’

“With his far-reaching opera expertise and keen insight into the Italian soul, Peter Danish draws us into his captivating story of the joys and heartaches of the performer’s life. The result is a satisfying read for book lovers and opera lovers alike. Bravo, Il Tenore!” – Erica Miner, Award-winning Author, ‘Murder in the Pit’ 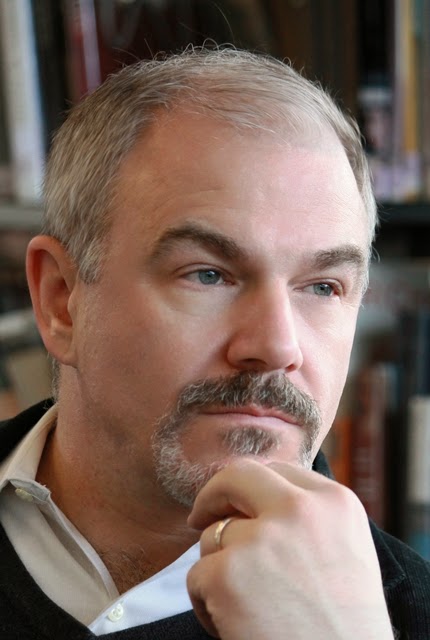 About the Author
Peter Danish is the Classical Music Editor in Chief for BWWClassical.com, the classic music site for BroadwayWorld.com, covering and reviewing the classical music performance in and around New York City and the greater New York Area. A proud member of the Dramatists Guild of America, he is the playwright of the play: “Gods, Guns and Greed,” as well as the new musical: “The Flying Dutchman.” His writing has appeared in The New York Times Magazine, Ad Age, Ad Week and Media Week Magazines.

Visit the other tours for more guest posts, reviews and giveaways - HFVBT TOUR SCHEDULE
Follow the tour on Twitter - #TheTenorVirtualTour

Follow the instructions on the Rafflecopter form below to enter for a chance to win an eBook copy of The Tenor by Peter Danish...open internationally!