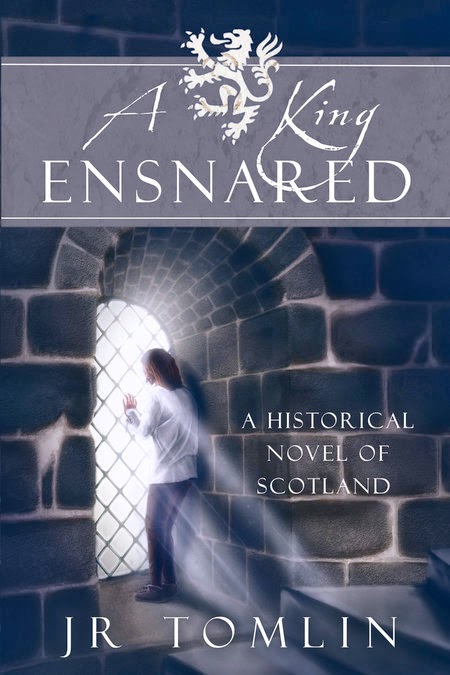 Someone once asked me what I would write if I wrote the book of my heart.

I said that I had already written it. At the time, I was talking about Freedom's Sword but all of my historical novels in one way or another been books of my heart. It had to do with growing up steeped in the history and fiction of Scotland.

As a wean, a child if you're not a Scot, I lived with my grandparents in Edinburgh for some years, and my amazing granny read me the early works of Scottish literature. John Barbour's 14th The Bruce, and Blind Harry's later Wallace made up my bedtime stories. She didn't approve of Robert Louis Stevenson whom I'm afraid she didn't approve of. Later I moved to other authors, but that early clarion call to a struggle against conquest never left me.

What I came away with was an admiration for the people of a small nation who stood up their own
freedom against the invasions and bullying of a large and powerful neighbor. It is a classic David and
Goliath story except that you can't count on David winning. He often didn't.

Which brings me to a question that I have been asked, how do you know it was freedom they fought for. Weren't they just fighting for power against others who wanted power? Did people in the middle ages
even care about freedom?

People often underestimate those of the middle ages who had the same desires as people in any age, so
I tend to let them speak for themselves. In about 1370, John Barbour penned this:

Freedom all solace to man gives:
He lives at ease that freely lives!
A noble heart may have none ease,
Nor ellys nought that may him please,
If freedom fail.

How could one not want to write about such people and such a struggle?


On the dangerous stage of medieval Scotland, one man–in an English dungeon–stands between the Scots and anarchy.
Robert III, King of the Scots, is dead, and Scotland in 1406 is balanced on a knife’s edge. As he eyes the throne, King Robert’s ruthless half-brother, the Duke of Albany, has already murdered one prince and readies to kill young James Stewart, prince and heir to the crown.

James flees Scotland and his murderous uncle. Captured and imprisoned by the English, he grows to be a man of contradictions, a poet yet a knight, a dreamer yet fiercely driven. Hardened by his years in the Tower of London and haunted by his brother’s brutal murder, James is determined to find some way to recover his crown and end his uncle’s misrule. But the only way may be to betray Scotland and everything he believes in.

About the Author
J. R. Tomlin is the author of five historical novels: A King Ensnared, Freedom’s Sword, A Kingdom’s Cost, Countenance of War, and Not for Glory. She has also co-authored several fantasies with C. R. Daems: Blood Duty, Talon of the Unnamed Goddess, The Shadow Ryana, The Shadow Gypsy, and Women of Power.

She has close ties with Scotland since her father was a native Scot, and she spent substantial time in Edinburgh whilst growing up. Her historical novels are set in Scotland. You can trace her love of that nation to the stories of the Bruce and the Good Sir James her grandmother read her when she was small and to her hillwalking through the Cairngorms where the granite hills have a gorgeous red glow under the setting sun. Later, her writing was influenced by the work of authors such as Alexander Dumas, Victor Hugo and of G.R.R. Tolkien.

Visit the other tours for more guest posts, reviews and giveaways - HFVBT TOUR SCHEDULE
Follow the tour on Twitter - #KingEnsnaredTour

Follow the instructions on the Rafflecopter form below to enter for a chance to win a paperback copy of A King Ensnared by J.R. Tomlin...open to US/Canada only!