Carmela Cattuti's Between the Cracks - Guest Post and {Giveaway} 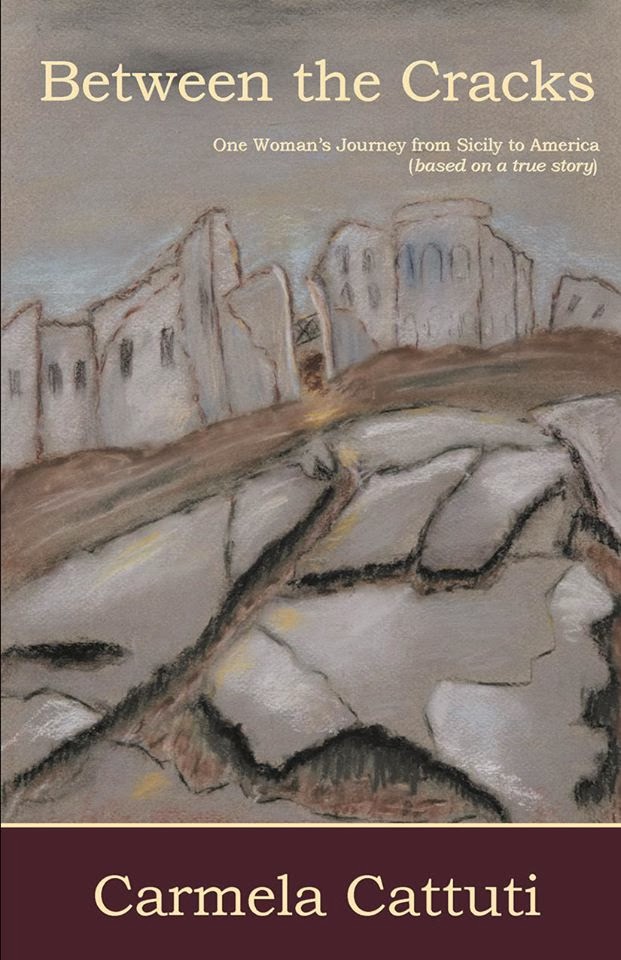 BETWEEN THE CRACKS
Life in the New World
by Carmela Cattuti

Many Italians immigrated to the U.S. in the early 20th century with little but the shirts on their back. They came without a marketable skill. Many were rural agricultural workers who had to perform manual labor in American urban centers. Most intended to return to Italy once they had accumulated enough money, but in many cases that never happened. The typical immigrant worker lived hand to mouth. Autonomy was extremely important to the immigrant population, but few achieved it.

Angela, the main character in BETWEEN THE CRACKS, has a unique talent in her sewing and design, as does her husband Frank. He has the ability to restore and build furniture, houses, and was an adept plumber. These abilities combined with a fiercely independent spirit was a formula for success in the new world. Angela and Frank saw an opportunity to express who they were and share this expression at a time when America enjoyed a new prosperity.

Angela received an education she never would have gotten had the eruption of Mt Etna in 1908 Sicily never happened. When her entire family perished in the earthquake, Angela was sent to a convent. The convent provided an oasis from the tumultuous life of the every day Sicilian woman. The astute and business-wise Mother Superior quickly saw Angela's talents and their potential for increasing the convent's revenue. She nurtured Angela's creative ability for sewing and design then capitalized on it. This is a key element to her story; many of the influences in her early life operated from extreme necessity.

Acts of God, war, poverty and coping with a volatile political situation all required women to use whatever means possible to survive and prosper. Her story deviates from the typical immigrant woman in that she acquired the skills necessary to succeed in the new world. She was strongly cultural and enjoyed sharing her spirituality and talents with family, the Italian community and dressmaker clients. She believed in family but was not blinded by it. Angela reached beyond the confines of her community and designed dresses for well-to-do women who would not have connected with a Sicilian immigrant. Whenever appropriate, she would beguile these women with stories about her country and her world. She was European and appeared exotic to the Americans she encountered. Word spread about her talents as a dressmaker, but clients came to her for more than a one-of-a kind garment: they came to be transported.

Even through tremendous adversity and loss, she thrived and continued to integrate her special brand of spirituality with every day existence. A rich and diverse inner-life was just as seminal in Angela's success in the new world as was her talents. At a time of great religious conservatism she held her inner-landscape close and followed her own path.


Join Angela Lanza as she experiences the tumultuous world of early 20th century Sicily and New York. Orphaned by the earthquake and powerful eruption of Mr. Etna in 1908, Angela is raised in the strict confines of an Italian convent. Through various twists of fate, she is married to a young Italian man whom she barely knows, then together with her spouse, immigrates to the U.S. This novel is an invitation to accompany the young Angela as she confronts the ephemeral nature of life on this planet and navigates the wide cultural gaps between pre-World War II Italy and the booming prosperity of dynamic young America. Join Angela Lanza as she traverses the tumultuous landscape of Sicily and New York. 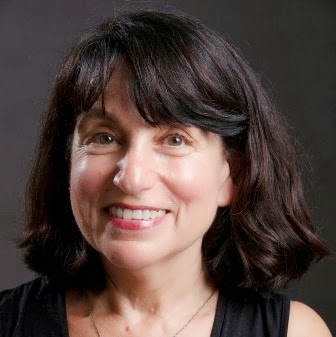 Carmela Cattuti started her writing career as a journalist for the Somerville News in Boston, MA. After she finished her graduate work in English Literature from Boston College she began to write creatively and taught a journal writing course at the Cambridge Center for Adult Education As fate would have it, she felt compelled to write her great aunt’s story. “Between the Cracks” has gone through several incarnations and will now become a trilogy. This is the first installment. To connect with Carmela email her cattutic@gmail.com or leave a comment at betweenthecracksnovel.blogspot.com.
For more information please visit Carmela's website. You can also connect with her on Facebook, Twitter, and Pinterest. Visit the Between the Cracks Facebook page.

Follow the instructions on the Rafflecopter form below to enter for a chance to win a paperback copy of Between the Cracks by Carmela Cattuti--open internationally!