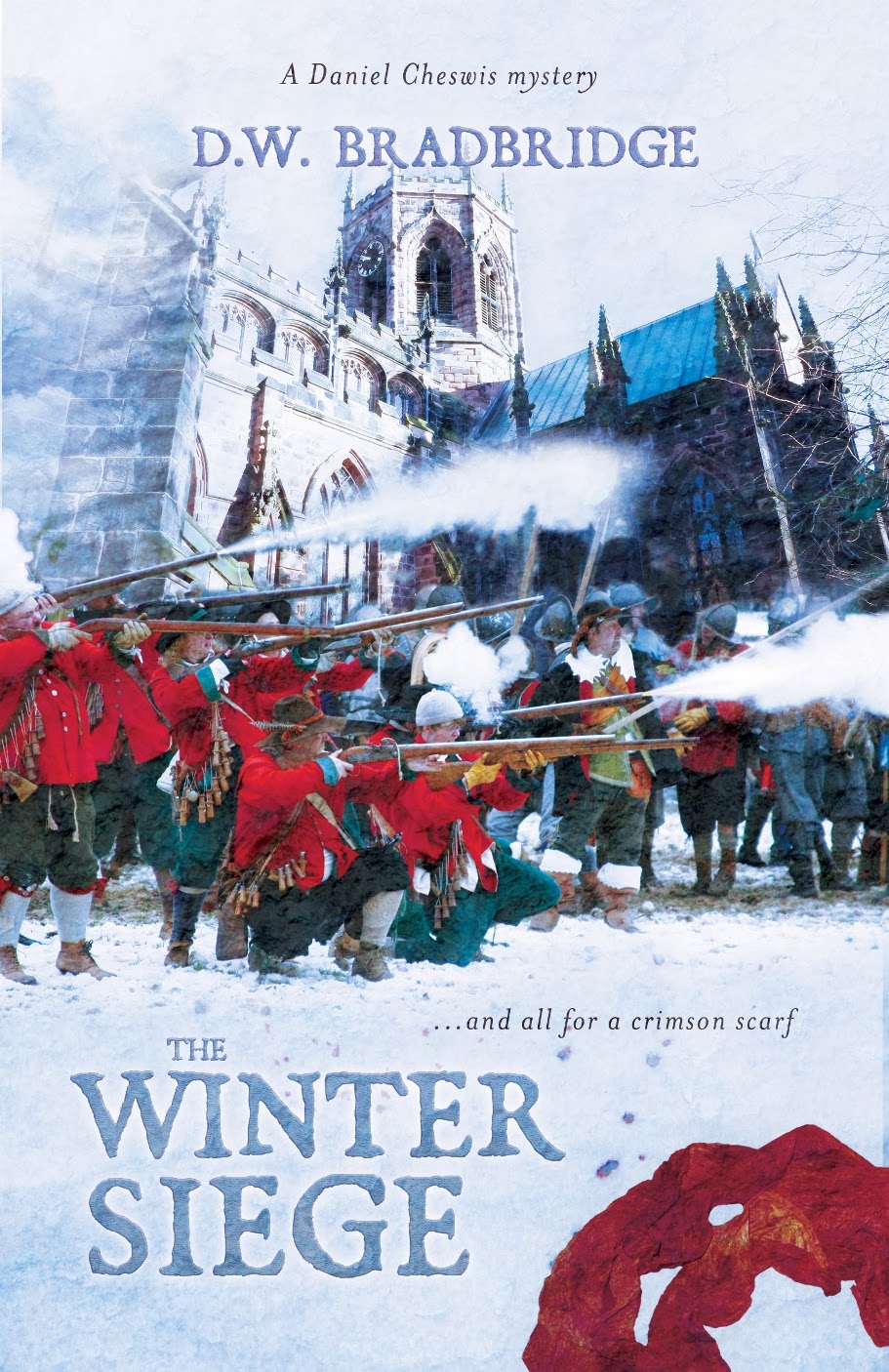 I first began to study Nantwich’s rich Civil War history a few years ago when I realised, through an interest in genealogy, that half my ancestors came from the town. It did not take me long to realise that the story surrounding the Siege of Nantwich was a tale worth telling. But I didn’t just want to write a local history book.

My aim was to take the Battle of Nantwich and use it as the accurate and detailed framework for a fictional murder mystery novel. The idea was to create a “what-if” scenario that challenged the reader to identify which parts of the story really happened and which were the figments of my imagination. The irony, of course, is that all history is recorded by eye-witnesses, who themselves may have been biased or had political agendas of their own.

This got me thinking about how I should portray the real historical figures within my novel. Should the author adhere to the recognised character image of well known historical figures or should he allow himself free reign to develop characters as he sees fit, especially when set against a background that is detailed and historically accurate? How far should the author go in portraying more obscure historical figures or common folk whose names also happen to be recorded in historical documents, and what impact does this have on the perceived authenticity of a work of fiction? These are some of the issues I wanted to explore when writing The Winter Siege.

In casting The Winter Siege I wanted to avoid falling into the trap of making my main protagonist one of the main historical figures involved in the battle. I wanted the reader to feel an empathy with the real common folk who were trapped in Nantwich during the siege, so I cast Daniel Cheswis as a middling sort of tradesman who gets caught up in the upheaval of the siege. I also wanted to make the best use of the environment created by the siege, which it seemed to me, provided me with the ideal kind of closed environment for a murder mystery in the best traditions of the genre. I therefore decided to write most of the book in the first person, but split up the text with third person narratives about what was going on outside the town at the time, with the aim of tying everything together at the end.

So what about the historical characters? The main historical figures involved in the Battle of Nantwich were Sir Thomas Fairfax, Sir William Brereton, John Lord Byron and Colonel George Booth. However, my main aim was to create a sense of history as Cheswis would have seen in, so, with the exception of Booth, who was the garrison commander and therefore in the same boat as Cheswis, I decided to use the prominent people involved in the battle as historical markers and relatively peripheral figures to the main story, who nonetheless had some small connection to the fictional storyline and therefore had some relevance to Daniel. I also did this with a number of less prominent military personnel such as Lothian, Sandford and Connaught, the last two’s exploits in particular being relatively well documented locally because of their respective roles in the daring capture of Beeston Castle and the bloodthirsty massacre at Barthomley, both real events which I decided needed to be weaved into the murder plot in some way.

To add authenticity to the murder storyline itself, I decided to include a number of prominent local people such as Thomas Maisterson, Randle Church, Lady Norton and the two Roger Wilbrahams and still closer to the action, I decided to use the names of some other real people as key characters within the plot – so the Davenport family really did exist as did a heroine called Brett, whilst the town bellman in 1643 really was called Alexander Clowes.

So there are your characters, but what of the action? How many of the events portrayed in The Winter Siege really happened and which storylines and sub plots are invented by me? That, I’m afraid, is the point of history. It’s for you, the reader, to decide.

1643. The armies of King Charles I and Parliament clash in the streets and fields of England, threatening to tear the country apart, as winter closes in around the parliamentary stronghold of Nantwich. The royalists have pillaged the town before, and now, they are returning. But even with weeks to prepare before the Civil War is once more at its gates, that doesn’t mean the people of Nantwich are safe.

While the garrison of soldiers commanded by Colonel George Booth stand guard, the town’s residents wait, eyeing the outside world with unease, unaware that they face a deadly threat from within. Townspeople are being murdered – the red sashes of the royalists left on the bodies marking them as traitors to the parliamentary cause.

When the first dead man is found, his skull caved in with a rock, fingers start being pointed, and old hatreds rise to the surface. It falls to Constable Daniel Cheswis to contain the bloodshed, deputising his friend, Alexander Clowes, to help him in his investigations, carried out with the eyes of both armies on his back. And they are not the only ones watching him.

He is surrounded by enemies, and between preparing for the imminent battle, watching over his family, being reunited with his long-lost sweetheart, and trying, somehow, to stay in business, he barely has time to solve a murder.

With few clues and the constant distraction of war, can Cheswis protect the people of Nantwich? And which among them need protecting? Whether they are old friends or troubled family, in these treacherous times, everyone’s a traitor, in war, law, or love.

When the Winter Siege is through, who will be among the bodies?

About the Author
D.W. Bradbridge was born in 1960 and grew up in Bolton. He has lived in Crewe, Cheshire since 2000, where he and his wife run a small magazine publishing business for the automotive industry.

“The inspiration for The Winter Siege came from a long-standing interest in genealogy and local history. My research led me to the realisation that the experience endured by the people of Nantwich during December and January 1643-44 was a story worth telling. I also realised that the closed, tension-filled environment of the month-long siege provided the ideal setting for a crime novel.

“History is a fascinating tool for the novelist. It consists only of what is remembered and written down, and contemporary accounts are often written by those who have their own stories to tell. But what about those stories which were forgotten and became lost in the mists of time?

“In writing The Winter Siege, my aim was to take the framework of real history and fill in the gaps with a story of what could, or might have happened. Is it history or fiction? It’s for the reader to decide.”