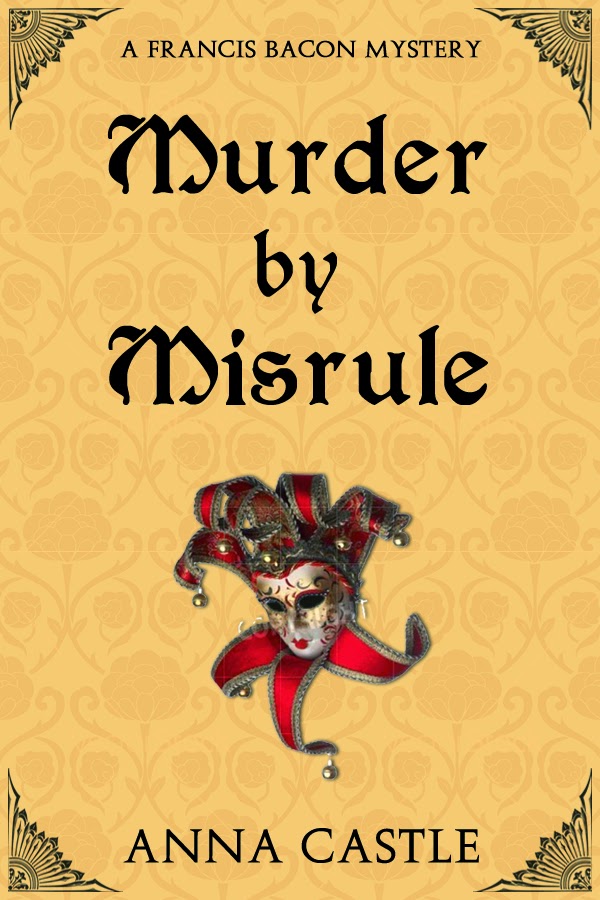 We have many reasons for reading historical fiction, like the joy of time-travel and the deepening sense of what it means to be a human being on this little Earth. But working in the past has a few special benefits for a writer.

1. It stays put
Sure, our understanding of historical times and events change. Adding my perspective to the mix is a part of the fun. But the facts are fairly stable. If melon hose were popular in 1586, I can dress my lads once and have done with it. I don't have to keep updating technology, fashion, slang, and cultural references while I slog up the long road to publication. I started writing Murder by Misrule in 2010. What with one thing and another, it's coming out in 2014. If this were a contemporary novel, I'd have to go back and tweak all manner of details. Misrule won't be dated in ten years either.

2. It was quieter
The past was literally quieter, in most places. When Francis Bacon sat writing at his desk at Gray's Inn, he would hear a bustle in the yard below his window during busy times of day, like before and after dinner. But much of the time he would hear little more than bird song and the scratching of his quill. The Elizabethan period was figuratively quieter, too, in the sense that there was only one theater of power -- the Court -- and only about 100 men active there at any given time. Other things were going on, of course, and my stories tend to be more Court-adjacent, but there fewer people on the stage, so everyone knew everyone who was anyone. That makes it easy for me to bring in other well-known personages that catch my eye, like Lady Penelope Rich and the Earl of Essex.

3. We know how it ends
Choose a character with a life like Francis Bacon's and you will never want for plot ideas. His father was the second most powerful man in the kingdom; then he died when Francis was 18, not yet settled on a path in life. Lord Burghley and Queen Elizabeth kept him at arm's length for the next twenty years, not wanting him to compete with Burghley's son, Robert Cecil, but not wanting to waste his talents, either. Francis adored Elizabeth, but things didn't pick up for him until after she died. James I elevated him to the peerage and made him Lord Chancellor, his lifelong dream. Then jealous rivals trumped up bribery charges and drummed him out of office. Disaster! That would be the end of most stories, but Francis was made of different stuff. He retired to his chambers at Gray's Inn and wrote the works that made him immortal. History has named him the Father of Science. His Essays have never been out of print. How's that for a happy ending?

His eternal reputation is so great, it's all the more intriguing to walk in his shoes when he was still struggling to find his place. He was shy, prone to stammer under stress, uncertain of his reception, but always Francis Bacon: brilliant (and knowing that everyone knew it), with an unshakeable moral compass and an unquenchable curiosity. What more could a mystery writer want for her sleuth?


A Kirkus Indie Books of the Month Selection for July.

Francis Bacon is charged with investigating the murder of a fellow barrister at Gray’s Inn. He recruits his unwanted protégé Thomas Clarady to do the tiresome legwork. The son of a privateer, Clarady will do anything to climb the Elizabethan social ladder. Bacon’s powerful uncle Lord Burghley suspects Catholic conspirators of the crime, but other motives quickly emerge. Rival barristers contend for the murdered man’s legal honors and wealthy clients. Highly-placed courtiers are implicated as the investigation reaches from Whitehall to the London streets. Bacon does the thinking; Clarady does the fencing. Everyone has something up his pinked and padded sleeve. Even the brilliant Francis Bacon is at a loss — and in danger — until he sees through the disguises of the season of Misrule.

This series of historical mysteries features the philosopher-statesman Francis Bacon as a sleuth and spymaster. Since Francis prefers the comfort of his own chambers, like his spiritual descendent Nero Wolfe, he sends his pupil, the handsome young Thomas Clarady, out to gather information. Tom loves the work, not least because he meets so many interesting people, like Lord Burghley, Sir Walter Raleigh, and Christopher Marlowe. Murder by Misrule is the first book in the series.

Praise for Murder by Misrule

“Though the plot keeps the pages turning, the characters, major and minor, and the well-wrought historical details will make readers want to linger in the 16th century. A laugh-out-loud mystery that will delight fans of the genre.” – Kirkus Starred Review

“Murder by Misrule is a delightful debut with characters that leap off the page, especially the brilliant if unwilling detective Francis Bacon and his street smart man Tom Clarady. Elizabeth Tudor rules, but Anna Castle triumphs.” – Karen Harper, author of Mistress Shakespeare

“Well-researched… Murder by Misrule is also enormously entertaining; a mystery shot through with a series of misadventures, misunderstandings,
and mendacity worthy of a Shakespearean comedy.” – M. Louisa Locke, author of Bloody Lessons 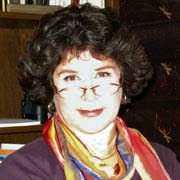 About the author
Anna Castle has been a waitress, software engineer, documentary linguist, college professor, and digital archivist. Historical fiction combines her lifelong love of stories and learning. She physically resides in Austin, Texas, and mentally counts herself a queen of infinite space.

Visit other blogs on the tour--Tour Schedule


Leave a comment below for a chance to win an eBook copy of Murder by Misrule. Please be sure to include a way to contact you if you win. Good luck!
Posted by Michelle Stockard Miller at Wednesday, June 04, 2014