Catherine Aerie's The Dance of the Spirits 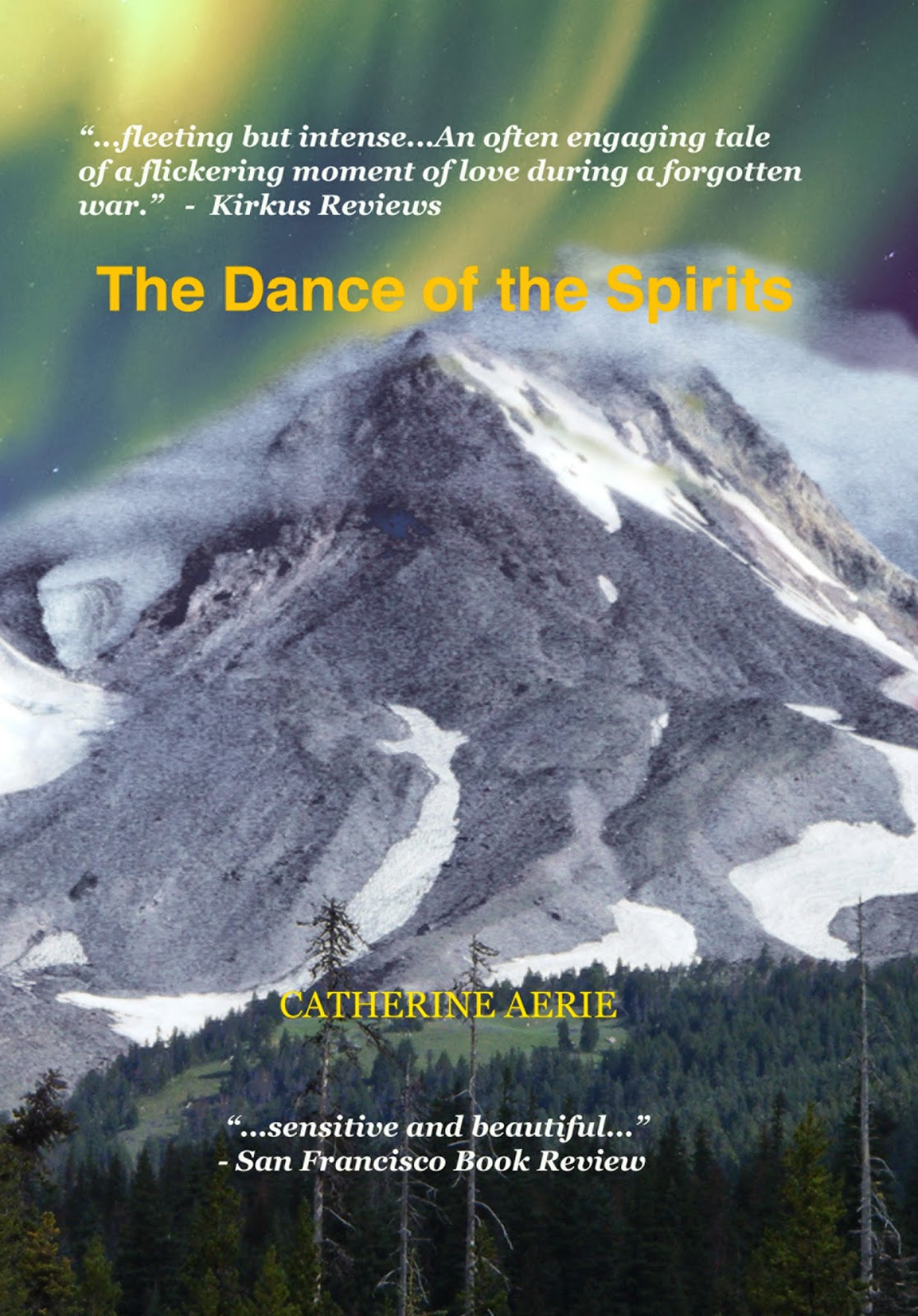 "The story begins in the spring of 1951 at the height of the Korean War. Caught in the thick of the fray is US Army lieutenant Wesley Palm and his men, whom are forced into a retreat after acting as a rearguard for their breaking unit. Despite a fierce defense of their positions, the US troops are eventually forced to give the field to the Chinese. During the chaos, Wesley finds himself lost in a forest. He discovers the dwelling of a local Korean peasant, where he encounters a female Chinese soldier-surgeon, who, unbeknownst to him, is Jasmine Young. He nearly kills her, but refrains from doing so out of the presence of a Red Cross armband on her. After the two part ways; Wesley eventually enters a deserted Buddhist temple and manages to identify directions from his previous knowledge on Asian architecture. He led his men flee southwards. However, Jasmine is also revealed to have sought shelter in the same temple. At daybreak, she is found by her own respective army, and assigned to be in temporary charge of a makeshift field hospital. However, massive casualties, wretched conditions, and dire shortages of supplies and bare necessities make it more of a futile morgue. Jasmine is sent to a new field hospital where she saves the life of a young avid officer, Tin-Bo Song, who was also once her family’s favorite servant boy in the past.

Before the war, Jasmine had been the pampered daughter of a wealthy, but also complicated family. Her life is punctuated by experiences of wealth and plenty on the one hand, and family misery on the other. Throughout Jasmine’s young years, her mother continually encourages her to become a doctor so that she will be self-sufficient and not have to depend upon an unfaithful man, as has Jasmine’s mother. Into the mix of family life is added Tin-Bo, a street waif whose ability to learn quickly makes him a favorite amongst the servants, of Jasmine’s mother. When communism comes to China, Jasmine, to save her family’s honor, goes to the war in Korea. While there, she meets an American, Wesley. Through the death and misery of a war-torn land, Jasmine and Wesley find love, while Tin-Bo concludes that Jasmine is to be his or she is to belong to no one else."

Available on Amazon
Also on Goodreads and Barnes and Noble

About the author
Catherine Aerie graduated from the University of California, Irvine with a master degree in finance, and was inspired to write The Dance of the Spirits while researching a family member’s role in the Korean War. The Dance of the Spirits is her debut novel, a fruit after about two years of research. She currently reside in southern California.
Posted by Michelle Stockard Miller at Friday, June 20, 2014