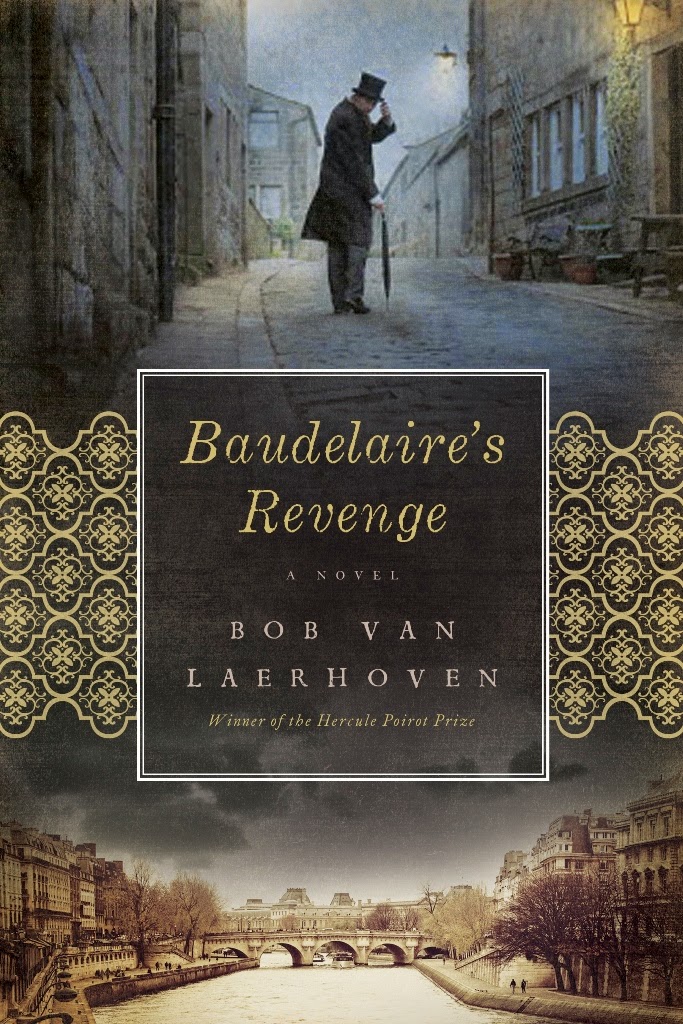 FALLING IN LOVE WITH BAUDELAIRE

These were the kinds of things said to me when I was growing up as a lonely and vaguely melancholy 17-year old in a small Flemish village surrounded by pinewoods on the border between Belgium and The Netherlands. Later in life, I’d learn the hard way that borders—wooded or not—are often rough and dangerous places. But for then, all is peaceful and entirely too predictable, and I was searching for something that would appease a formless longing within me. My parents, poor and hardworking people, were hoping I’d become a postman: regular job, steady income, and healthy, too, with biking many miles each day across the flatlands of De Kempen—a rural area inhabited by small farmers and workers in Antwerp’s harbor—to distribute letters written by the gnarled hands of simple people.

I was a dreamer and I loved to read, but my parents were reticent to leave me to my books.
No good can come from this laziness, they said. He needs to build some character. He’s skinny, let him do some real men's work.

So I did a real man’s job in the harbor, steeling my muscles in the holds of ships filled with Rhine sand. But my dreamy, sad nature didn’t evaporate there. I continued my reading after dark, in bed, with a flashlight.

When I could, I’d escape to the village’s small but well-kept library where I found, by accident (or was it Fate?), a translation in archaic Dutch of Les Fleurs du Mal by Charles Baudelaire, whom the French like to call “a cursed poet.” How my heart thrilled when I read the Flowers of Evil of this poète maudit! Here was a kindred soul speaking to me in delicate words and sublime rhythm. Baudelaire evoked the unbearable weight of living in a neurasthenic, hypersensitive language, so rich and contrasting, so vile, yet so exquisitely beautiful. I vowed to read the original, believing that French was a more melodic language than my own Dutch dialect. The librarian, a retired schoolmaster with the reddest hair you ever saw, noticed the aesthetic hunger burning in my awkward self and promised me a copy of Les Fleurs du Mal. With this slim volume and a French-Dutch dictionary, I spent many nights. The lines I read brushed against my heart like the fluttering of innumerable insect wings.

Sans cesse à mes cotés s’agite le Démon.... There it was : a demon, lurking, agitated in the depth of my being—an eternal and culpable desire. It was as if Charles Baudelaire had read my mind: I was guilty of dreaming the impossible: to become an author.

The yearning remained, whispering in the night. And so I became a writer the only way I knew how: for thirteen years, I lived the life of a travelling writer in war-torn countries, in Somalia, Bosnia, Gaza, Iraq, Iran, Lebanon, Kosovo, Liberia, Mozambique, Burma, Burundi and other places ravaged by violence. There, I wrote the stories of the people I came into contact with, trying to analyze what drives mankind’s perpetual violence.

All that time, while witnessing reality, I longed for the imaginative, which literature has always used as a reflection on reality. And so I finally sat down to fulfill a promise the 17-year old with his flashlight underneath the blankets had made: I will write about this doomed poet Baudelaire so that people will know what it’s like to seek such feverish beauty in the depths of decadence.

I learned later that all things happen for a reason, that I had to witness the suffering and violence of war in order to be able to write Baudelaire’s Revenge. I needed to have those experiences to understand how to write about the harsh parable of passion and deceit Baudelaire wrote – to find the seeds of the Flowers of Evil.

They said it couldn’t be done. They wrote in the newspapers: “How can a Flemish guy with no degree whatsoever write convincingly and poetically about one of France’s greatest icons of literature?”

Two years later, Baudelaire’s Revenge was published with great success in the Netherlands and Belgium, and subsequently in a French translation with overwhelming acclaim in France and the French speaking parts of Canada. Now, with also a Russian and Italian translation in the making, I remember days when I said to myself: “This is way above my head, it can’t be done.” For months on end I lived with my brain drenched in the essence of the turbulent 19th century and wrote drafts, new drafts and then again... What kept me going, was the memory of a 17-year old, lonesome boy wandering through the woods that surround his village, holding Les Fleurs du Mal in his hands, reciting verses out loud while the trees absorbed every syllable...

That memory whispered to me: “It can always be done.”

As the social and political turbulence of the Franco-Prussian War roils the city, workers starve to death while aristocrats seek refuge in orgies and seances. The Parisians are trapped like rats in their beautiful city but a series of gruesome murders captures their fascination and distracts them from the realities of war. The killer leaves lines from the recently deceased Charles Baudelaire’s controversial anthology Les Fleurs du Mal on each corpse, written in the poet’s exact handwriting. Commissioner Lefevre, a lover of poetry and a veteran of the Algerian war, is on the case, and his investigation is a thrilling, intoxicating journey into the sinister side of human nature, bringing to mind the brooding and tense atmosphere of Patrick Susskind’s Perfume. Did Baudelaire rise from the grave? Did he truly die in the first place? The plot dramatically appears to extend as far as the court of the Emperor Napoleon III.

A vivid, intelligent, and intense historical crime novel that offers up some shocking revelations about sexual mores in 19th century France, this superb mystery illuminates the shadow life of one of the greatest names in poetry.

“Van Laerhoven packs much complexity into 256 pages, giving this historical mystery the heft of a far longer work ( …) The book’s main preoccupation is the conclusive demonstration that everyone is guilty of something—the only mystery is, to what degree? The flowers of evil, sketched in lurid botanical detail…” (Kirkus Reviews)

“Published for the first time in English, this roman policier isn’t so much a straight detective story (although there are two detectives in it) as an evocation of a mind-set that now seems extravagant: the 19th-century poet’s fascination with sex and death. It’s no wonder this title won the Hercule Poirot Prize: the author is Belgian, as is the prize, and the twisted plot is as complicated as Agatha Christie’s most convoluted mystery. Mystery aficionados will love this pastiche of Wilkie Collins and Edgar Allan Poe.” (Library Journal)

About the author
Bob Van Laerhoven became a full-time author in 1991 and has written more than thirty books in Holland and Belgium. The context of his stories isn’t invented behind his desk, rather it is rooted in personal experience. As a freelance travel writer, for example, he explored conflicts and trouble-spots across the globe from the early 1990s to 2005. Echoes of his experiences on the road also trickle through in his novels. Somalia, Liberia, Sudan, Gaza, Iran, Iraq, Myanmar… to name but a few.


During the Bosnian war, Van Laerhoven spent part of 1992 in the besieged city of Sarajevo. Three years later he was working for MSF – Doctors without frontiers – in the Bosnian city of Tuzla during the NATO bombings. At that moment the refugees arrived from the Muslim enclave of Srebrenica. Van Laerhoven was the first writer from the Low Countries to be given the chance to speak to the refugees. His conversations resulted in a travel book: Srebrenica. Getuigen van massamoord – Srebrenica. Testimony to a Mass Murder. The book denounces the rape and torture of the Muslim population of this Bosnian-Serbian enclave and is based on first-hand testimonies. He also concludes that mass murders took place, an idea that was questioned at the time but later proven accurate.

All these experiences contribute to Bob Van Laerhoven’s rich and commendable oeuvre, an oeuvre that typifies him as the versatile author of novels, travel stories, books for young adults, theatre pieces, biographies, poetry, non-fiction, letters, columns, articles… He is also a prize-winning author: in 2007 he won the Hercule Poirot Prize for best thriller of the year with his novel De Wraak van Baudelaire – Baudelaire’s Revenge.

For more information please visit Bob Van Laerhoven’s website. You can also connect with him onFacebook and Twitter.

Visit other blogs on the tour--Tour Schedule
Twitter Hashtag: #BaudelairesRevengeBlogTour

Follow the instructions on the Rafflecopter form below to enter for a chance to win one of two copies of Baudelaire's Revenge! (Open to US/Canada only)