At the heart of my novel Love & Treasure lies a pendant in the shape of a peacock, of inconsequential monetary value, but vast personal importance. This necklace, found on the Hungarian Gold Train by the American Army officer assigned to guard the property, connects that first part of the novel to the two subsequent, similar to the way the Stradivarius violin known as the Red Mendelssohn (1721), functions in the film The Red Violin.

I structured the novel this way because I became very interested in the idea of property and value. What makes a certain piece of property valuable? What, for example, is the “worth” of the pair of tall silver-plated candlesticks I inherited from my great-grandmother? Objectively, they are probably not worth very much. Though ornate, they were common, not unusual in any way. Mine was not the only Bubbe to smuggle such candlesticks out of Minsk beneath her skirts. To her they were immensely valuable because they were given to her as a wedding gift. In fact, the candlesticks she kept for almost 70 years longer than the husband, whom she divorced as soon as she tracked him down in the Lower East Side of New York City. Upon finding him, she met the young and pretty reason he’d failed to send for her and their daughter as he’d promised, and after beating him about the head and shoulders (or so I like to think), she set about getting
herself a divorce.

It is the legacy of strength and power that story represents that makes the candlesticks so precious to me. When I am feeling exhausted or put upon, when my privileged life seems unendurable, I recall that young woman making her way halfway across the world, her young daughter in tow, determined to make a new life for herself in America, and I straighten my spine. You’ve heard the phrase “Man up?” Well, in my house we Bubbe Up.

But as I said, those candlesticks are silver-plate, not even silver. How much would they be worth on their own, without that history and the people who appreciate it? How much would they be worth as part of a train full of similar property, when all the people who cared about those candlesticks and carpets, wedding rings and china services, are dead, burnt to ashes along with their dreams of descendants? It’s this question that I struggled to address in the novel Love & Treasure.

A spellbinding new novel of contraband masterpieces, tragic love, and the unexpected legacies of forgotten crimes, Ayelet Waldman’s Love and Treasure weaves a tale around the fascinating, true history of the Hungarian Gold Train in the Second World War.


In 1945 on the outskirts of Salzburg, victorious American soldiers capture a train filled with unspeakable riches: piles of fine gold watches; mountains of fur coats; crates filled with wedding rings, silver picture frames, family heirlooms, and Shabbat candlesticks passed down through generations. Jack Wiseman, a tough, smart New York Jew, is the lieutenant charged with guarding this treasure—a responsibility that grows more complicated when he meets Ilona, a fierce, beautiful Hungarian who has lost everything in the ravages of the Holocaust. Seventy years later, amid the shadowy world of art dealers who profit off the sins of previous generations, Jack gives a necklace to his granddaughter, Natalie Stein, and charges her with searching for an unknown woman—a woman whose portrait and fate come to haunt Natalie, a woman whose secret may help Natalie to understand the guilt her grandfather will take to his grave and to find a way out of the mess she has made of her own life.

A story of brilliantly drawn characters—a suave and shady art historian, a delusive and infatuated Freudian, a family of singing circus dwarfs fallen into the clutches of Josef Mengele, and desperate lovers facing choices that will tear them apart—Love and Treasure is Ayelet Waldman’s finest novel to date: a sad, funny, richly detailed work that poses hard questions about the value of precious things in a time when life itself has no value, and about the slenderest of chains that can bind us to the griefs and passions of the past.

Praise for Love and Treasure
“Love and Treasure is something of a treasure trove of a novel. Its beautifully integrated parts fit inside one another like the talismanic pendant/ locket at the heart of several love stories. Where the opening chapters evoke the nightmare of Europe in the aftermath of World War II with the hallucinatory vividness of Anselm Kiefer’s disturbing canvases, the concluding chapters, set decades before, in a more seemingly innocent time in the early 20th century, are a bittersweet evocation, in miniature, of thwarted personal destinies that yet yield to something like cultural triumph. Ayelet Waldman is not afraid to create characters for whom we feel an urgency of emotion, and she does not resolve what is unresolvable in this ambitious, absorbing and poignantly moving work of fiction.”
—Joyce Carol Oates


“One is quickly caught up in Love and Treasure with its shifting tones and voices—at times a document, a thriller, a love story, a search—telescoping time backwards and forwards to vividly depict a story found in the preludes and then the after-effects of the Holocaust. Waldman gives us remarkable characters in a time of complex and surprising politics.”
—Michael Ondaatje

“Love and Treasure is like the treasure train it chases: fast-paced, bound by a fierce mission, full of bright secrets and racingly, relentlessly moving.”
—Daniel Handler

“Complex and thoughtful, moving and carefully researched, this is a novel to love and treasure.”
—Philippa Gregory

“This lush, multigenerational tale… traces the path of a single pendant…. Inventively told from multiple perspectives, Waldman’s latest is a seductive reflection on just how complicated the idea of ‘home’ is–and why it is worth more than treasure.”
—Publishers Weekly

“A sensitive and heartbreaking portrayal of love, politics, and family secrets . . . Waldman’s appealing novel recalls the film The Red Violin in its following of this all-important object through various periods in history and through many owners. Fans of historical fiction will love the compelling characters and the leaps backward and forward in time.”
—Mariel Pachucki, Library Journal 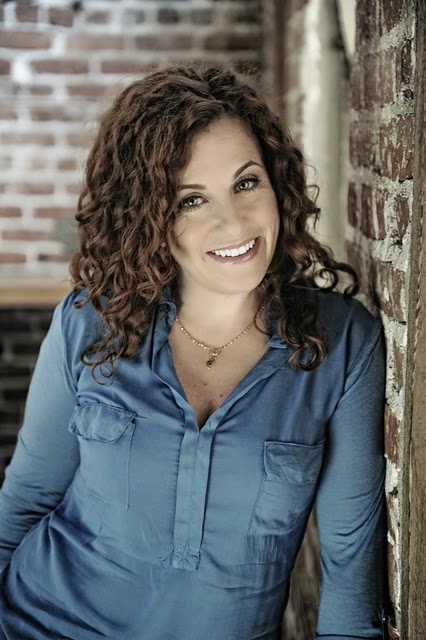 About the AuthorAyelet Waldman is the author of the newly released Love and Treasure (Knopf, January 2014), Red Hook Road and The New York Times bestseller Bad Mother: A Chronicle of Maternal Crimes, Minor Calamities and Occasional Moments of Grace. Her novel Love and Other Impossible Pursuits was made into a film starring Natalie Portman. Her personal essays and profiles of such public figures as Hillary Clinton have been published in a wide variety of newspapers and magazines, including The New York Times, Vogue, The Washington Post, and The Wall Street Journal. Her radio commentaries have appeared on “All Things Considered” and “The California Report.”

For more information please visit Ayelet’s website. Her missives also appear on Facebook and Twitter.
Her books are published throughout the world, in countries as disparate as England and Thailand, the Netherlands and China, Russia and Israel, Korea and Italy.