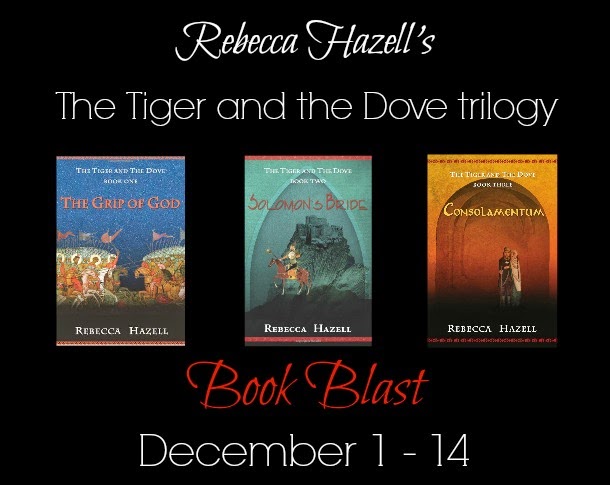 Please join Rebecca Hazell as she tours the blogosphere for the Tiger and the Dove trilogy Book Blast, from December 1 - 14, and be entered to win all three books in the trilogy! 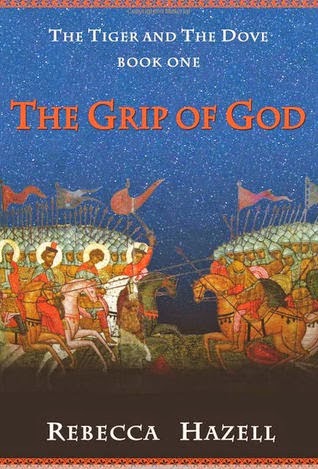 The Grip of God (Book One)
The Grip of God is the first novel in an epic historical trilogy, The Tiger and the Dove. Set in the thirteenth century, its heroine, Sofia, is a young princess of Kievan Rus. She begins her story by recounting her capture in battle and life of slavery to a young army captain in the Mongol armies that are flooding Europe. Not only is her life shattered, it is threatened by the bitter rivalries in her new master's powerful family, and shadowed by the leader of the Mongol invasion, Batu Khan, Genghis Khan's grandson. How will she learn to survive in a world of total war, much less rediscover the love she once took for granted? Always seeking to escape and menaced by outer enemies and inner turmoil, where can she find safe haven even if she can break free? Clear eyed and intelligent, Sofia could be a character from The Game of Thrones, but she refuses to believe that life is solely about the strong dominating the weak or about taking endless revenge. Her story is based on actual historical events, which haunt her destiny. Like an intelligent Forrest Gump, she reflects her times. But as she matures, she learns to reflect on them as well, and to transcend their fetters. In doing so, she recreates a lost era for us, her readers. 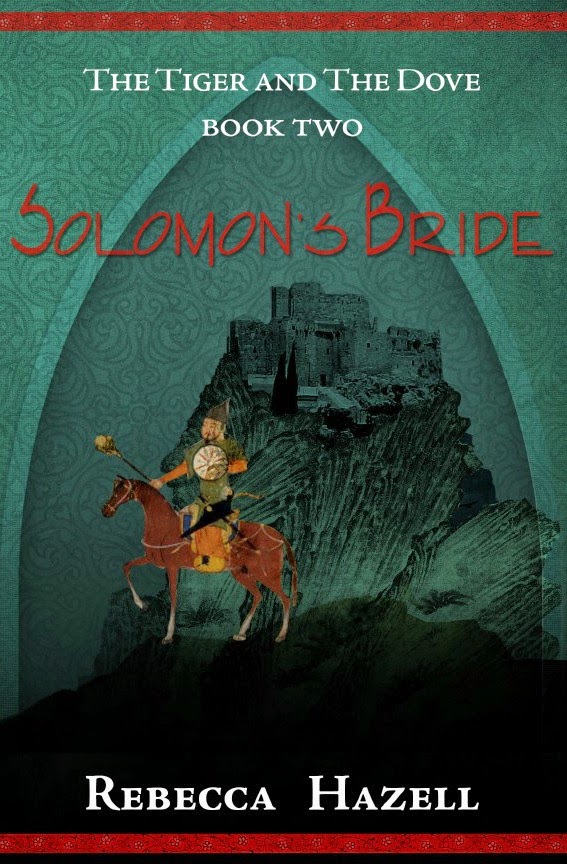 Solomon's Bride (Book Two)
Solomon's Bride is the dramatic sequel to The Grip of God. Sofia, the heroine, a former princess from Kievan Rus' was enslaved by a Mongol nobleman and then taken as a concubine by the leader of the Mongol invasions, Batu Khan, grandson of Genghis Khan. Now, having fled the Mongols with a price on her head, Sofia escapes into Persia and what she believes will be safety, only to fall into the clutches of the Assassins, who seek to disrupt the Mongol empire. In a world at war, both outer and inner, the second phase of her adventures unfolds. Can she ever find safe haven, much less the lost love and family that was almost destroyed by the Mongols? Consolamentum (Book Three)
In the finale of Sofia's memoir, Consolamentum, both dramatic and poignant, her dreams of home are shattered when her own family betrays her. Raising her child on her own, mourning the loss of her beloved knight, and building a trading empire, she seeks safe haven for her child and herself. Her quest takes her from Antioch to Constantinople to Venice. A surprise reunion in Venice leads her to France where she runs afoul of the newly established Holy Inquisition, possibly the greatest challenge she has yet faced. Can a woman so marked by oppression, betrayal, and danger ever find her safe haven, much less genuine happiness? 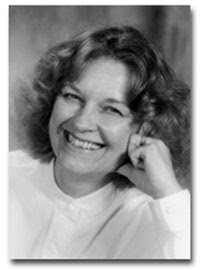 About the Author
Rebecca Hazell is a an award winning artist, author and educator. She has written, illustrated and published four non-fiction children’s books, created best selling educational filmstrips, designed educational craft kits for children and even created award winning needlepoint canvases. She is a senior teacher in the Shambhala Buddhist lineage, and she holds an honours BA from the University of California at Santa Cruz in Russian and Chinese history.

Thursday, December 4
Oh, For the Hook of a Book

Saturday, December 6
What is that Book About

Tuesday, December 9
She is Too Fond of Books & Movies

Wednesday, December 10
To Read, Or Not to Read

Giveaway ends at 11:59pm on December 14th. You must be 18 or older to enter.
Winners will be chosen via Rafflecopter on December 17th and notified via email.
Winners have 48 hours to claim prize or new winner is chosen.