S.R. Mallery's Sewing Can Be Dangerous and Other Small Threads - Guest Post and {Giveaway} 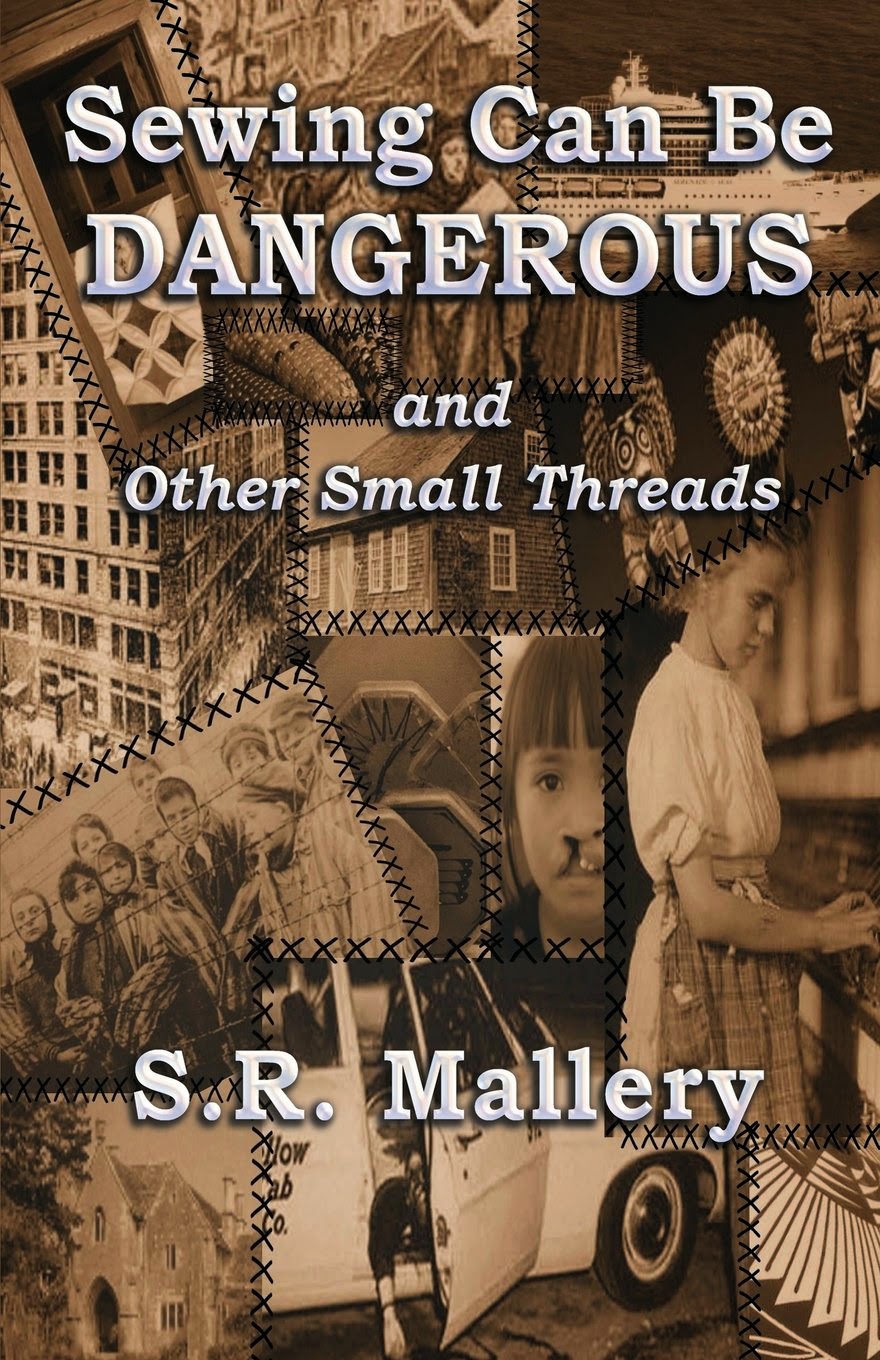 SEWING CAN BE DANGEROUS AND OTHER SMALL THREADS

First off, I love history. I love reading about it, watching documentaries about it, imagining it, and transporting myself back into those various time periods. I also love action, mystery, crime, and romance. So perhaps, being a quilt designer/instructor when I started writing these short stories, I knew somehow I was going to include it all. Hence the ‘thread’ link through each story.

The following includes just a tiny tidbit of research for each story, with excerpts from the FIRST THREE stories only. I have also included links to ‘images’ for these different subjects because if you’re like me, seeing photographs/pictures makes everything more authentic.

1) “Sewing Can Be Dangerous”
In 1912 desperate immigrant families were pouring in to Ellis Island at an alarming rate. Non-English speaking, frightened, they grabbed any available job American business magnates offered, no questions asked. In the ambitious Age of Industrialization, horrendous factory conditions around the country were being ignored while people survived on minimal pay and long hours with no breaks. It was an era, ripe for accidents.

After so many girls died in the infamous New York Triangle Shirtwaist Factory fire of March 25, 2012, the owners, Harris and Frank went on trial. But the few female witnesses testifying against them, were not only unable to fully understand the sophisticated verbal courtroom language, they were too intimidated to speak out, so in the end there were no convictions, simply the devastation of the girls’ families and indeed, all of New York City.

Yet, from out of the ashes came new, progressive legislation that would forever change American industry: sprinklers, exit doors mandated to push outward, not inward, more fire escapes, no parts of the building being sealed off, etc. 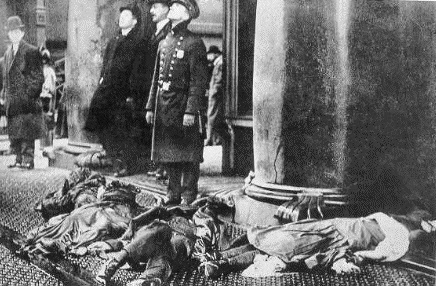 Excerpt:
“...but Sasha’s heart sank. She found out soon enough what working conditions were really like: sixteen hour days, six days-a-week, hunched over cumbersome black iron industrial sewing machines in dense, almost airtight conditions that had her breaking out in streams of sweat on hot summer days, and teeth chattering shivers in the dead of winter.... microscopic fibers clogged mechanisms and filled nostrils with a dust so fine, after two hours it became difficult to breathe...

Oil soaked rags, used for greasing the mechanisms, radiated their own heat that could be slightly comforting in winter for those workers near the large bins where they were dumped, but toxic in spring and summer for everyone else...”

2) “A Drunkard’s Path”Funnily enough, I had read years before how certain old quilt patterns had ‘curses’ attached to them. That fascinated me. But in what story/context could this fact be included? One night, watching a documentary about the Salem Witchcraft trial, I got my answer.

In the past there had been ‘ergot’ poisoning theories about what happened back then, but more recent evidence indicated that these teenage girls, the accusers who wreaked such havoc in the town of Salem, were much like the hysterical women that Dr. Sigmund Freud treated. One by one, these girls fed on each other’s psyche, twisting the truth and adding more fervor to the already rigid, naïve, cult-like behavior of the townspeople and the oppressive judges. 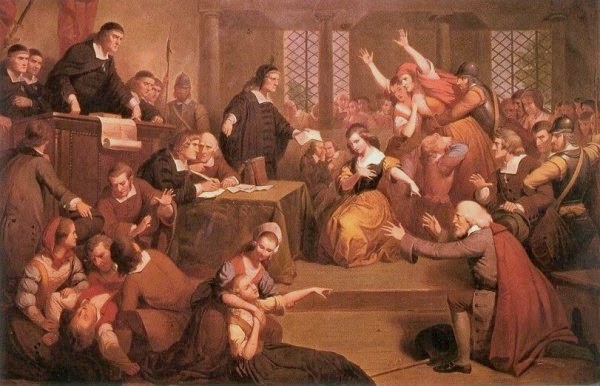 Excerpt
“At the front of the room facing the magistrates, sat all the accusers, the “afflicted” girls: Abigail Williams, her cousin Betty Parris, Ann Putnam, Sarah Bibber, Sarah Churchill, Elizabeth Booth, Mercy Lewis, Susanna Sheldon, Jemima Rea, Mary Warren, Mary Walcott and Elizabeth Hubbard. With downcast eyes and folded hands, they appeared demure; inwardly they were experiencing emotions quite different from anything they had ever known. Childhoods stocked with adult repression and fear now served as a springboard to the frenzy of accusations they had created, because on this day, along with their catharsis and even exhilaration, came the most important emotion of all: a sense of empowerment. At last, they were getting adults to listen to them, and it was intoxicating.”

3) “Lettie’s Tale” In doing my research on the Antebellum south, I was fascinated by how many times the slaves out-maneuvered their owners. “Puttin’ on the Massah” was repeated time and again, and indeed, their rich tradition of using mostly drawings in the dirt in Africa served them well in America. I also was taken with the Canadian who came up with codes numbers to help them escape on the Underground Railroad. Coupled with their use of ‘pattern codes’ in patchwork quilts, they were far more powerful and intelligent than their white master could ever imagine. 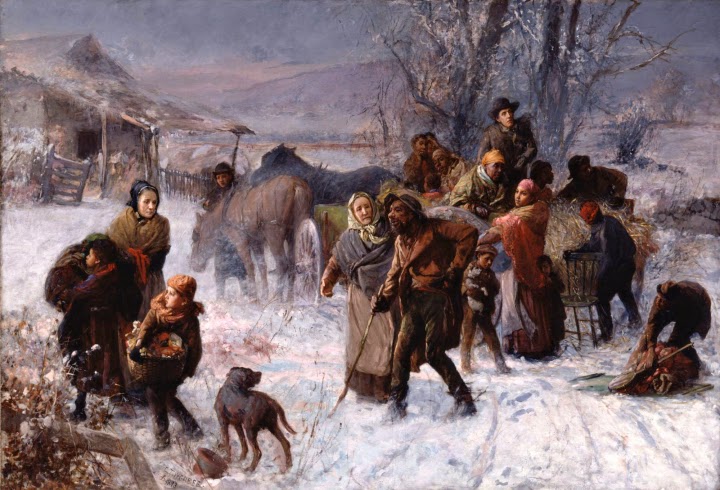 Excerpt:
“...At first, the idea of slavery wasn’t even a conscious thought for Lettie. She had been well-treated up at the Big House and even here, in the lowlands, surrounded by her cousins, with whom she romped through the tall-bladed grass each sunset, just before snuggling up together, heads to wriggly toes on one large, straw mat. But as they all matured, she could see how arduous their tasks had become. How being a half-quarter hand was infinitely more grueling than being a quarter hand. With the other boys becoming full field hands, Lettie watched them return from long, backbreaking days; exhausted, bitter, transformed from the carefree boys she had gotten to know.

Her narrow world was shifting and with it, an awareness of little things that now called out to her; secrets whispered between the adults behind doorways, conversations stopped mid-sentence as she approached. It also occurred to her that more and more, slaves were disappearing. Where did they go? She wondered. Was that the secret? For the first time in her life, a tight knot was growing inside her chest, keeping her on high alert...”

4) “The Comforter”We have all heard about the various Christians who helped Jews in Nazi Germany; putting a good Samaritan couple in my story was a given. But the origins of Kristallnacht pointed to a young Jewish man who, having had enough of being treated so shamefully by the Nazis, shot and killed a minor officer. That gave Goebbels the excuse and impetus he needed and soon, Kristallnacht was in full gear and my ‘quilt-protagonist,’ a major player. 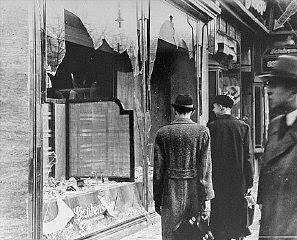 5) “A Plague On Both Your Houses” Visiting Wall Street in the late 1980’s I was privy to the madness involved. High-tufted wall-to-wall carpeting allowed for peace and quiet, while downstairs on ‘the floor,’ it was heart-attack city. Papers were strewn everywhere, computers were flashing, brokers––jacketless, their ties loosened and skewed––were screaming one minute and looking thoroughly depressed and/or intense the next. Having always loved a good Romeo and Juliet story, I decided to include a Wall Street powerhouse with an artsy fiber artist. 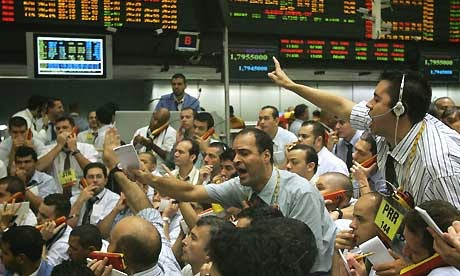 6) “Border Windfalls” In researching this story, I had reason to interview a doctor from a Doctors Without Borders type of group. We talked about the problems of dealing with hare-lipped children living in foreign countries; how superstitious their families can be, how they can be seen as being ‘from the devil’. I also talked to people from Guatemala who claimed in some of the smaller villages, people would do anything to survive---so helping drug dealers became a way of life. 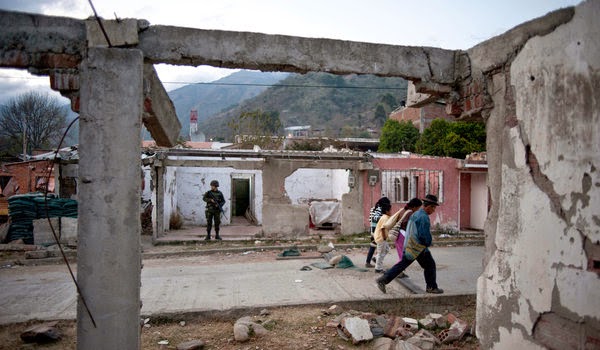 7) “Emma at Night”People during the Middle Ages had, according to several articles, different circadian rhythms than we do nowadays. With no TV to keep them up they would fall asleep early, then wake up around 2 a.m. and start to ‘roam’. In some cases, there would be dozens of people at a time, wandering the countryside while the people living in manors were more contained. I also saw plans for entire seamstresses wings in the manor, with their own duty being to do their best ‘embroiderie’. Other research uncovered how Richard the Lionhearted wasn’t always so gentle; there was unrest in England as their army went away on all the countless Crusades. 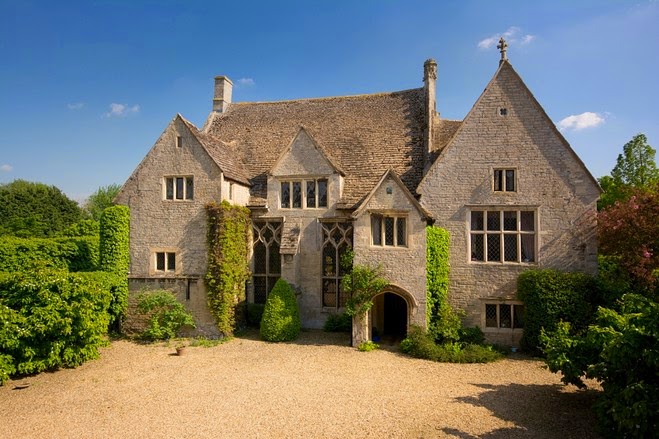 8) “Murder She Sewed”
I taught machine sewing/quilting for years and years. In my classes, I always made it a point to talk about safety, particularly when it came to rotary cutters. What are those? People would ask and I would hold up something that was akin to a pizza cutter and in front of them, start to make sharp, even cuts to produce fabric strips. There were also quilt workshops galore on those big ship cruises back in the ‘80s. So I put a quilt teacher bunking in with a burned out NYPD detective. Voila! Murder Most Foul.... 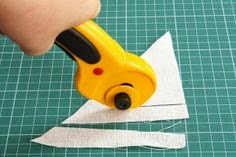 9) “Precious Gifts”The production and sale of the Singer sewing machine was nothing short of a miracle. Some women claimed it almost ranked up there with the ‘wheel’. When I was at an exhibition of the Sewing Machine, I noticed a tiny note nestled behind glass at a counter display. It read something to the effect of, “I’m going to hide my Singer in the cornfield tomorrow in case of Indian attack. Washington Territory 1870”. Wow. More important than her house....and her family? Further research showed how the Chinook Indians of that area were fat and happy from all the salmon running upstream. I created an unlikely friendship from a white woman and a young Chinook Indian out on his spiritual quest. 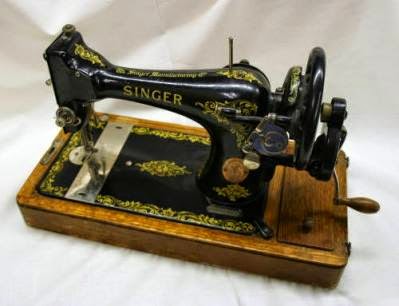 10) “Lyla’s Summers of Love”
That was my era––I wasn’t a hippy per se, but I sure was part of the culture; hence, the inclusion of a macramé necklace and San Francisco. But I also learned that in the late 60’s early 70’s while students protested, a few professors had been hired by the government to keep their ‘eyes and ears’ open regarding campus unrest. At that same time The Zodiac Killer was filling the news. 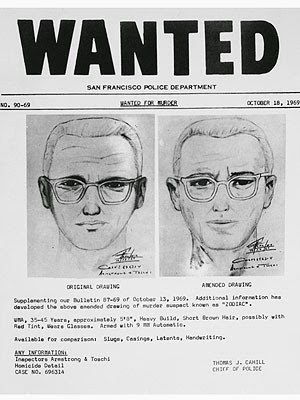 11) “Nightmare At Four Corners”
A bored middle-aged housewife with a journalistic background hooks up with her Hopi Native American housekeeper to solve a cold case murder. In the process, she learns Katchina dolls and the beliefs behind them have tremendous power. In her Southwest travel to the Four Corners area of the United States she also learns about the power of prejudice. 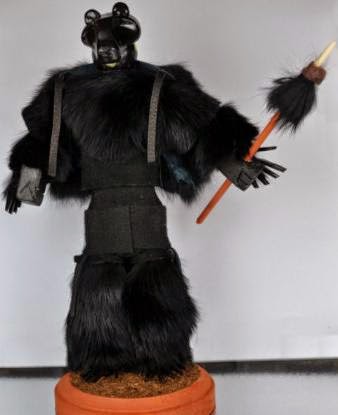 The eleven long short stories in “Sewing Can Be Dangerous and Other Small Threads" combine history, mystery, action and/or romance, and range from drug trafficking using Guatemalan hand-woven wallets, to an Antebellum U.S. slave using codes in her quilts as a message system to freedom; from an ex-journalist and her Hopi Indian maid solving a cold case together involving Katchina spirits, to a couple hiding Christian passports in a comforter in Nazi Germany; from a wedding quilt curse dating back to the Salem Witchcraft Trials, to a mystery involving a young seamstress in the infamous Triangle Shirtwaist Factory fire; from a 1980’s Romeo and Juliet romance between a rising Wall Street financial ‘star’ and an eclectic fiber artist, to a Haight-Asbury love affair between a professor and a beautiful macramé artist gone horribly askew, just to name a few.


Buy the Audio Book
Sewing Can Be Dangerous and Other Small Threads is now in AUDIO!!! Listen to narrator, Suzie Althens, breathe life and depth into these stories!

About the Author
S.R. Mallery has worn various hats in her life.

First, a classical/pop singer/composer, she moved on to the professional world of production art and calligraphy. Next came a long career as an award winning quilt artist/teacher and an ESL/Reading instructor. Her short stories have been published in descant 2008, Snowy Egret, Transcendent Visions, The Storyteller, and Down In the Dirt.

“Unexpected Gifts”, her debut novel, is currently available on Amazon. “Sewing Can Be Dangerous and Other Small Threads”, her collection of short stories, Jan. 2014, both books by Mockingbird Lane Press.
For more information please visit S.R. Mallery’s website. You can also find her on Facebook, Twitter and Goodreads.

Visit other blogs on the tour--Tour Schedule

Follow the instructions on the Rafflecopter form below to enter for a chance to win one eBook copy of Sewing Can Be Dangerous, open internationally.