Although very little is known about exactly how the artists celebrated Noël (the holiday Americans call Christmas), one has to assume those who were French did as much as they could with what little they had to make Noël special for their families. And, yes, many artists did eventually end up with wives and children. Additionally, it also seems to me those living in Montmartre from other countries may have picked up on the traditions of France, since they were residing there.

Noël is still vastly different than Christmas in the USA in that it isn’t so commercialized. Back then in particular (and still for some French today), it was primarily a religious event. The word Noël comes from the French phrase les bonnes nouvelles, which means “the good news” (the birth of Christ). On the eve, church bells rang out Christmas carols. People filled the cathedrals to attend Noël services with family. Afterward they went home to the most celebrated dinner of the year: Le Rêveillon (to revive or awaken).

Menu’s varied throughout regions of France, but whatever was served, there were many dishes to choose from and plenty of each. Goose, chicken, capon, turkey stuffed with chestnuts, oysters, and boudin blanc (similar to white pudding) were common. 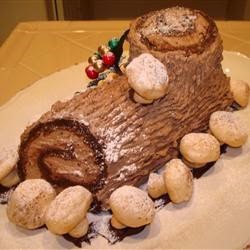 La bûche de Noël (Yule log) is a log-shaped cake made of chocolate and chestnuts. Some areas burned a log in their fireplace from Christmas Eve to New Year’s Day. This dessert was a replica of the Yule log. 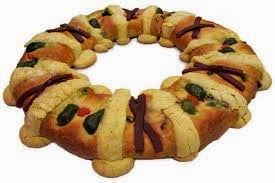 Many families would serve a Three Kings Cake with a bean hidden in it. Some had a baby Jesus they used instead of a bean. Whoever found the bean (or baby) in their slice was made King, or Queen, for the day.

The sapin de Noël (Christmas tree) had been introduced in France by 1837, but wasn’t very popular yet. More likely they would have had a crèche similar to a nativity scene (filled with santons little saints). This display was the focus for the celebration. The santons were little clay figures. Not only would a family have figures of the holy family, shepherds and Wiseman, but of French dignitaries and other characters. These figures were cherished and handed down through generations. They are gaily colored and have fine detail to them. 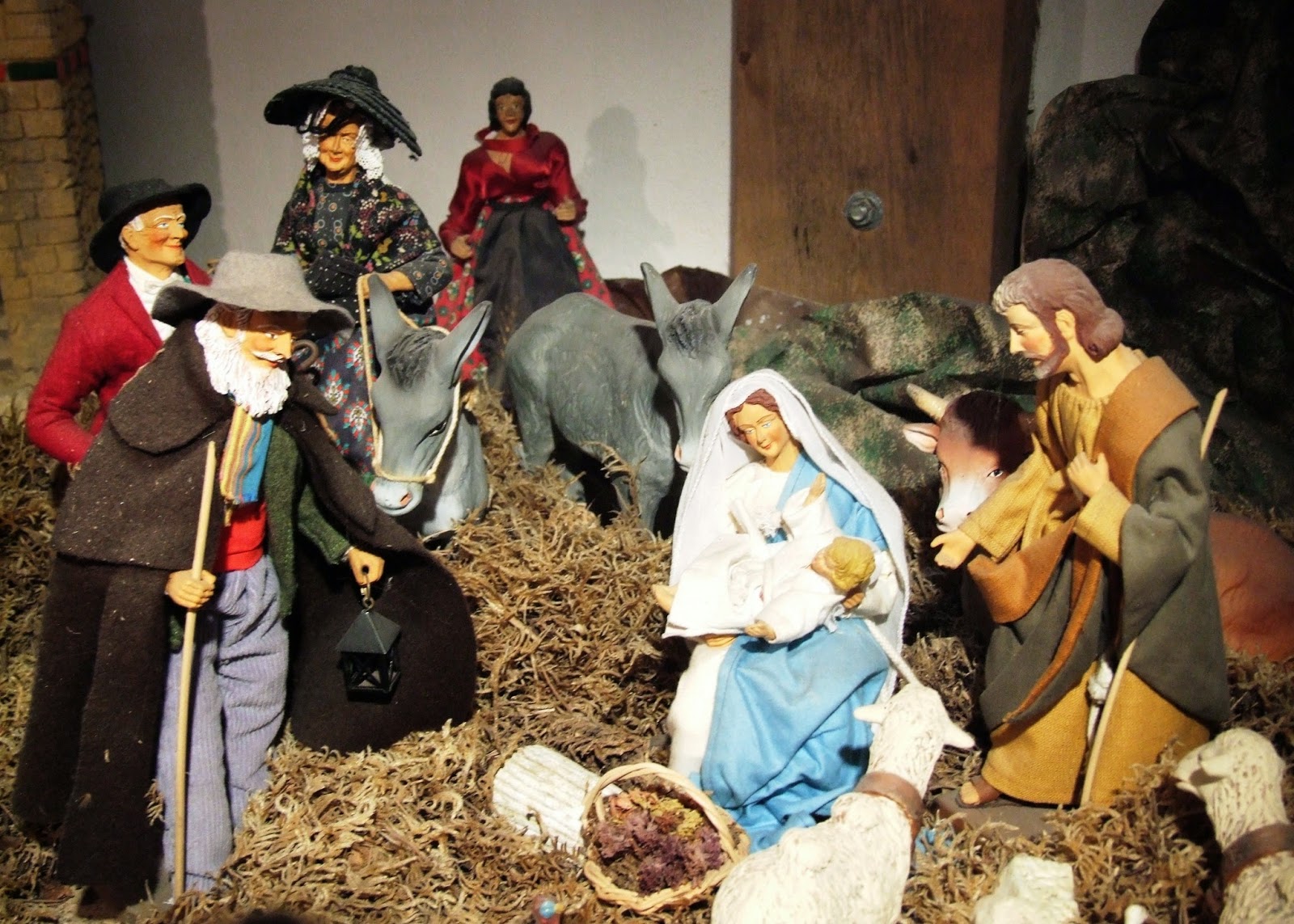 Mistletoe was thought to bring good fortune and was hung around the home for the holiday season. That day the children would go out to look for the Kings, taking gifts of hay for the camels.

Once Le Rêveillon dinner was over, everyone retired. They left a log burning, along with food and drink on the table. These were for the Virgin Mary, in case she stopped by. Children left their shoes out, hoping Pierre Noël (like Santa Claus) would come and fill them with fruit, nuts, candy, and maybe a small toy. Some people also told children there was a Père Fouettard who would dole out spankings to naughty children. If the artist’s were from Northern France, they probably gave their children these gifts on December 6th, instead, as that was St. Nicholas Day in Northern France. Adults did not exchange gifts during this holy time. Instead, they waited to exchange gifts on New Year ’s Day. These gifts were seldom lavish. Each person gave their adult family members one small gift, even in households where money wasn’t an issue. Nor did they buy for every family member. It was for immediate family only.

One can see the celebration of family and their belief system was the heart of this celebration, with materialism taking a back seat—if showing up at all. The food was the only excess they indulged in during this highly awaited celebration.

One has to wonder how meager some of the tables looked in artists homes. However, with family and/or friends even the most meager of meals can be a celebration when love and kinship is freely given and accepted.

And now I would like to wish each of you a:

See you next year!