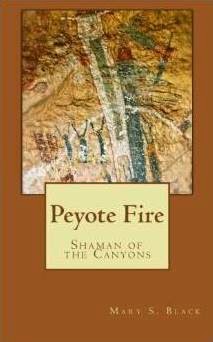 I went to a winter solstice party the other night. Being in central Texas, we stood outside around a fire in our shorts and sandals and drank tequila. The backyard was lit with hundreds of tiny lights, and candles burned on the table. We did our best to withstand the gloom of this darkest time of year.

Many people in Europe and elsewhere have bonfires this time of year. In Veneto, Italy, these fires are called “panevin,” for it is also a time for eating cake (pan) and drinking wine (vin). The bonfires are built of wood and brush, some topping ten meters high. A puppet of an old woman is placed on the pile. She represents all the mishaps and calamities that occurred during the preceding year. When the fire is burned, all those misadventures go up in smoke. If the smoke blows south or west, people say the crops will be good next year. If it blows north or east, predictions are the harvest will be poor.

The Scandinavian Juul log was burned on the winter solstice to honor the Norse god Thor. In some parts of Europe and Britain, this practice became known as burning the Yule log. Ancient people scattered the ash from the Yule log on the fields for good harvest or saved it until Twelfth Night for good luck. French peasants believed if the ashes were kept under the bed, they would protect the house from thunder and lightning.

In other places there may or may not be bonfires, but still the winter solstice is all about keeping the light of the sun. Thousands will gather at Stonehenge in England next week to celebrate the sunrise. The stones are aligned so that the first light of the sun will occur between two specific stones on the solstice morn. Druids and pagans, and regular folk just seeking a respite from the season’s incessant commercialism, will chant and dance to call the sun back from darkness. At the Neolithic mound of Newgrange in Ireland, the sun will fill a passageway in the massive earthen temple chamber on the morning of the December solstice. Men and women who obviously paid attention to the changing angles of the sun constructed this place more than 5,000 years ago.

In North America, Native American mound builders built various earthworks oriented with the sun for both summer and winter solstices. For instance the tail at Great Serpent Mound near Peebles, Ohio, points to the sunrise on the shortest day of the year, and the mouth points to the head on the longest. This serpent effigy, built sometime from 1000-1500 AD, is the largest such mound known. The Hopi of Arizona hold a celebration during winter solstice to prevent the disappearance of the sun. Preparation starts by cutting bits of cotton string and tying feathers and pinyon needles to the ends. Friends and family exchange these simple gifts. The highlight of the festival is the story of the Plumed Black Snake. Dancers play the roles of the Black Snake, the Sun, and Warriors. The snake symbolizes the evil influences that drive the sun away. The chiefs make offerings of prayers and corn meal to the Plumed Black Snake to persuade him not to swallow the sun, like he does during an eclipse. Then the warriors must convince the sun to return by offering gifts. When the sun does finally come back, the people cheer.

Me, I’m here in Austin. We hung brightly colored lights around the front porch like many of our neighbors, and will string them liberally around the backyard so we can see them from our windows. I’ve “lit” the LED candles and my husband’s got a fire going on the grill. But still, I’d like to burn up the old year’s regrets and use the ash to bring a better harvest.

If you feel like I do, please join me on Facebook at the group page called “Prehistoric Writers and Readers Campfire” on December 21, 2014. We’ll have a digital solstice bonfire, to burn terrible first drafts, rejection slips, wadded-up revisions, and other detritus of a writer’s life. If you’ve got something you want to burn, now’s the time to do it. You don’t have to be a writer. We’ve all got something we’d like to get rid of. Come on! Let’s light up the darkness and bring back the sun.

Deer Cloud is painting the stories of the gods when tragedy changes his life. He is called to walk the shaman path and bring the buffalo through his visionary power. The evil Stone Face will do anything to thwart Deer Cloud’s growing strength. Jumping Rabbit, a lusty female shaman, decides to mentor him and ends up taking him to bed. She introduces him to a powerful spirit plant to counter the effects of the dangerous wolf flower. When buffalo are spotted, Stone Face challenges Deer Cloud to call the beasts with his new power. With Jumping Rabbit’s help, Deer Cloud changes Rain Bringer society forever.

This book brings to life people who lived over 4,000 years ago in the southwest Texas canyonlands known as the Lower Pecos, near the confluence of the Devils and Pecos rivers with the Rio Grande. These ancient people painted over 300 currently known rock art murals, some of which can be viewed today. Archaeologists have also found evidence of a huge bison jump in a small canyon in that region that points to a catastrophic event in the lives of these people so long ago. This book is based on extensive research and is the first novel to examine these events. 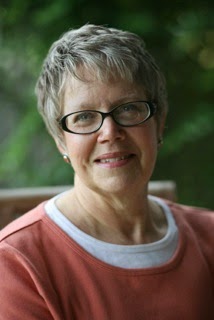 About the Author
Mary S. Black fell in love with the Lower Pecos more than twenty years ago. Since then she has studied the archaeology and related ethnography of the area with numerous scholars. She has an Ed.D. from Harvard University in Human Development and Psychology and lives in Austin with her husband, an archaeologist, and two cats.

For more information please visit Mary’s website. You can also connect with her on Facebook and Goodreads.

Follow the instructions on the Rafflecopter form below to enter for a chance to win a paperback copy of Peyote Fire.

- Giveaway is open to persons 18 years of age or older
- Giveaway is open to residents of the US, UK, Canada, or Australia
- Only one entry per household.
- All giveaway entrants agree to be honest and not cheat the systems; any suspect of fraud is decided upon by blog/site owner and the sponsor, and entrants may be disqualified at our discretion.