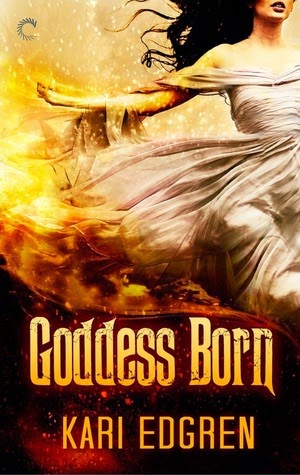 Have Imagination, Will Travel

I am passionate for history. My children might even use the word ‘fanatic’ after a family vacation to France. Not that I blame them entirely, stumbling upon me as I gazed in awed reverence at an old stone privy. But, hello, Richard the Lion Heart had once sat there—in that exact spot. Who in their right mind wouldn’t be overwhelmed by the very place he’d set his naked buttocks and perhaps contemplated his next military maneuver?

The idea of time-travel is enough to leave me shaky with anticipation, and inevitably, unfulfilled longing. Heaven knows, I’ve had enough conversations (rather one-sided I admit) with Elizabeth Tudor and Eleanor of Aquitaine, that they now feel like old friends. And if I ever snagged a fairy or unearthed a genie, I’d wish for the ability to traverse time.

The first place I’d visit would be eighteenth century England. The Enlightenment was in full swing, as were the people on all levels of society. They were bawdy, rambunctious, and full of life—not at all stayed and uptight like their descendants that would soon fill the Regency and Victorian eras. They had a sense of humor and used it liberally, whether laughing at each other or at themselves. I mean, who couldn’t love a period that gave us Shamela and The Beggar’s Opera.

Of course, I couldn’t leave without visiting the American Colonies to experience the tremendous vitality that precipitated the birth of a nation. Those who flocked to this new land—adventurers, religious zealots and criminals—may not have been as easy going as their English cousins, but they certainly didn’t lack for spunk. They’re also family, so crazy or not, they’re mine to claim.

My trips through time could never last long though, maybe a week or two at the most. I am too much a daughter of the modern world. Inevitably, I would shoot off my mouth and be carted to the gallows for either treason or blasphemy. And that would put a damper on any vacation.

So perhaps it’s best that I put my passion into writing to recreate the history I love. A partial time travel, if you will, of the mind if not the body. It’s not a perfect solution, but at least the conversations are two-sided.

The power to heal is her divine gift, the fear of discovery, her mortal curse.

Selah Kilbrid is caught between two worlds. A direct descendant of the Celtic goddess Brigid, she is bound by Tuatha Dé law to help those in need. Yet as a human, she must keep her unique abilities hidden or risk being charged for a witch. In 1730 Pennsylvania, the Quaker community of Hopewell has become a haven for religious freedom—and fanaticism—and there are those who would see her hanged if the truth were revealed.

For eighteen years, Selah safely navigates the narrow gap between duty and self-preservation, until the day a prominent minister uncovers her secret. Obsessed with her power, Nathan Crowley disregards her betrothal to a distant cousin from Ireland and demands marriage in exchange for his silence. Selah stalls for time, but when news reaches the Colonies of her cousin’s death, time has run out.

Rather than submit to Nathan, Selah coerces a stranger to pose as her husband. It’s a good plan—her only plan—even though Henry Alan harbors his own dark secrets. But when she returns to Hopewell a married woman, the real fight has just begun. As unseen forces move against her, Selah doesn’t know which poses the greater danger—a malignant shadow closing in from outside or the internal fire that threatens to consume her heart.

Book Two in the Goddess Born series will be published in November 2014 and Book Three in June 2015. 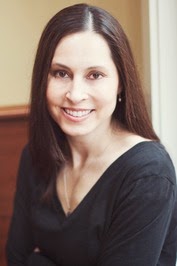 About the Author
Kari Edgren did not dream of becoming a writer. Instead, she dreamed of everything else and was often made to stay inside during kindergarten recess to practice her letters. Despite doting parents and a decent school system, Ms. Edgren managed to make it through elementary school having completed only one book cover to cover – The Box Car Children, which she read approximately forty-seven times. Things improved during high school, but not until she read Gabrielle Garcia Marquez’s One Hundred Years of Solitude in college, did she truly understand the power of a book.

Ms. Edgren aspires to be a Vulcan, a world-acclaimed opera singer, and two inches taller. She resides in the Pacific NW where she spends a great deal of time torturing her husband and children with strange food and random historical facts. Ms. Edgren hasn’t stopped dreaming, but has finally mastered her letters enough to put the stories on paper.