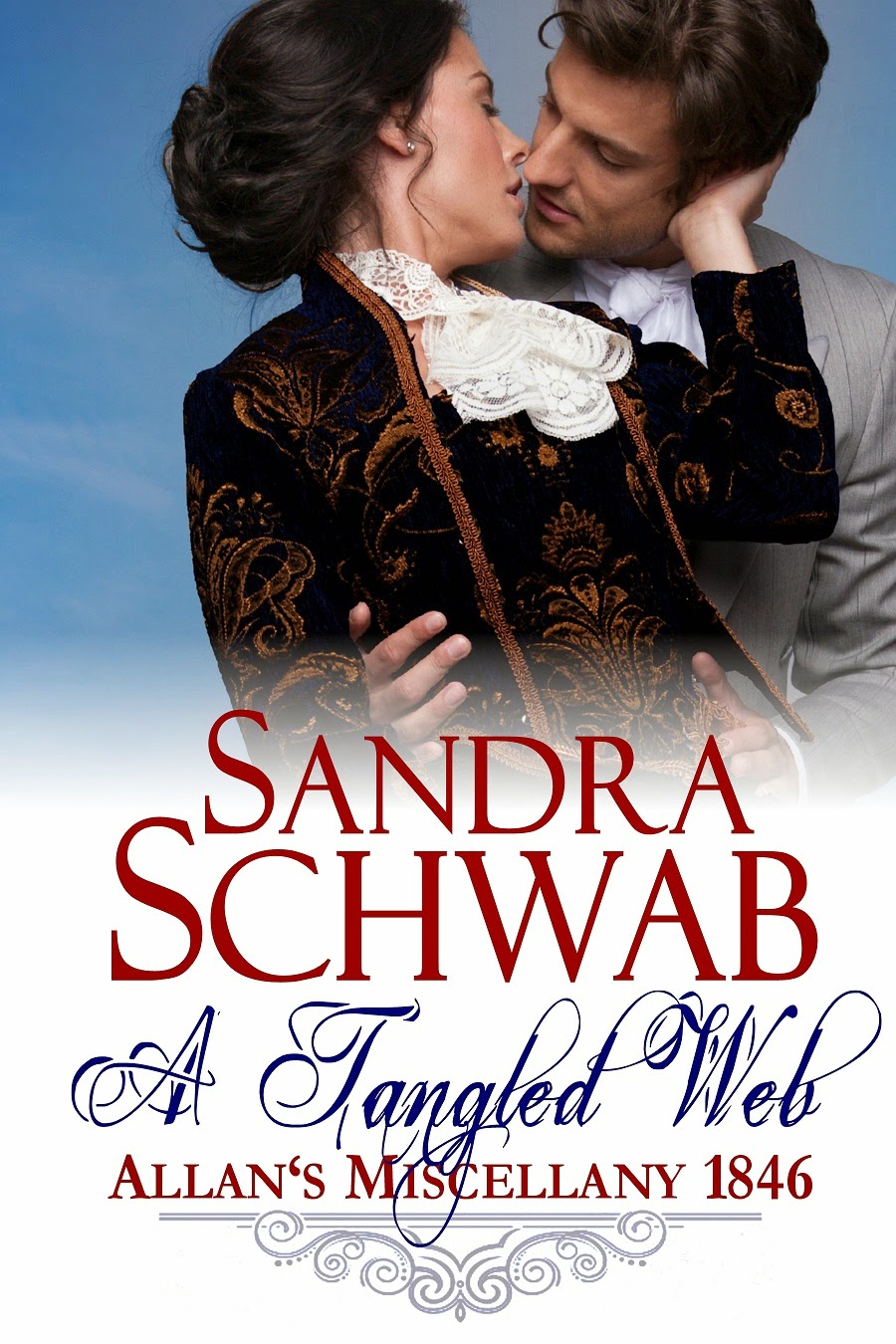 Lawrence Pelham works as a comic artist for Allan’s Miscellany. A chance meeting with a young woman dressed in mourning changes Pel’s whole life, and without his even knowing, he is thrown into a world of mystery and intrigue, where nothing is as it seems to be—especially not the woman he has given his heart to.

Her whole life Sarah Browne has been told how plain she is, how nondescript, destined to become an old maid. For years she has been her family’s dutiful nursing maid and caretaker, but now a secret inheritance and an encounter with the charming Mr. Pelham seem to offer her a chance to break out of her life of duty and drudgery—if she dares to take it. Yet how could such an interesting, witty man like Mr. Pelham be possibly interested in her boring self?

And so, Sarah soon finds herself entangled in a web of lies and deceit, which might even cost her the love of her life.

Praise for A Tangled Web
“Once again [Schwab] weaves brilliantly researched historical details into a story that not only is irresistibly romantic, but also sparkles with wit. To top it off, she has come up with an enchanting couple that truly earns their happy ending.” ~ Tina Dick, LoveLetter

Praise for The Bride Prize
“The Bride Prize is, in a word, delightful. [...] I smiled for a long time when it was over. I cannot wait until the next installment in this series.” ~ Michelle Boule, www.wanderingeye.com
Allan’s Miscellany Series Titles
Book One: The Bride Prize
Book Two: Falling For a Scoundrel
Book Three: A Tangled Web
Book Four: Devil’s Return

About the Author
Award-winning author Sandra Schwab started writing her first novel when she was seven years old. Thirty-odd years later, telling stories is still her greatest passion, even though by now she has exchanged her pink fountain pen of old for a black computer keyboard. Since the release of her debut novel in 2005, she has enchanted readers worldwide with her unusual historical romances.

She holds a PhD in English literature and lives in Frankfurt am Main / Germany with a sketchbook, a sewing machine, and an ever-expanding library. Her new series about the fictional magazine Allan’s Miscellany combines her academic research on Victorian periodicals with her love for story-telling.