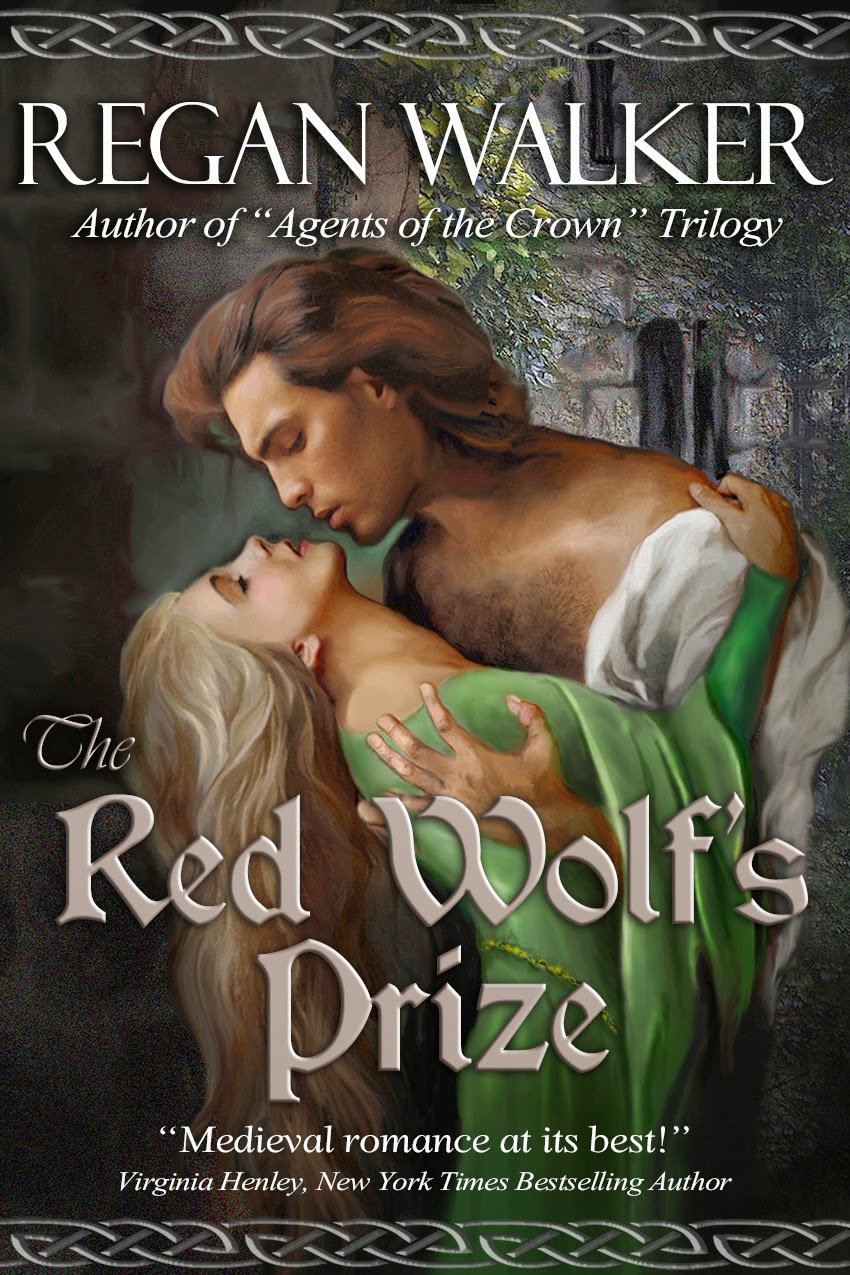 What Women Did Following the Norman Conquest

In 1066, William, Duke of Normandy took England by force, his knights spreading across the land like a horde of locusts. Many English, both Saxons in the south and those farther north, died at the Battle of Hastings and the Battle of Stamford Bridge that preceded it. Although William took the title of King of England, not all of England accepted him as such. His dominion was primarily in the old kingdoms of Wessex, Kent, Sussex and Essex in the south. Those who did not accept him continued their defiance for
years. But what was a woman to do in the midst of this?

In a feudal society, the king owned all the land. Though some women owned land in England before the Conquest, this involved less than 5% of the land. While some Anglo-Saxon nobles retained their land because of their loyalty to William, eventually he pulled nearly all the land to himself and rewarded those men who followed him to England, in some cases ordering them to build a castle on the land he gave them, and in all cases requiring an oath of loyalty, taxes and service. The Anglo-Saxon nobles, for the most part, lost their lands and titles—and many of their women, too, since William married his followers to English heiresses. So many English landowners were killed at Hastings and the battles that followed, there were a great number of heiresses (both daughters and widows) available to be married off to Normans.

But not all the English noblewomen went along with William’s plans. Many chose to take the veil and become nuns rather than be subjected to abuse by Norman knights and mercenaries or risk marriage to Norman nobles. It was “not for love of religious life but from fear of the French,” according to Oderic Vitalis, that they joined convents. These women would, of course, be required to endow the nunnery they entered with the amount they would have for a dowry.

Still, there was another option open to an English maiden, one that my heroine, Serena, in The Red Wolf’s Prize would choose—escape to Scotland. Anglo-Saxons from England sought refuge in Scotland and King Malcolm III was happy to provide it. The Scottish Lowlands, where King Malcolm established his capital in Dunfermline, already played host to a mix of Scots, Britons, Angles and Saxons, so what was a few more? After the Conquest, Edgar Aetheling, heir to the Saxon throne, joined them and fled to Scotland. One of his sisters, Margaret, married the Scottish king and did much good, becoming St. Margaret of Scotland, revered to this day.

HE WOULD NOT BE DENIED HIS PRIZE

Sir Renaud de Pierrepont, the Norman knight known as the Red Wolf for the beast he slayed with his bare hands, hoped to gain lands with his sword. A year after the Conquest, King William rewards his favored knight with Talisand, the lands of an English thegn slain at Hastings, and orders him to wed Lady Serena, the heiress that goes with them.

SHE WOULD LOVE HIM AGAINST HER WILL

Serena wants nothing to do with the fierce warrior to whom she has been unwillingly given, the knight who may have killed her father. When she learns the Red Wolf is coming to claim her, she dyes her flaxen hair brown and flees, disguised as a servant, determined to one day regain her lands. But her escape goes awry and she is brought back to live among her people, though not unnoticed by the new Norman lord.

Deprived of his promised bride, the Red Wolf turns his attention to the comely servant girl hoping to woo her to his bed. But the wench resists, claiming she hates all Normans.

As the passion between them rises, Serena wonders, can she deny the Norman her body? Or her heart?


Praise for The Red Wolf’s Prize

“Ms. Walker has the rare ability to make you forget you are reading a book…the characters become real, the modern world fades away and all that is left is the intrigue, drama and romance.” – Straight from the Library

“Regan Walker has delivered an exciting tale and a passionate love story that brings to life England after the Conquest—medieval romance at its best!” – Virginia Henley New York Times Bestselling Author

“Regan Walker has once again written a story that grabs hold and doesn’t let go. There is intrigue, action and a beautifully developed romance.” – Vickie Moore, The Reading Cafe

About the Author
As a child Regan Walker loved to write stories, particularly about adventure-loving girls, but by the time she got to college more serious pursuits took priority. One of her professors encouraged her to pursue the profession of law, which she did. Years of serving clients in private practice and several stints in high levels of government gave her a love of international travel and a feel for the demands of the “Crown” on its subjects. Hence her romance novels often involve a demanding sovereign who thinks of his subjects as his private talent pool. Regan lives in San Diego with her golden retriever, Link, whom she says inspires her every day to relax and smell the roses. For more information please visit Regan Walker’s website andblog. You can also find her on Facebook, Twitter, and Goodreads.