As I researched my novel Slave and Sister, about Jews and their slaves in antebellum Georgia, I found some real people whose lives were as fascinating as anything I could imagine. This is one such story.

Isaac Cardozo and Lydia Weston, both of Charleston, South Carolina, were intimately connected for more than three decades after they met in the mid-1820s. Between 1828 and 1838, they had six children together. But they were not husband and wife.

Isaac Cardozo was a Sephardic Jew. Lydia Weston was a free woman of color.

They were “just short of marriage.” It was a liaison not unusual in antebellum Charleston, where a white man might have a lifelong and intimate connection with a black woman. He might father all of her children and try to provide for them. He might buy her a house or, if he were unmarried, install her as his housekeeper. But he could not take her into society or marry her.


Everyone knew of these relationships “just short of marriage”, but no one admitted to them. They were private, if not always secret.

Both Isaac and Lydia were native Charlestonians, Isaac born in 1793, Lydia in 1805. Isaac’s father, David Cardozo, was descended from Portuguese Marranos, secret Jews, and had fought in the American Revolutionary War. Lydia’s father was a mystery, but she took her name from her master, Plowden Weston, who freed her in his will of 1826. She was not his daughter; her manumission was a gesture of her master’s gratitude for nursing him when he was ill. The Cardozos were solid and respected among the Jews of Charleston, but the Westons were grand. Plowden Weston was one of the wealthiest planters in South Carolina before the Civil War.

In Charleston, a connection “just short of marriage” often involved money and property, and Lydia was blessed with both. She owned slaves. In 1830, there was a girl under ten in her household who was enslaved, and in 1840, a woman over fifty-five. (Were they her relatives, purchased so that she could protect them from punishment or sale? We don’t know.) In 1852, she bought property—she owned her own house.

But the closest connection between Isaac and Lydia was through their children.

In 1828, Lydia bore their first child together, a daughter also named Lydia. A son named Henry followed, and another daughter named Eslanda. The next two children, both boys, were named after Isaac’s brothers—Jacob and Francis. The last child, Thomas, was born ten years after the first.

In antebellum Charleston, white men with mulatto children often made provision for them, for an education or a trade. All of Isaac’s children were educated, daughters as well as sons. Eslanda went to a school for free blacks. Henry, the oldest son, was learned enough to join the Clionian Debating Society, a group dedicated to education and intellectual improvement for the free black men of Charleston. His younger brother Francis was prepared enough to attend the University of Glasgow. The youngest son, Thomas, received an education that let him start a career as a teacher.
Isaac’s children were equipped for life in other ways. At least two of the sons, and one of the daughters, were taught a trade—Henry and Lydia learned tailoring and Francis was apprenticed as a carpenter.

Isaac left no record to describe his feelings for Lydia and their children, and despite their education, none of his children recorded their feelings for their father. But Henry, the eldest son, left a hint. Isaac Cardozo died in 1855. Henry’s first son was born a few years later. In a perfect confluence of African and Jewish traditions of memorial, the boy was named after his grandfather. He was called Isaac Nunez Cardozo.

Sources
Two of the best sources for the lives of free people of color in antebellum Charleston are Marina Wikramanayake, A World in Shadow: The Free Black in Antebellum South Carolina (University of South Carolina Press, 1989), and Michael P. Johnson and James L. Roark, No Chariot Let Down: Charleston’s Free People on the Eve of the Civil War (University of North Carolina Press, 2001). A good source on the Cardozo family in the antebellum South is in the early chapters of Andrew L. Kaufman, Cardozo (Harvard University Press, 1998). For the idea of “just short of marriage”, see Adam Wolkoff, “Family Property, Family Properties: Interracial Wealth Transfer in the Low Country during the Early Republic” (academia.edu).

Adelaide Mannheim and her slave Rachel share a shameful secret. Adelaide’s father, a Jewish planter in Cass County, Georgia, is Rachel’s father, too. Adelaide marries neighboring planter Henry Kaltenbach, a Jew deeply troubled by slavery, and watches with a wary eye as her husband treats all of his slaves—including Rachel—with kindness. As the country’s conflict over slavery looms ever larger, Henry and Rachel fall in love, and as the United States is rent by the Civil War, the lives of mistress and slave are torn apart.
When the war brings destruction and Emancipation, can these two women, made kin by slavery, free themselves of the past to truly become sisters?


Praise for Slave and Sister
“Two faces seen in a mirror: a black slave and her white mistress. Their eyes, their cheekbones, reflect a disturbingly similar cast. Disturbing for the times, antebellum Georgia, and for the reason: Adelaide Mannheim and her slave Rachel share the same father. Later, as war clouds gather, Adelaide, newly married, finds her husband and Rachel have fallen in love. What could have been a tawdry tale of forbidden romance becomes, in the hands of author Sabra Waldfogel, a complex story of survival and the emergence of true love and heroism. Waldfogel has an eye for character and the historical training to ground her story in the milieu of the 1850s and ’60s. A veritable page-turner that will capture the reader from start to finish.” – Lavender Magazine

“A carefully crafted cavern through time… Waldfogel’s wizardry with words makes it impossible not to be devastatingly impacted by her work… A literary tapestry of shame and honor, of glory and defeat, and of coming to terms with the most important issues in life.” – The Northern Star 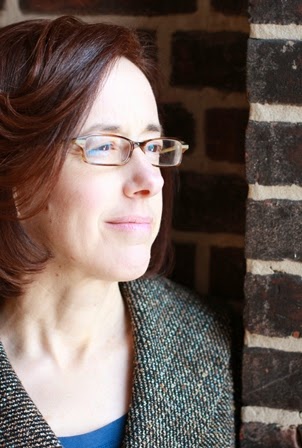 About the Author
Sabra Waldfogel grew up far from the South in Minneapolis. She studied history at Harvard University and received her Ph.D. in American History from the University of Minnesota. She has worked as a technical writer and has written about historic architecture for Old House Journal and Arts and Crafts Homes. Her short story “Yemaya” appeared in Sixfold’s Winter 2013 fiction issue. Slave and Sister is her first novel.
For more information please visit Sabra’s website. You can also connect with her on Facebook, Twitter, and Goodreads.

Follow the instructions on the Rafflecopter form below to enter for a chance to win a paperback copy of Slave and Sister (Open to U.S. and U.K. only)!
a Rafflecopter giveaway
Posted by Michelle Stockard Miller at Thursday, October 30, 2014