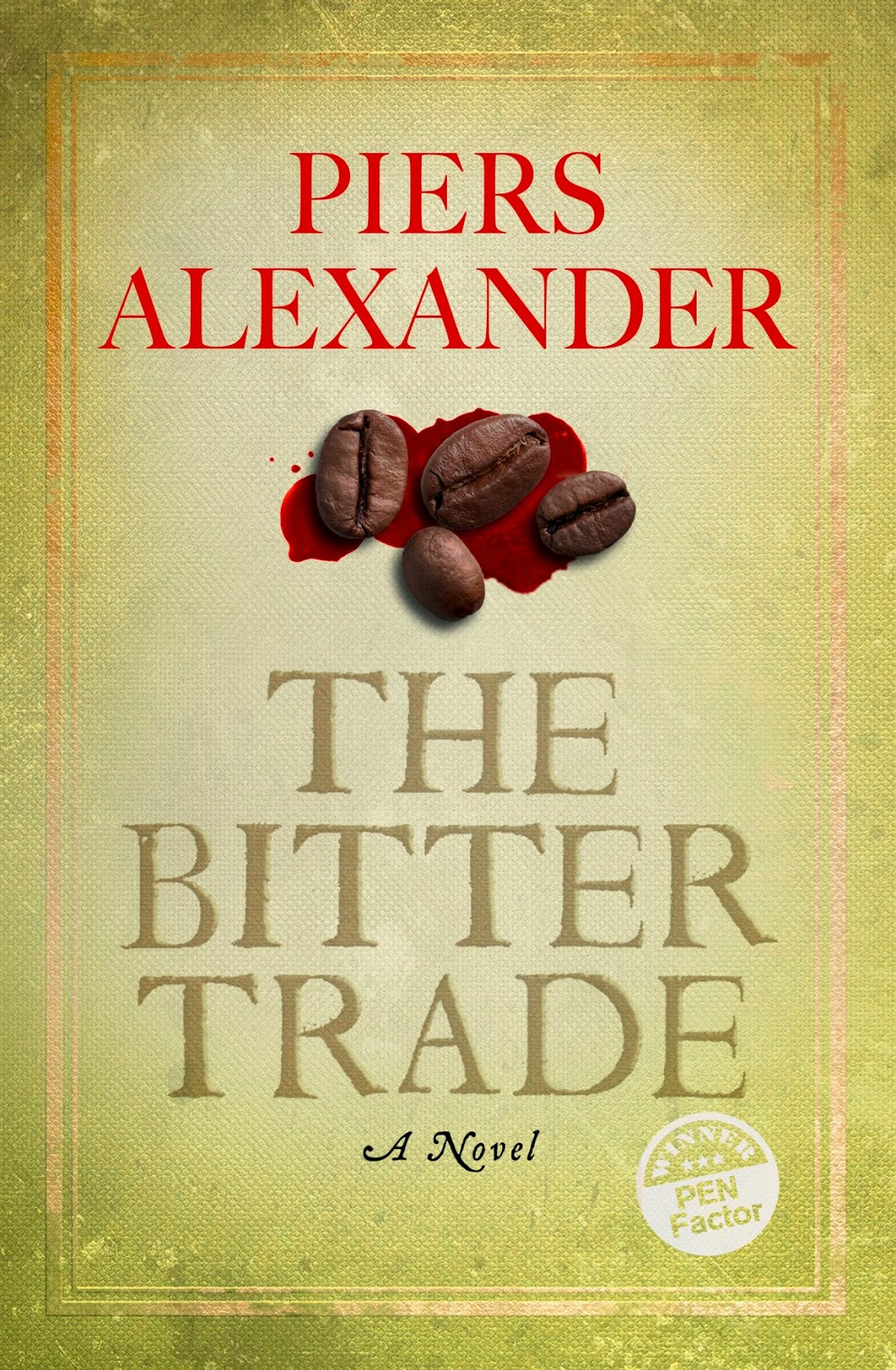 The Fascinating Industry of Killing

I opened my eyes into a slit. I was propped up in a high-backed chair, a bolster behind my neck, hands folded widowishly in my lap. The chair was set back a little from a narrow table. Three men sat facing me, their faces limned by the half-shuttered oil-lantern hanging behind them; and the darkness beyond glittered with a thousand wolf-eyes.


Echoes told me that the chamber stretched far away behind me, and as I forced my eyelids wider open, I saw that the light reflected on steel, a thousand dangling swords. Polished breastplates and gorgets hung from hooks in the rafters, as if invisible soldiers hung there in gibbets for crimes unspoken. Egg-domed helmets were stacked up at the end in gleaming columns, and pitted cast-iron shot lurked in neat stacks at every corner, fists of gloom.

I was flanked by rack upon rack of halberds and lances, lying side-on so that their points walled the walkway. Each vicious spike flickered in the torch-light, staring brutishly back at me, a thousand unmourned deaths each waiting for its turn.


Excerpt from Scatterwood, to be published June 2015

Historical fiction is liberally spiced with violent death: stabbings, shootings, hangings, earthquakes, riots and drownings. This isn’t just in war and adventure: romantic and royal stories are equally packed with murder and execution. I confess that I have enjoyed thousands of gruesome endings since I started reading as a boy.

It was only when I visited Europe’s biggest medieval armoury in Graz that I really felt the industrialization of death. Four floors of glowering steel, forged to keep the terrifying Turkish army at bay: it inspired the scene above (which has never been seen before by anyone!), and the memory is very powerful. I recently visited the Royal Armouries in Leeds, England, and was struck by how they’d arranged the pikes and swords and chest plates in dazzling geometric patterns, the way the gentry used to. It’s beautiful, in a Hannibal Lecter kind of way.

Calumny Spinks, outsider hero of my novel The Bitter Trade, is dragged into blackmail, racketeering and treasonous conspiracy, and has to fight to protect himself and his father. I’ve read a lot of adventure stories, but it still struck me just how big a deal it is to carry a pistol for the first time. To sink a knife into someone’s flesh for the first time. It’s something that Patrick O’Brian writes about beautifully in the Master and Commander series: his scenes of naval bombardment are made raw by the way blood runs from the scuppers.

Like many other readers, I’m drawn to periods where life was more fragile. It makes me feel more alive in today’s safer, more virtual world.

But I’m also fascinated by the industrialization of death, and that’s maybe another reason why the seventeenth century appeals to me as a setting. I grew in the fortress city of Luxembourg, where the Spanish built over 20km of tunnels to withstand sieges. Visiting those armouries is a similar experience to walking in the Spanish casemates: you marvel at the sheer level of engineering and manufacturing required to wage war. It’s much more precise and plotted than medieval combat, and my hero Calumny becomes increasingly disillusioned as he stumbles into the second book.

At Chapter One bookstore, Luxembourg, for an unusual reading event!

Just in case you were feeling too serious after the last paragraph… Let me explain this photo!

It goes back to the middle of the year when we sent some books out to the Sealed Knot, one of the largest English historical reenactment societies, and they invited me down to take part in the Siege of Sherborne Castle in August. I’d been curious about reenactment for a long time. I’m not averse to a bit of dressing up myself – I’d been both Marty and George McFly for Secret Cinema’s Back To The Future night the week before – but wondered what made people do it for a major hobby. But, as you’ve probably guessed by now, I wanted to feel the fear and fury of the battlefield for myself. You can find out more about my experiences at www.piersalexander.com/powder-horn.

Anyway, some reenactor friends came to the London book launch in costume, so I challenged the Luxembourgish society, Milites Viennenses, to do the same – and here they are outside Chapter 1 bookstore in a Luxembourg suburb. Interestingly, it seems that gunpowder accidents are very common on both sides of the English Channel – I heard some bloodcurdling stories…

Whichever era you like to read about – happy time-travelling!

In 1688, torn by rebellions, England lives under the threat of a Dutch invasion. Redheaded Calumny Spinks is the lowliest man in an Essex backwater: half-French and still unapprenticed at seventeen, yet he dreams of wealth and title.

When his father’s violent past resurfaces, Calumny’s desperation leads him to flee to London and become a coffee racketeer. He has just three months to pay off a blackmailer and save his father’s life - but his ambition and talent for mimicry pull him into a conspiracy against the King himself. Cal’s journey takes him from the tough life of Huguenot silk weavers to the vicious intrigues at Court. As the illicit trader Benjamin de Corvis and his controlling daughter Emilia pull him into their plots, and his lover Violet Fintry is threatened by impending war, Cal is forced to choose between his conscience and his dream of becoming Mister Calumny Spinks.

The Bitter Trade won the PEN Factor at The Literary Consultancy’s Writing In A Digital Age Conference. Jury Chair Rebecca Swift (Author, Poetic Lives: Dickinson) said: “The Pen Factor jury selected The Bitter Trade based on the quality of writing, the engaging plot, and the rich and unusual historical context. Dazzling and playful!”

“The ambitious, cheeky Calumny Spinks is a great guide through the sensory overload of 17th century London, in an adventure that combines unexpected insights with just the right amount of rollicking ribaldry. I hope it’s the opener to a series.” - Christopher Fowler, author of the Bryant and May novels

“This debut novel is a gripping evocation of late seventeenth century London, rich in persuasive dialect and period detail and with a bold protagonist. An unusual thriller that just keeps you wanting to know more about the many facets of this story. You’ll never view your coffee in quite the same way again.” - Daniel Pembrey, bestselling author of The Candidate About the AuthorPiers Alexander is an author and serial entrepreneur. After a successful career as CEO of media and events companies he became a Co-Founder and Chairman of three start-up businesses. In 2013 he was awarded the PEN Factor Prize for The Bitter Trade. He is currently working on the sequel, Scatterwood, set in Jamaica in 1692.

Tuesday, October 14
Spotlight & Giveaway at Passages to the Past

Thursday, October 16
Spotlight & Giveaway at Peeking Between the Pages

Tuesday, October 21
Review at Oh, For the Hook of a Book!

Wednesday, October 22
Interview at Oh, For the Hook of a Book!

Tuesday, October 28
Spotlight at What Is That Book About

Saturday, November 1
Review at With Her Nose Stuck in a Book

Monday, November 3
Review at Book by Book
Review & Interview at Dab of Darkness