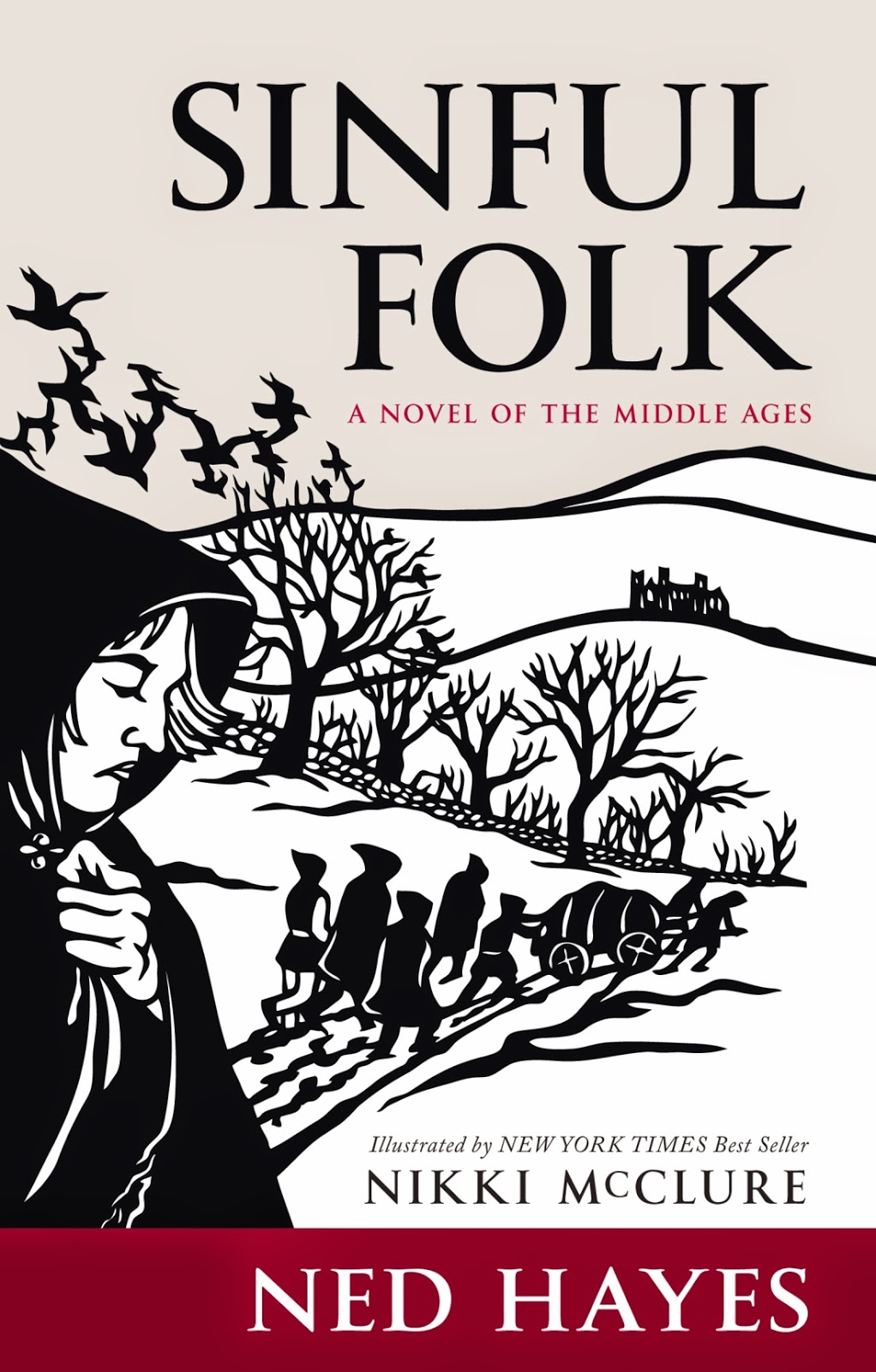 A tragic loss. A desperate journey. A mother seeks the truth.

In December of 1377, four children were burned to death in a house fire. Villagers traveled hundreds of miles across England to demand justice for their children’s deaths.

Sinful Folk is the story of this terrible mid-winter journey as seen by Mear, a former nun who has lived for a decade disguised as a mute man, raising her son quietly in this isolated village. For years, she has concealed herself and all her history. But on this journey, she will find the strength to redeem the promise of her past. Mear begins her journey in terror and heartache, and ends in triumph and transcendence.

Praise for Sinful Folk
In December of 1377, five children are burned in a suspicious house fire. Awash in paranoia and prejudice, the fathers suspect it is the work of Jews and set out to seek justice from the king, loading the charred bodies of their boys onto a cart. Unbeknownst to them, among them is a woman, Mear, who has been hiding out in the town for the past 10 years posing as a mute man. It is a treacherous journey, for their rations are spare and the weather is brutal. And always, they are haunted by the question, Why were their boys in Benedict the weaver’s house, and who would do this to them? Mear, ever resourceful, not only watches for clues to unravel the mystery but also provides invaluable aid in finding their way, for she has traveled this way before and is the only literate one among them. The reason for her false identity is slowly revealed as the villagers are chased by bandits and must overcome numerous obstacles, hunger and fear among them. Brilliantly conceived and beautifully executed, Hayes’ novel is woven through with a deep knowledge of medieval history, all conveyed in mesmerizing prose. At the center of the novel is Mear, a brave and heartbreaking character whose story of triumph over adversity is a joy to read. –Joanne Wilkinson, Booklist *Starred Review*

“A pilgrim tale worthy of Chaucer, evocative, compelling and peopled with unforgettable characters artfully delivered by a master storyteller.” – Brenda Rickman Vantrease, bestselling author of The Illuminator and The Mercy Seller

“Suspenseful, page-turning mystery of a mother pursuing the truth… Every reader will come to love the brave and intrepid Mear, a most memorable character in a most memorable story.” – Jim Heynen, award-winning author of The Fall of Alice K.

“Sinful Folk is a work of art. Miriam’s story is a raw and brutal and passionate tale, but her story touches the reader because it’s a timeless story – a wonderful portrayal of medieval life. Highly recommended.” – Kathryn Le Veque, bestselling author of The Dark Lord and The Warrior Poet

“A suspenseful and mesmerizing tale full of rich and vital characters. Ned Hayes crafts a narrative that shows a devotion to craft in each word.” – Renée Miller, editor of On Fiction and author of In the Bones

About the Author
Ned Hayes is the author of the Amazon best-selling historical novel SINFUL FOLK. He is also the author of Coeur d’Alene Waters, a noir mystery set in the Pacific Northwest. He is now at work on a new novel, Garden of Earthly Delights, also set in the Middle Ages.

Ned Hayes is a candidate for an MFA from the Rainier Writer’s Workshop, and holds graduate degrees in English and Theology from Western Washington University and Seattle University.

Born in China, he grew up bi-lingually, speaking both Mandarin and English. He now lives in Olympia, Washington with his wife and two children.

For more information please visit www.sinfulfolk.com and www.nednotes.com. You can also find him on Facebook, Twitter,Pinterest, Booklikes, YouTube, Google+, and Goodreads.

Follow the instructions on the Rafflecopter form below to enter for a chance to win a paperback copy of Sinful Folk (Open to U.S. and U.K. only)!